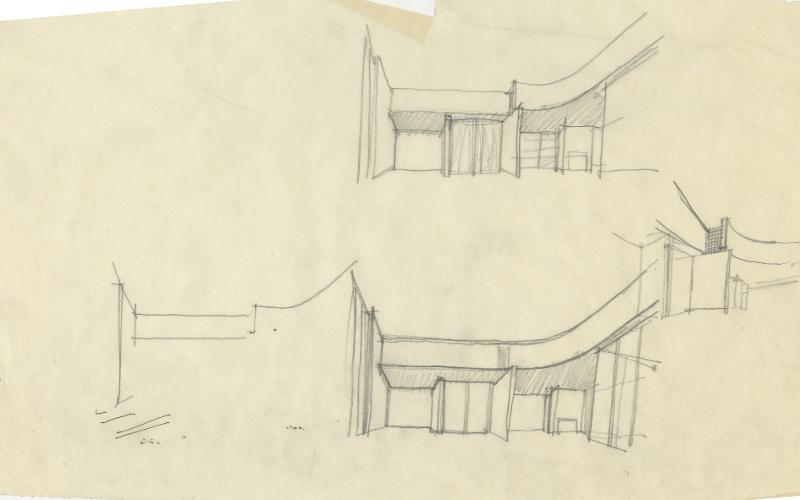 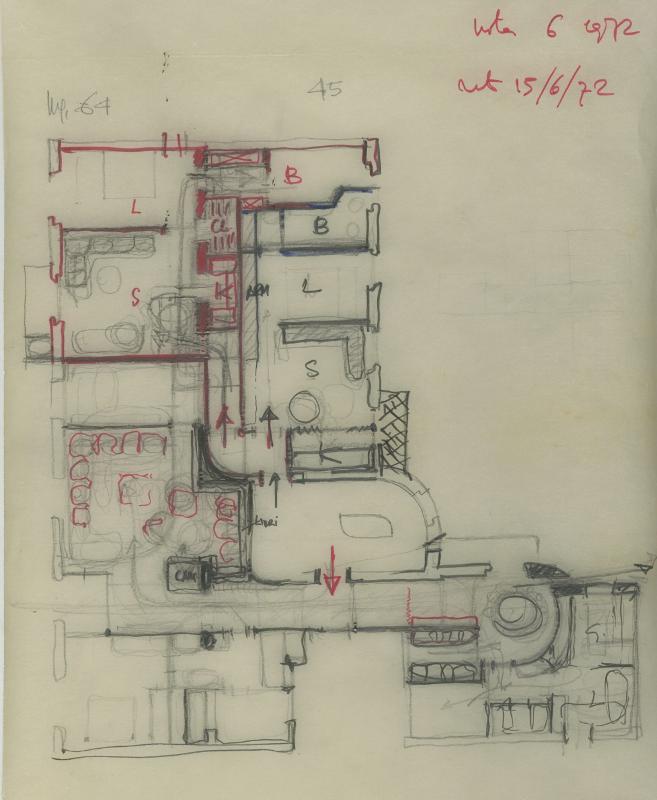 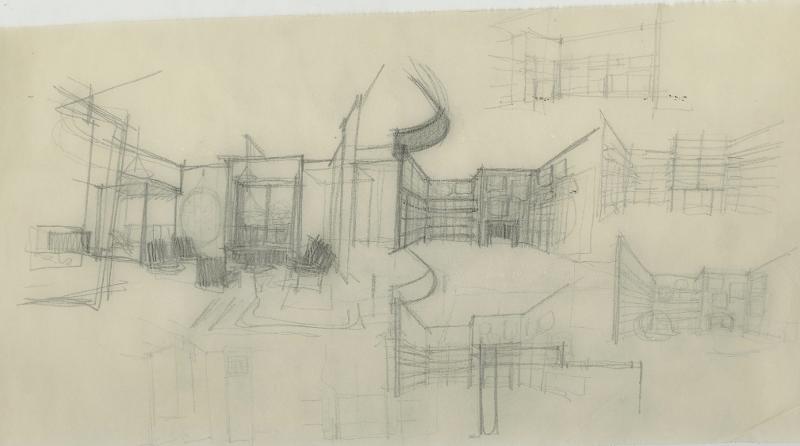 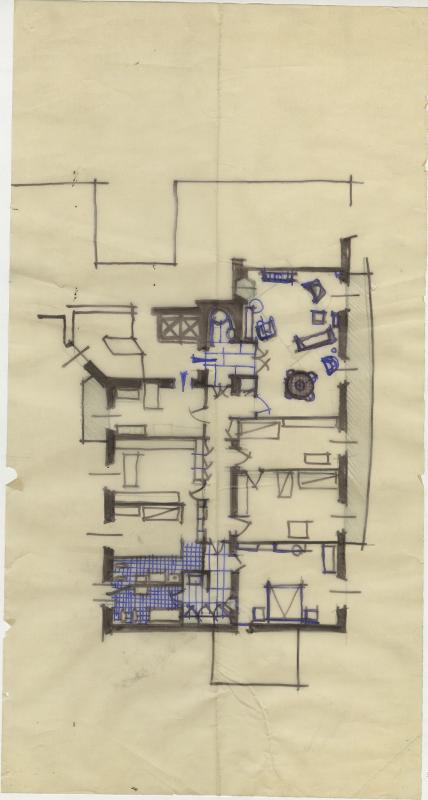 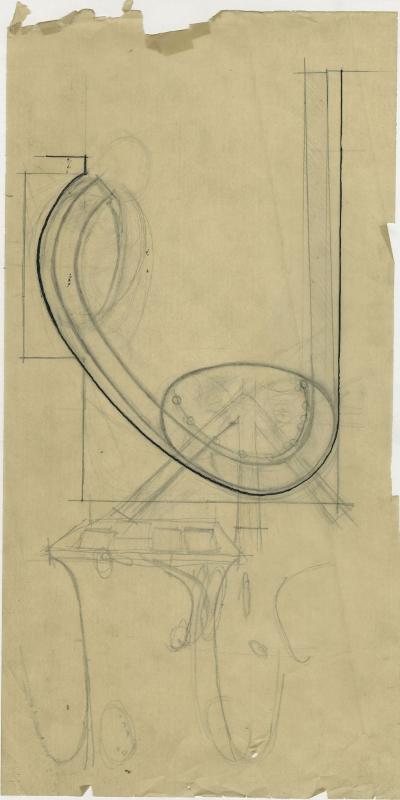 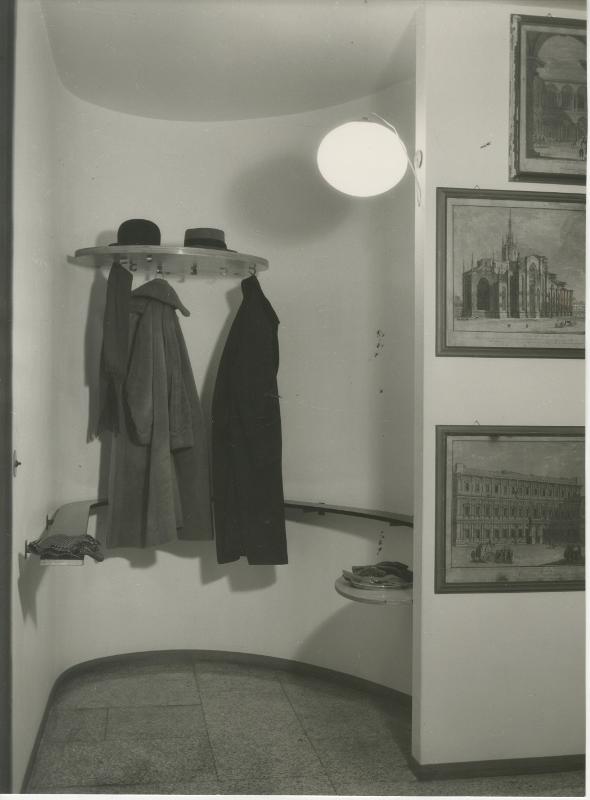 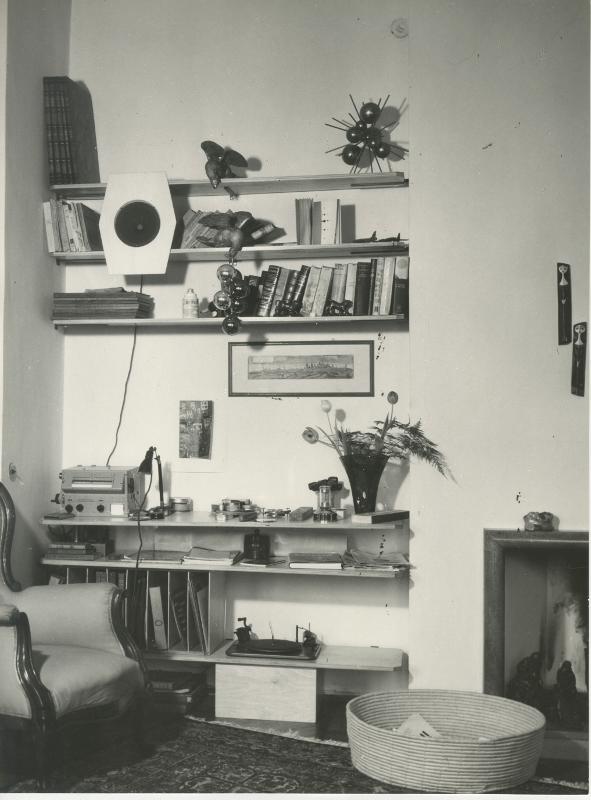 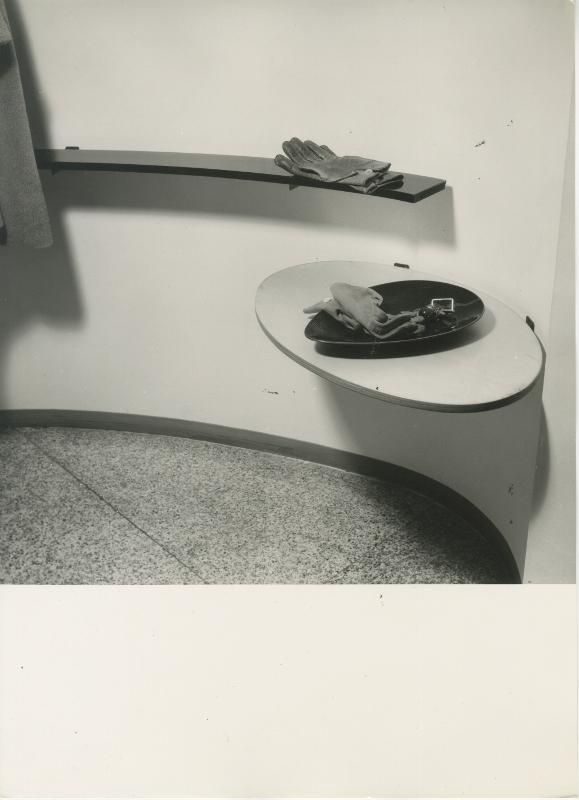 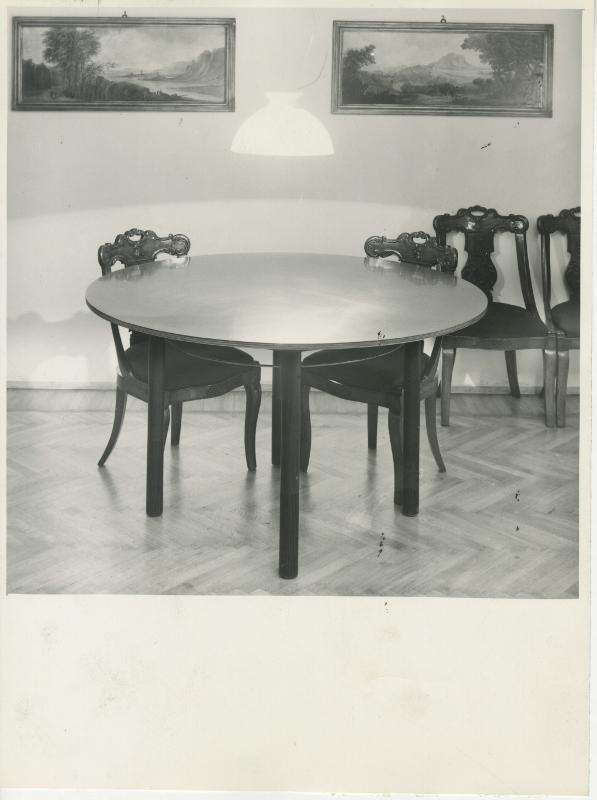 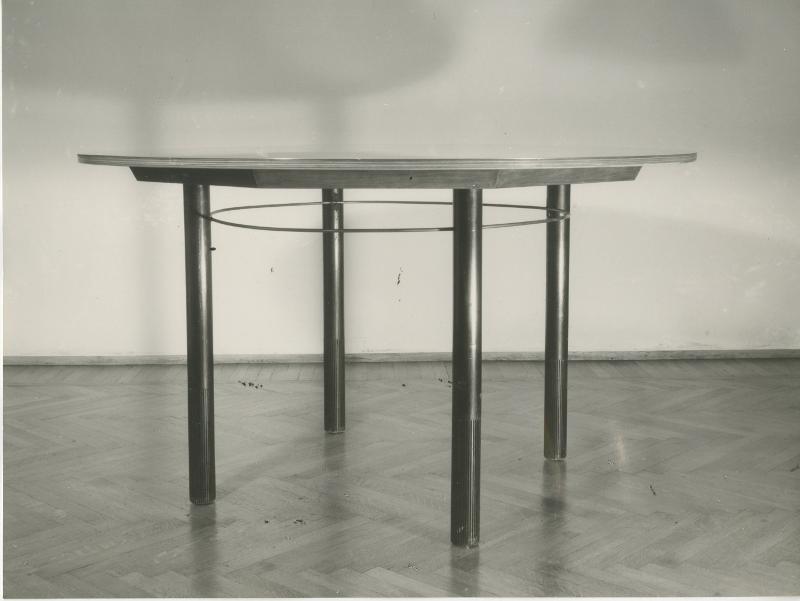 The apartment Magistretti lived in from the mid fifties onwards is part of a building designed by his father, Pier Giulio Magistretti. Vico designed the apartment in two separate stages: the first restructuring project dates to 1953, while the enlargement was implemented roughly in 1972 when a few adjacent rooms (now empty) were incorporated. The project also involved partially redesigning the floor plan of the rooms. The design of the apartment (1953) is based on the classical floor plans of late nineteenth-century houses: an entrance followed by a long central corridor: although the latter is a service space Magistretti studied it as thoroughly as he did all the other spaces and rooms. At the end of the small hall with its big white granite floor there is an elliptical corner niche used as a big coatroom; it has a painted wooden shelf running around the entire perimeter and two birch plywood ledges at different heights which act as a table top, clothes rack and hat rack.

The main feature in the living room, beyond the entrance and behind a double door, is the view of the church of Santa Maria della Passione. The corridor on the opposite wall leads to the bedrooms and facilities. The curves in the entrance are proposed again in the false ceiling of the studio; they 'shake up' the extremely rigid volumetric layout imposed by the traditional shape of the apartment.

The design of the furnishings is based on the dialectic juxtaposition of antique and modern: Louis Philippe chairs are arranged around a round table designed by Magistretti: the plywood top, covered by a sheet of brass, rests on ebony legs; formal eighteenth-century chairs and furnishings line the walls, one of which is completely covered in poplar panels that act as a curtain backdrop for the informal display of modern prints and unframed family photographs; an extremely modern bookshelf created by simple juxtaposing plywood shelves and boxes is inserted in a recess next to the pre-existing fireplace.

The panelling was also proposed in the bedroom; it was turned into a continuous headboard hiding the door of a wall-to-wall wardrobe; the small, serial-produced tables attached to the wardrobe function as bedside tables. The room also had a rustic dresser and wooden and metal seats.