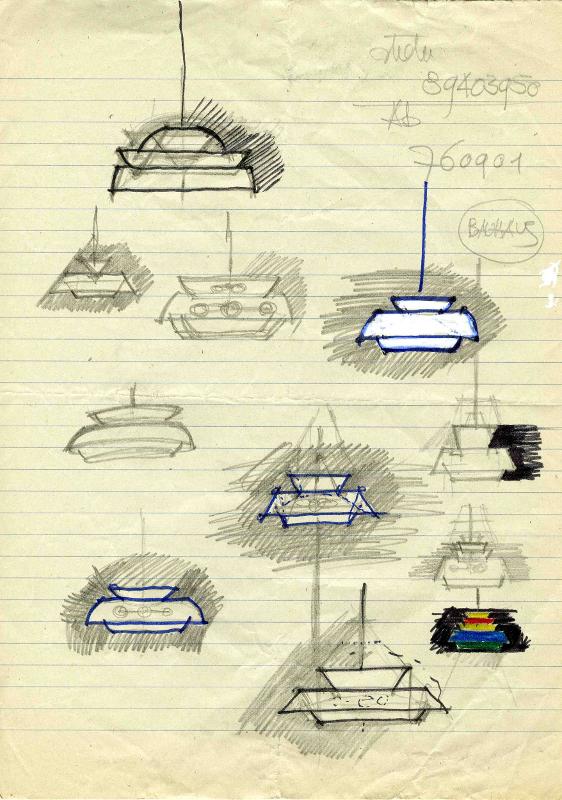 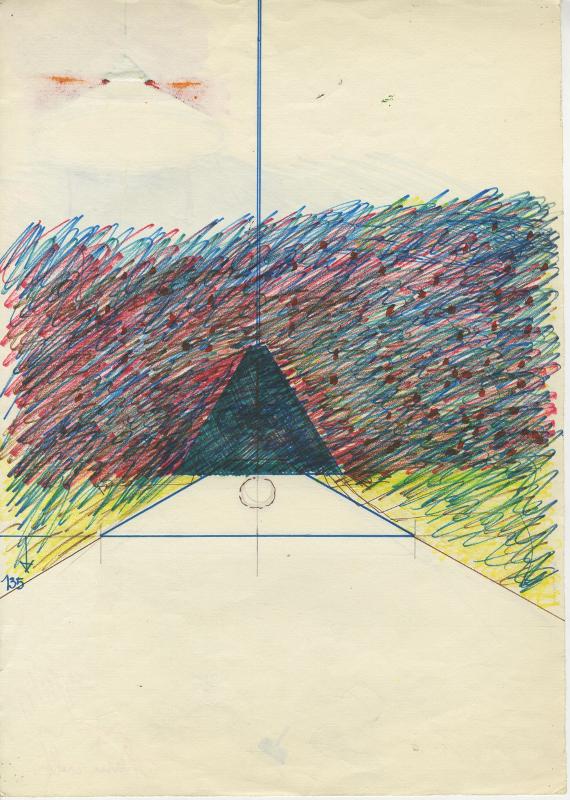 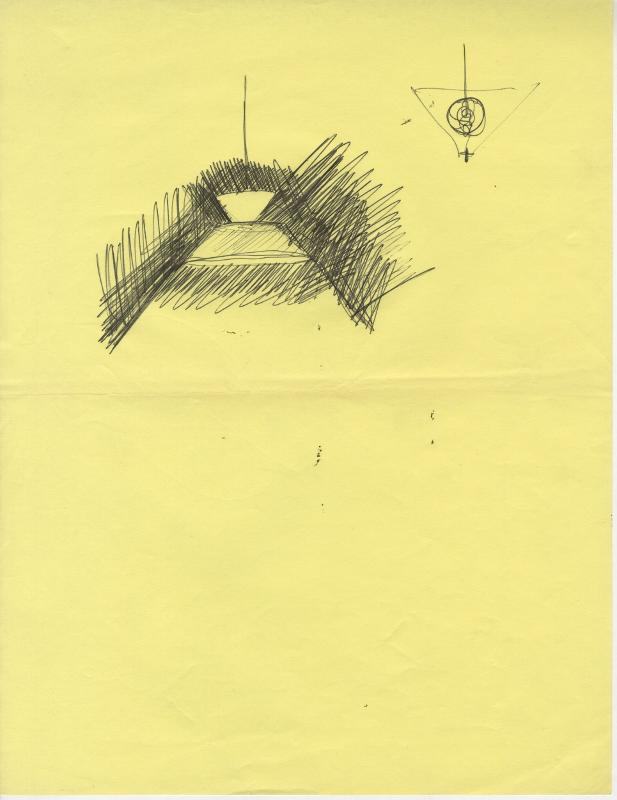 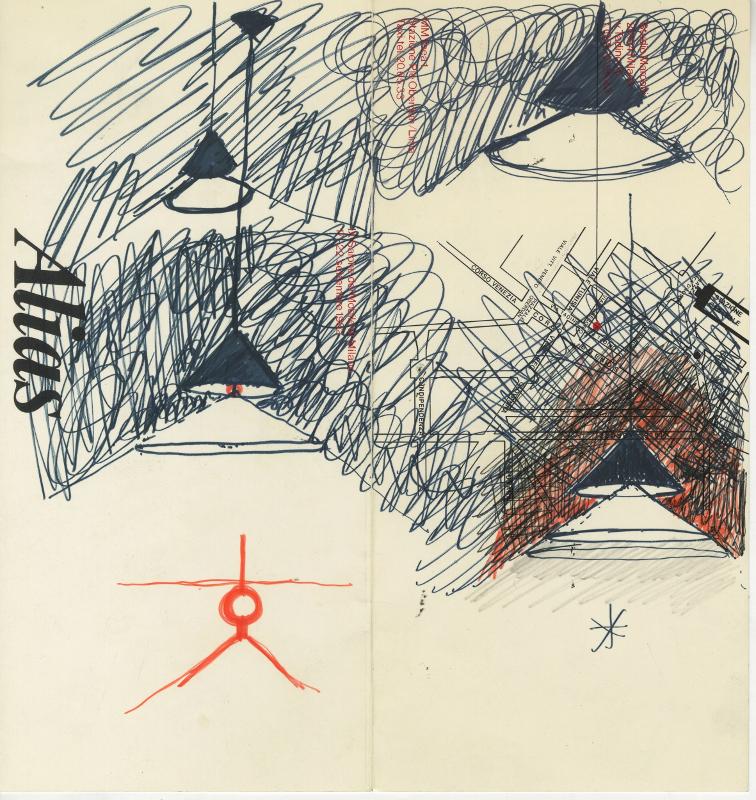 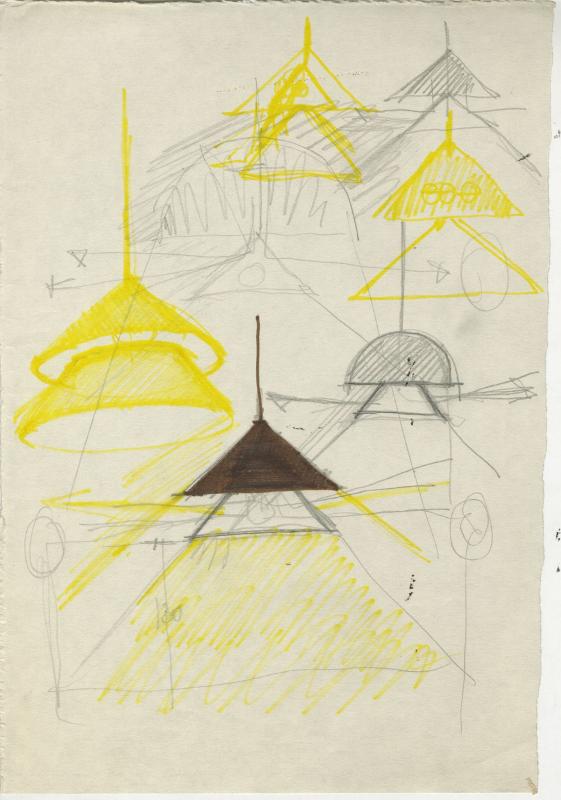 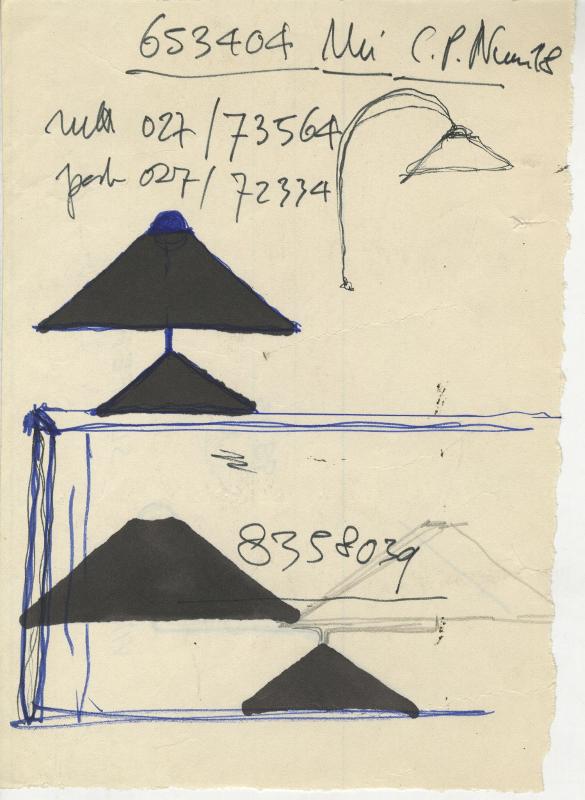 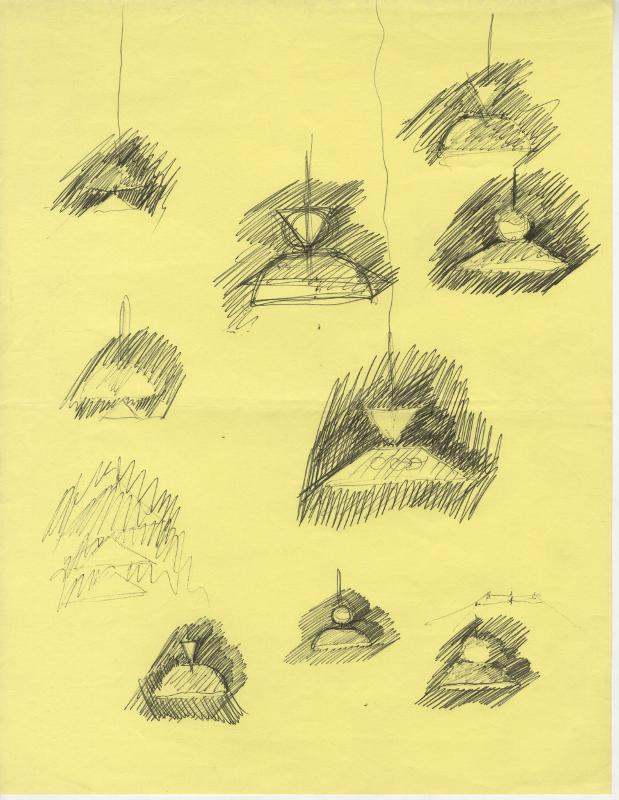 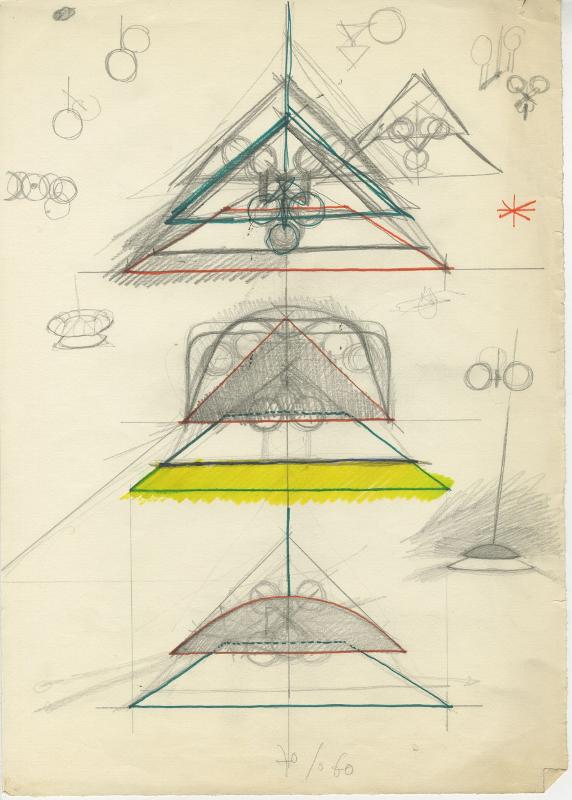 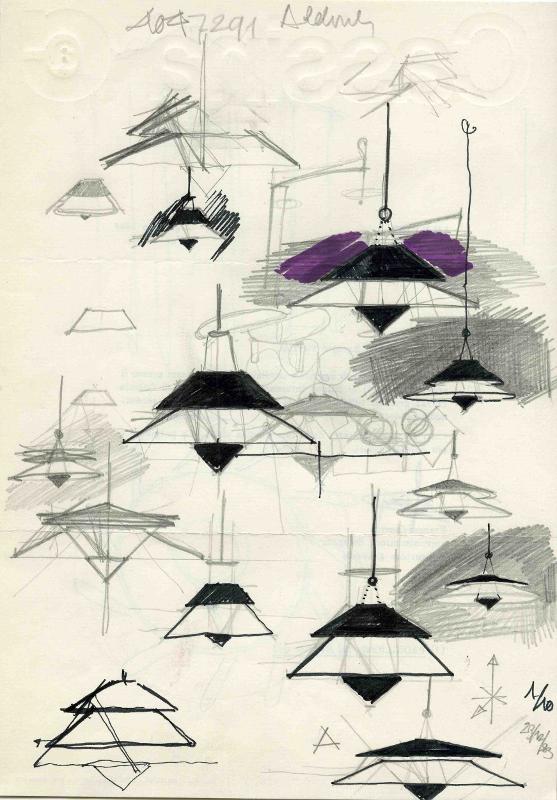 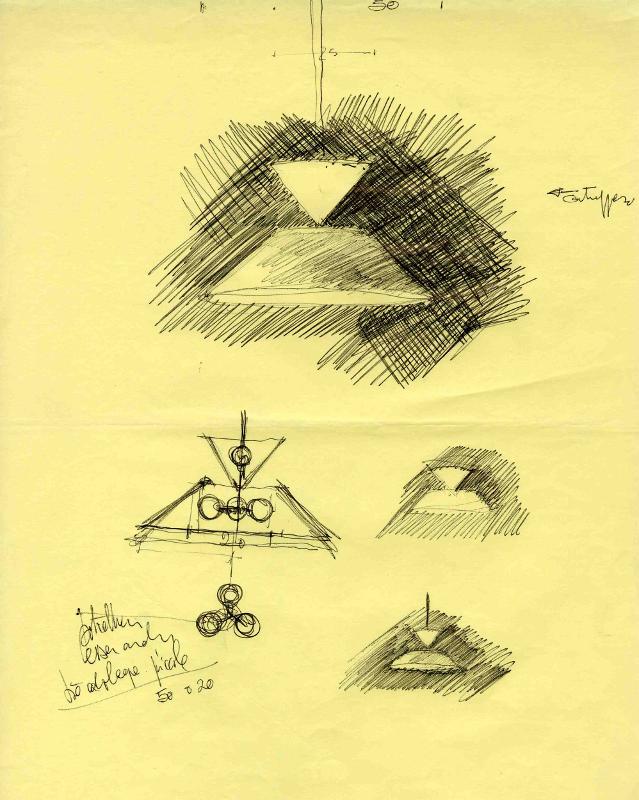 The pendant lamp (model 440) consists of two black- or white-painted bodies connected by two rigid rods. The upper body acts as the reflector (in the black version, it is internally painted white) and the bottom body is in turn composed of two parts: a cone-shaped element that contains the incandescent light source and a truncated conical element that concomitantly acts as a screen and a reflector. The lamp is directly suspended from the hemispherical black or white PVC canopy with a black electric cord. A single-diffuser version (model 440/V) with a hemispherical acid-etched opaline Murano blown glass crown was proposed in the early ?90s.