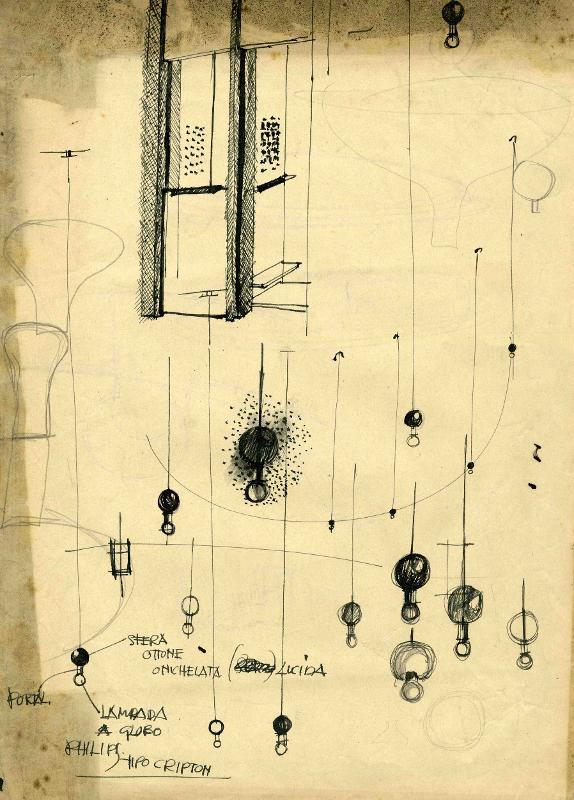 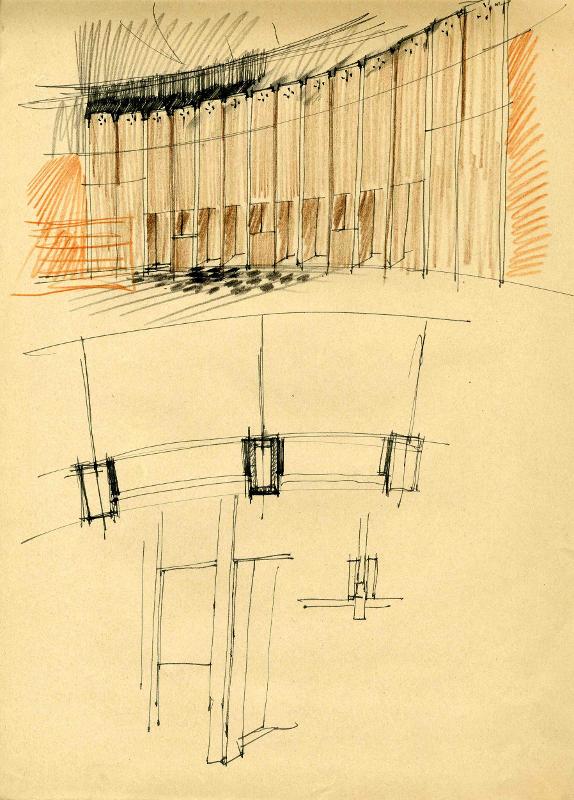 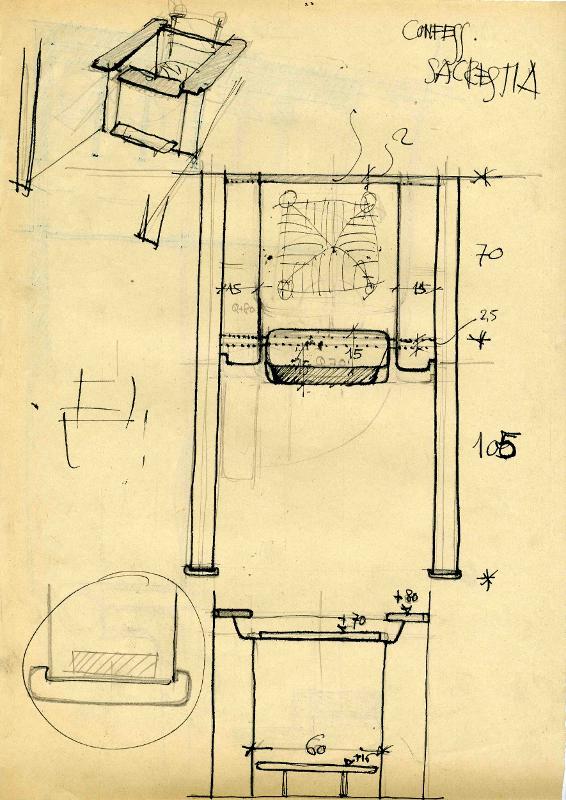 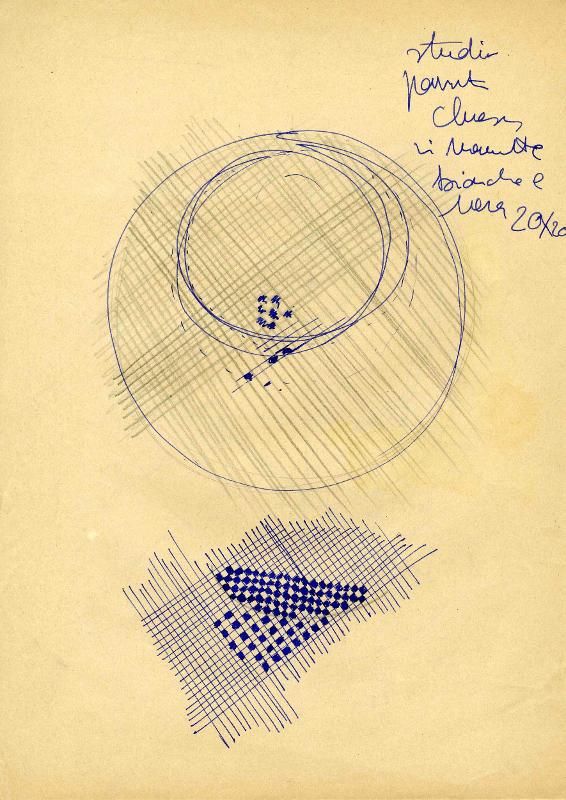 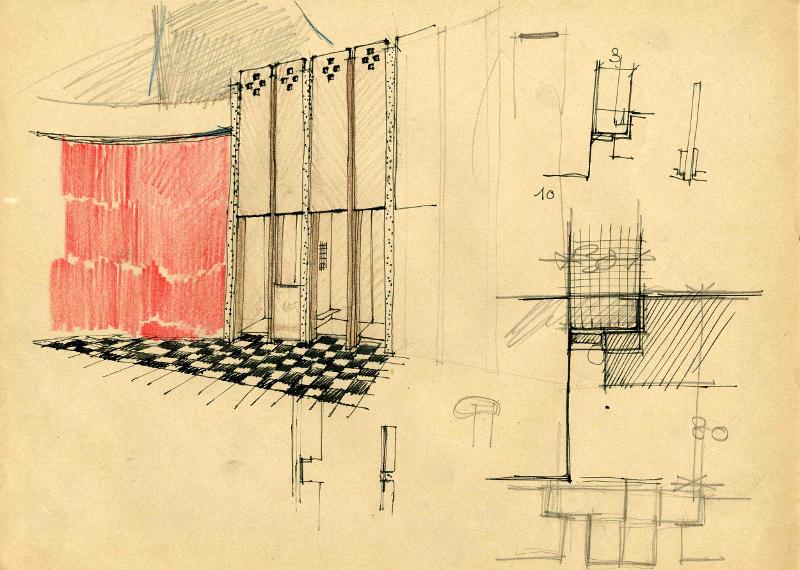 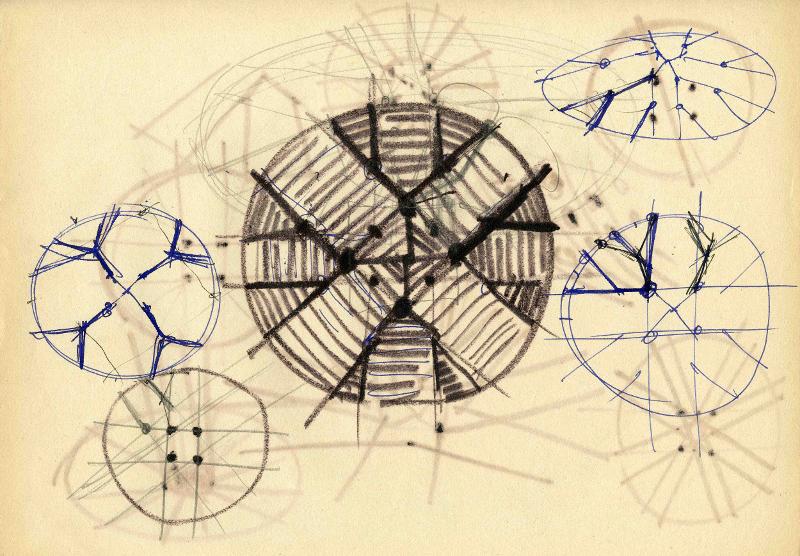 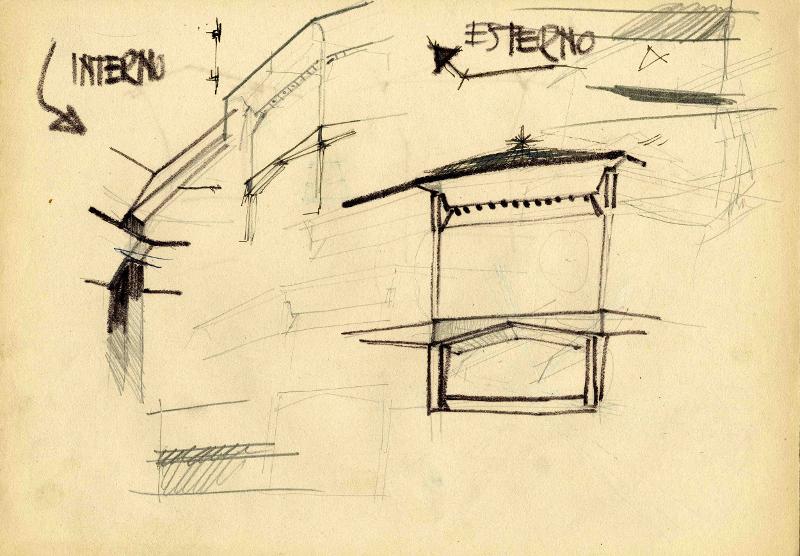 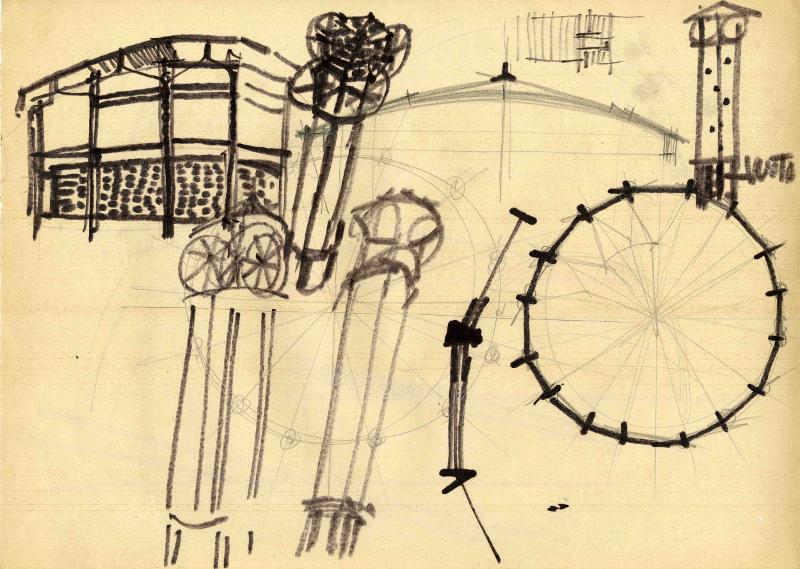 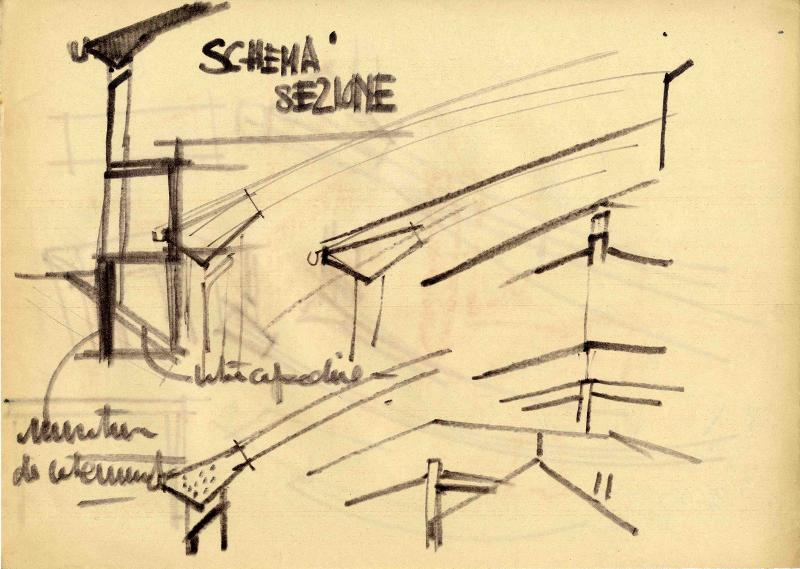 The church of Santa Maria Nascente is one of the few public buildings actually built in the QT8 neighbourhood; compared to the original project, however, its current service facilities were downsized.

The main building in the complex is a hall with a circular plan inscribed in an eccentric, sixteen-sided polygon generating a porticoed base resting on reinforced concrete columns behind which there is an exposed brick wall circling the liturgical area. The portico acts as a base for an upper ring, plastered and with a continuous slit in the intrados of the conical roof, originally protected by channel tiles.

Brick is also used for the church interiors; its texture acts as a backdrop for the ritual furnishings and objects made exclusively in walnut wood (the baptismal font, the choir, the pews for the faithful). The decision to use exposed brick inside the church was taken after a study of the acoustics which prompted the construction of a brick wall "covering and protecting the absorbent plaster of the inner face of the perimeter wall and trapping the incident sound waves" (Design report, undated, no page). The furnishings were carefully studied, especially the natural walnut panelled confessionals that visually merge with the entrance doors to the sacristy and rise upwards to create a parapet in front of the choir. There is also a remarkable lighting system: sixteen lamps hanging on cables maintained taut by the weight of a brass ball over the lamp-holder. The lamps are positioned on an eccentric circumference compared to the plan so as to create, in perspective, a crown of lights that seem to float over the altar.

The baptistery and the rectory are located next to the church; exposed brickwork was used for the circular plan baptistery while dedicated walkways connect the rooms in the rectory directly to the church. Two sacristies, the parish offices, the archive, the library, the priest's apartment, and a meeting room are located on the ground floor. The two apartments with a veranda on the upper floor overlook the parvis. The library and meeting room can be reached directly from the veranda.

Several drafts were made of the design. The first was signed by Magistretti and Mario Tedeschi and produced in order to participate in a national competition sponsored by the organisers of the VIII Triennale (1947). That was the year when most of the competitions for buildings to be constructed in the QT8 neighbourhood were actually launched. Having been declared the winners, the two architects had to wait six years before the first solution - largely unchanged except for an updated circular plan - became the definite project plan in 1953. Work advanced rapidly and the church was finished in 1955.

In 2007 the channel tiles on the conical roof of the church were replaced by the current roof (copper sheeting). In addition, the external plaster finish and floors were renovated, the drainpipes replaced, and the windows repainted.

Appartamento Bordogna in via Pagano, Milano1946

Appartamento Barberi in via Venini, Milano

Edificio per uffici in via Solari, Milano