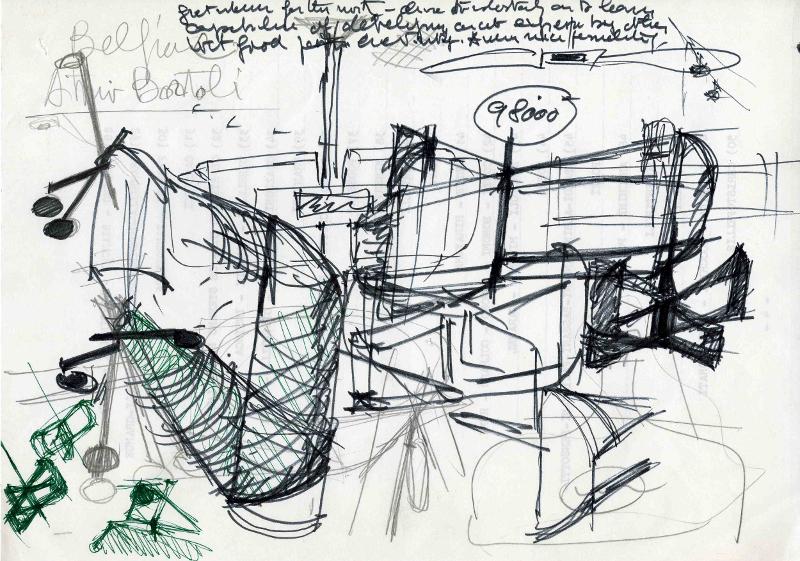 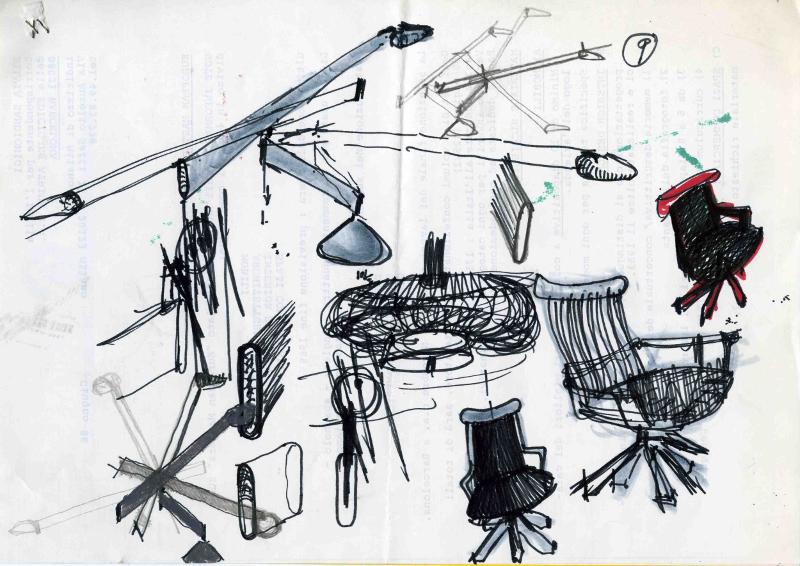 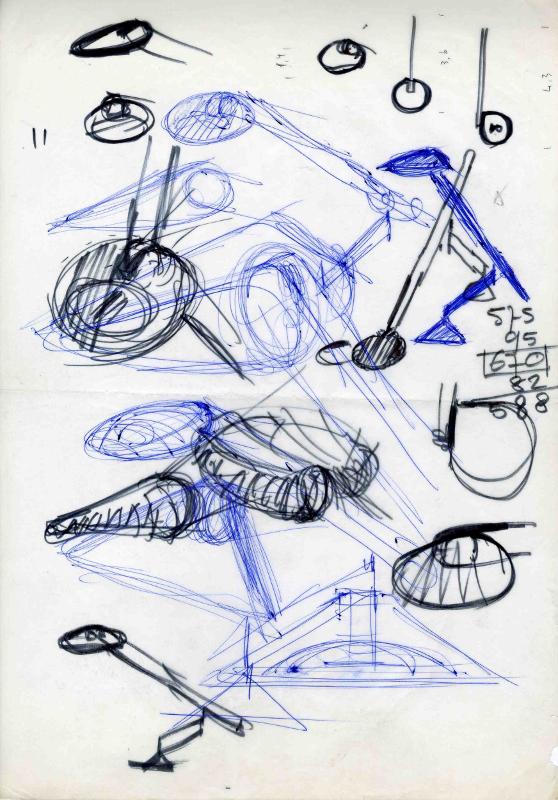 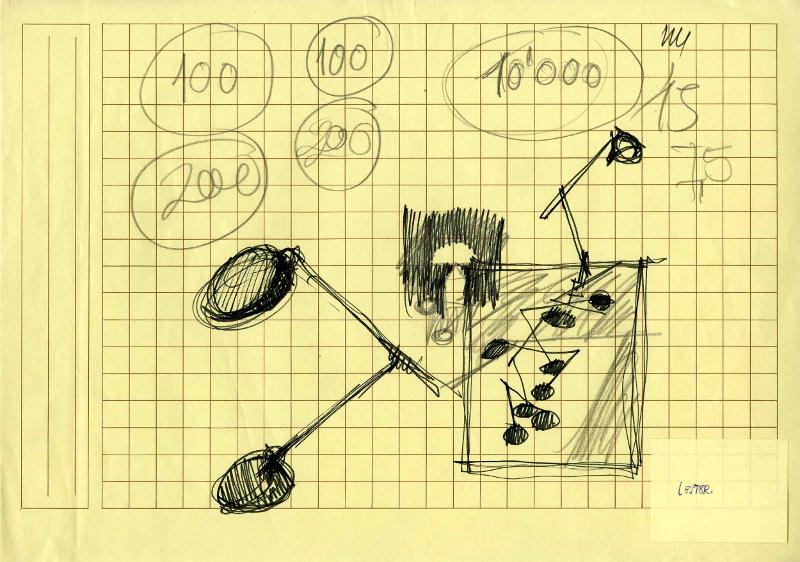 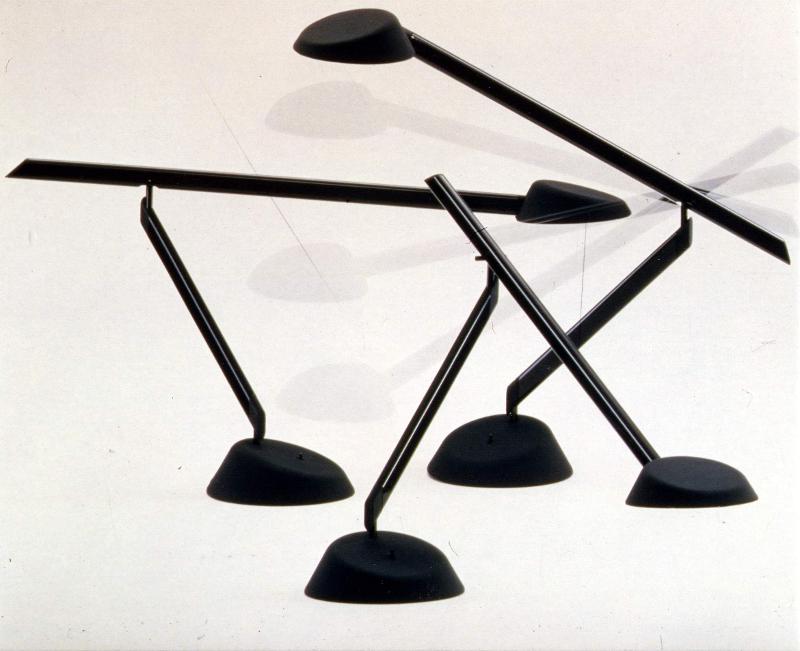 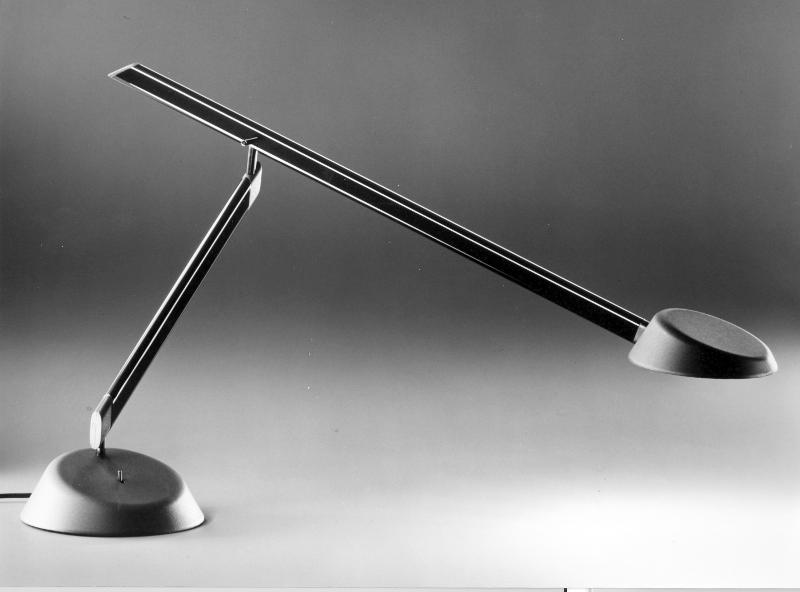 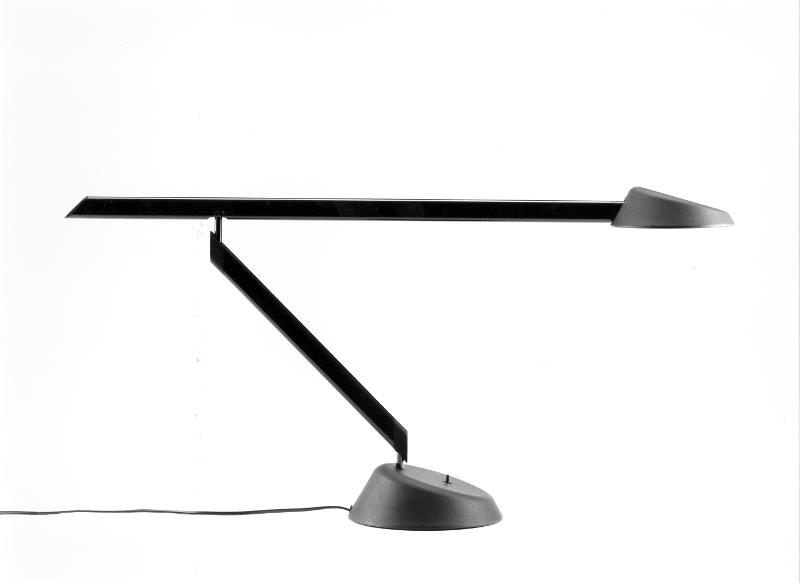 "A project comes up when you need one. I don't like over-mechanized table lamps, such as the ones for drawing, and I thought it could be possible to do something for 50-watt lamps", said Magistretti in an interview on the 360-degree directable table lamp NAMEd after the jockey Lester Piggott that, by housing all the mechanical parts, including the electric circuitry, conveys an image of simplicity when placed on the desk or worktable. Placed on a moulded painted cast iron base, covered by moulded black nylon, Lester mounts a first rotating arm and a second rotating and tilting arm that creates an innovative patented movement that enables the reflector to keep persistently horizontal in any position. The reflector consists of a moulded shell in printed black nylon that houses a halogen lightbulb.