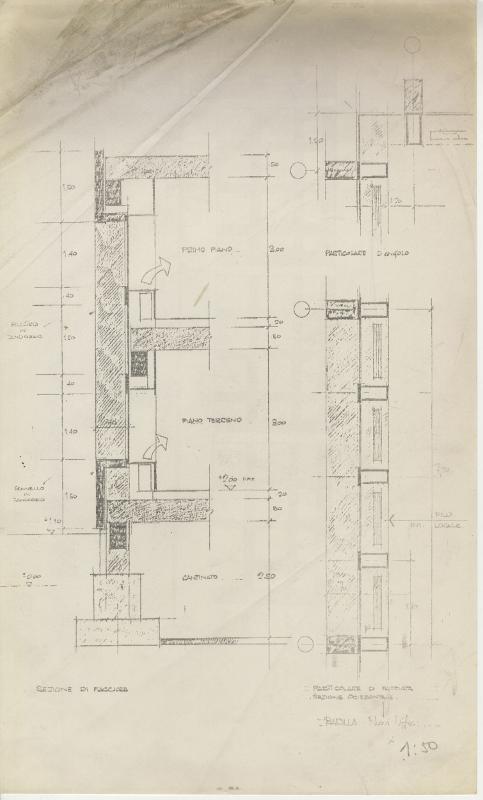 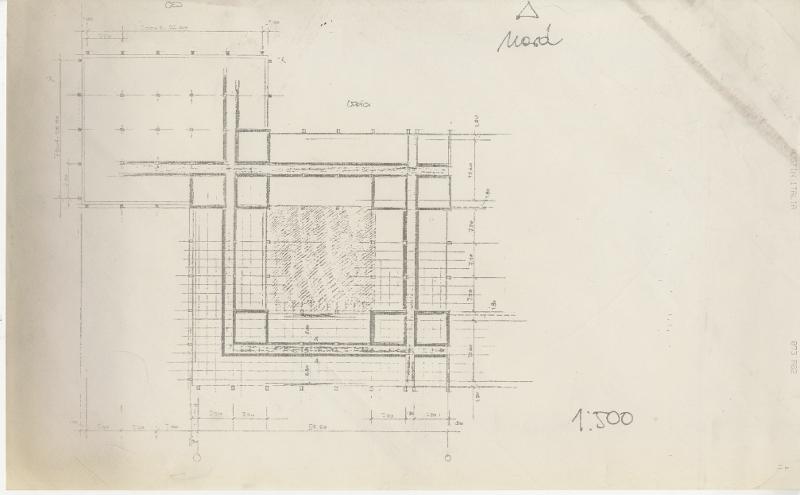 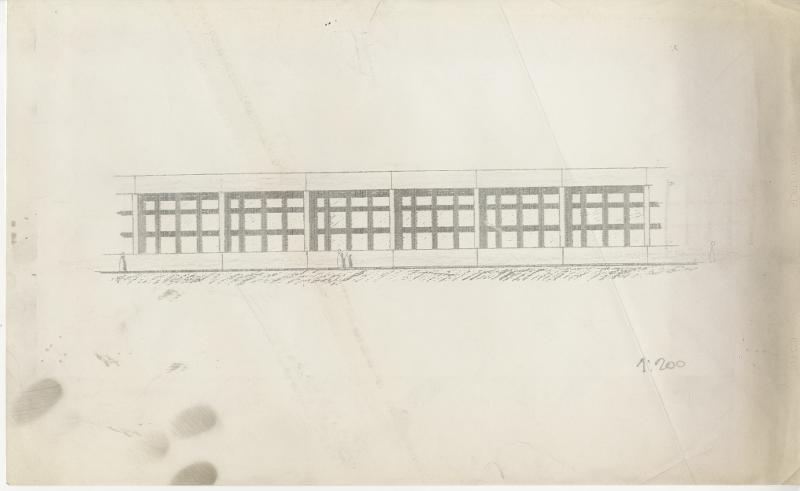 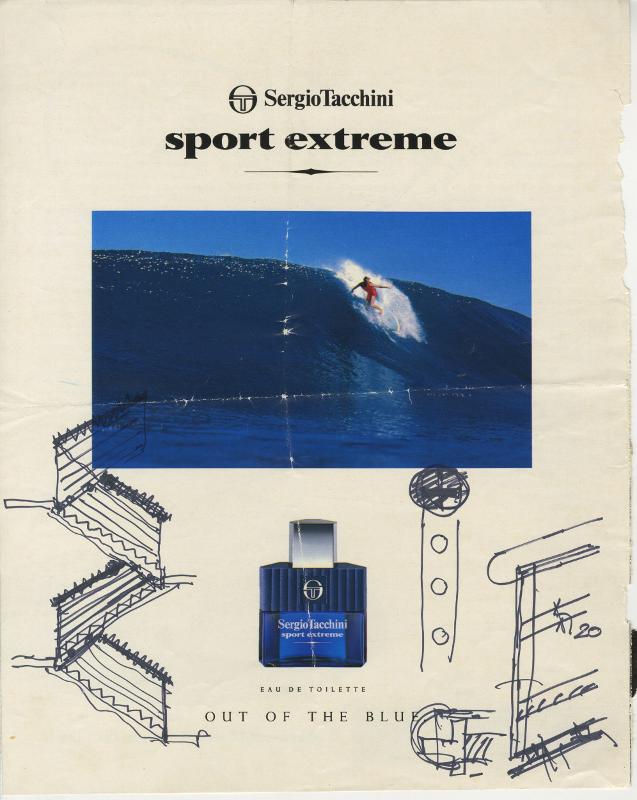 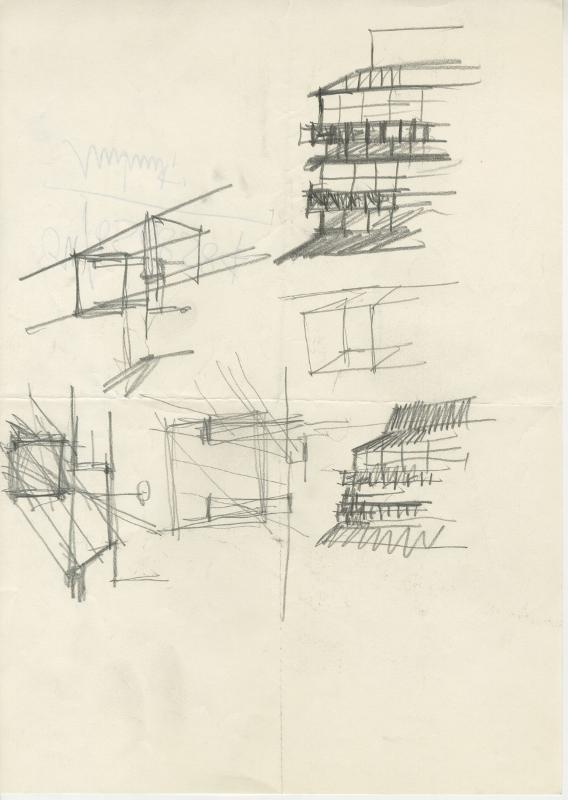 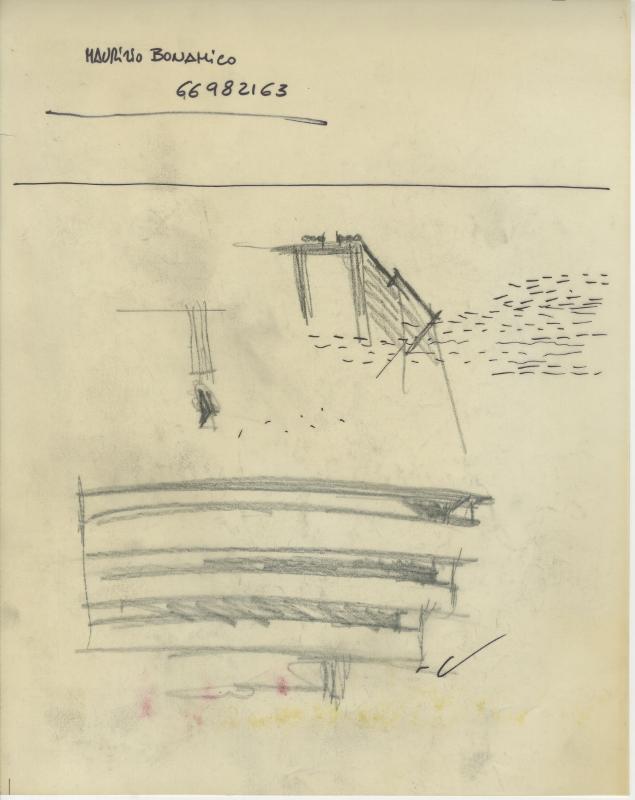 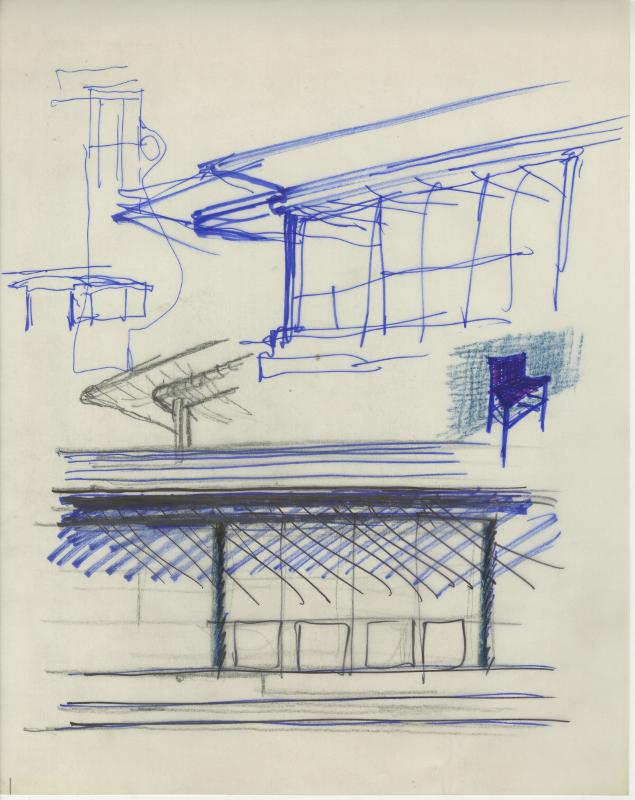 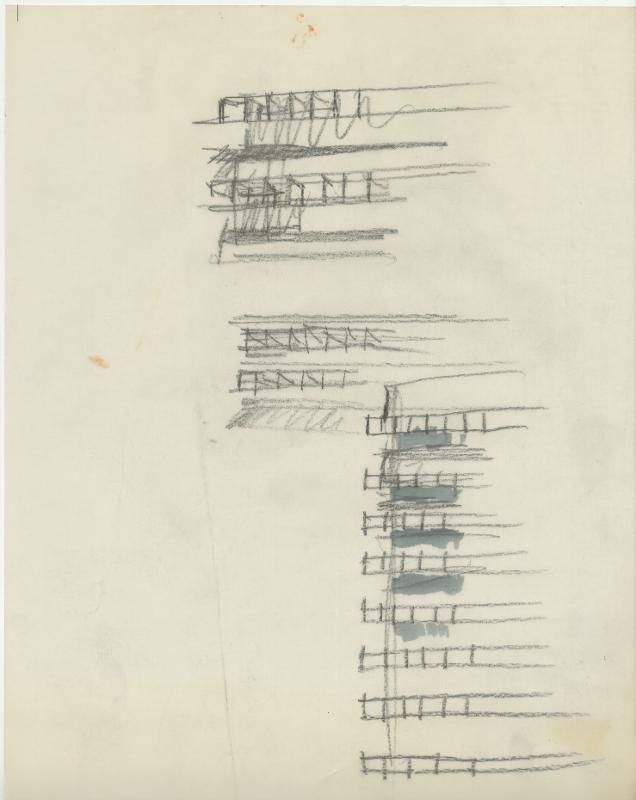 Windows: painted aluminium the windows of the office building are made of painted, thermal cut aluminium with large expanses of reflective double glazing framed by horizontal strips of modular prefab concrete panels with superficial Zandobbio grit finishings, similar to those on the façades of the existing building

The project designed in 1991 envisaged the construction of a two floor building with six square office towers plus, to the north, a single story building for the new canteen and tech centre. In October 1992, when all the major construction work had been completed according to Magistretti's design and the focus was shifting to the interiors, Barilla asked Austin Italia to perform a study to assess the feasibility of building a third story above the roof of the completed building. He proposed a structural solution - steel piers and beams - to reduce the additional loads to a minimum since the latter weighed only on the main building of the complex. However, raising the building involved almost completely incorporating the six towers which as a result disappeared from view.

The new office building consists of two separate volumes: the administrative offices in the main building (the third floor added in 1992 was reserved for the offices of the President and management) and the data processing centre in the smaller building embedded in one of the corners of the main building.

The six square towers give onto two spacious windowed patios, the main access route to the first floor. The staircases, lift shafts and office air-conditioning systems are located in the towers. After 1992 the remaining part of the towers rising out of the additional second floor roof was clad in horizontal, painted aluminium staves.

Given the representative role of the building (the first building visible from beyond the property), great care was taken in the design of several crucial details: in particular, the two big semicircular canopies, one over the main entrance and the other at the entrance to the data processing centre in the corner between the bigger and smaller buildings. The big entrance canopy visibly characterises the main building (7.20 metres long, 2.30 metres high, jutting out 5.20 metres from the surface of the façade); it is preceded by a flight of granite steps, also semicircular, and a hairpin bend access ramp with a wide flower bed.

The double curvature of the upper part of the aluminium canopy required an ad hoc design; it was production by Icras, the company in Rovereto that also manufactured other industrial aluminium components for the two new buildings. The canopy consists of a big extruded aluminium pipe, folded to create the edge of the disc to which the aluminium structure is welded; the aluminium wedges were then "stretched" onto the structure to create the double curvature. The panels of the canopy resting on two steel columns run between the columns and the façade. The small canopy over the entrance to the data processing centre is similar in style.

The other building is the single story canteen building. It has an initial avant-corps with facilities and changing rooms, and a main building with the canteen, kitchen, cold storage, washing rooms and staff facilities. The tech centres (thermal power station, cold storage facility, electric cabin) are at the rear. The canteen has two internal patios, making the area more comfortable and enjoyable.

A short glass tunnel runs between the two buildings, however the most striking architectural feature of the new complex is the big canopy/roof jutting out two metres from the façade; it circles the entire perimeter of the canteen building, while the avant-corps is closed at the top by dark, square eaves. The canopy was made using seamlessly-assembled painted aluminium elements.

Appartamento Magistretti in via Passione, Milano1997

Showroom Schiffini in via Passione, Milano1994

Casa in via Scaldasole, Milano