The building in Piazzale Dateo, Milan 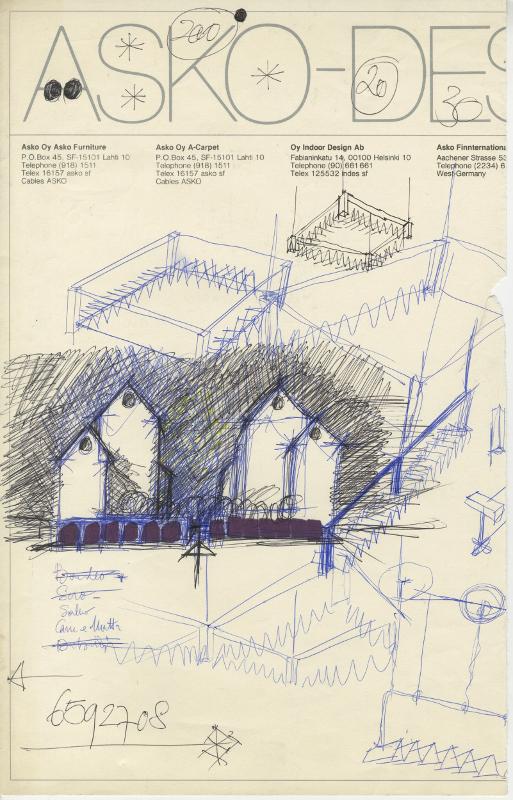 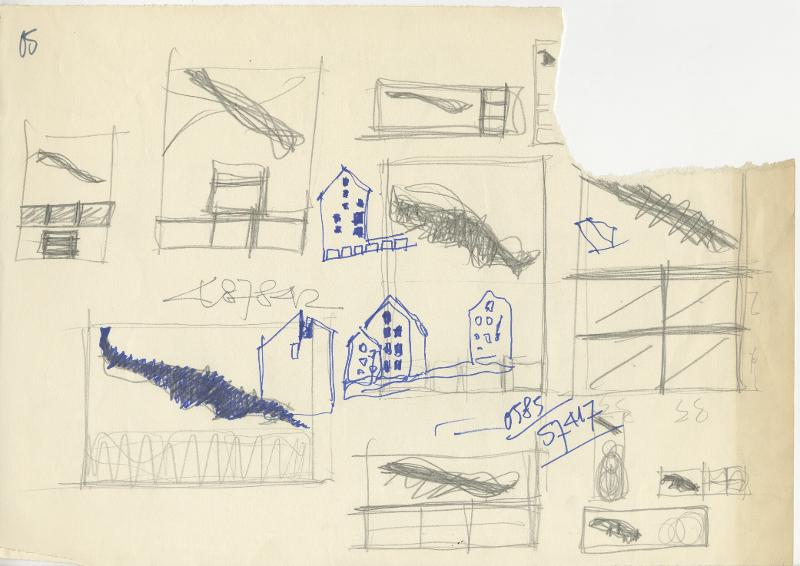 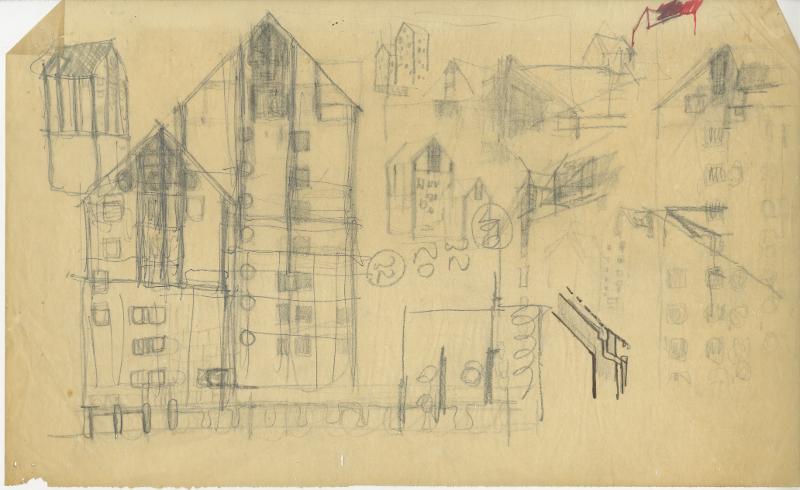 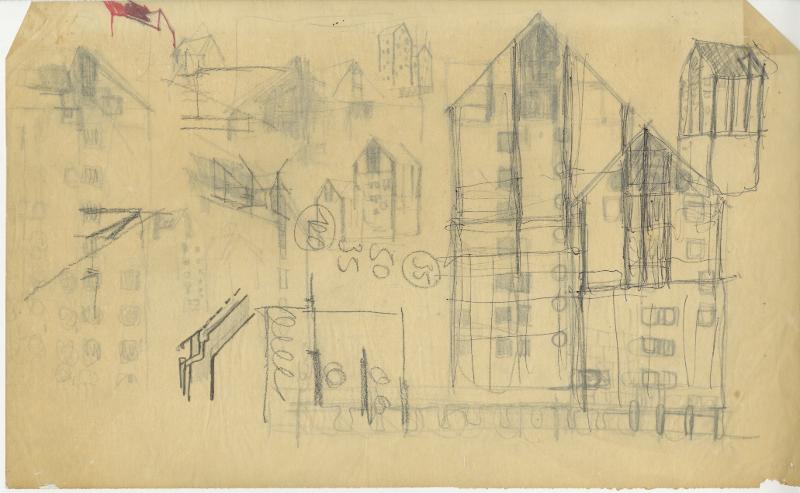 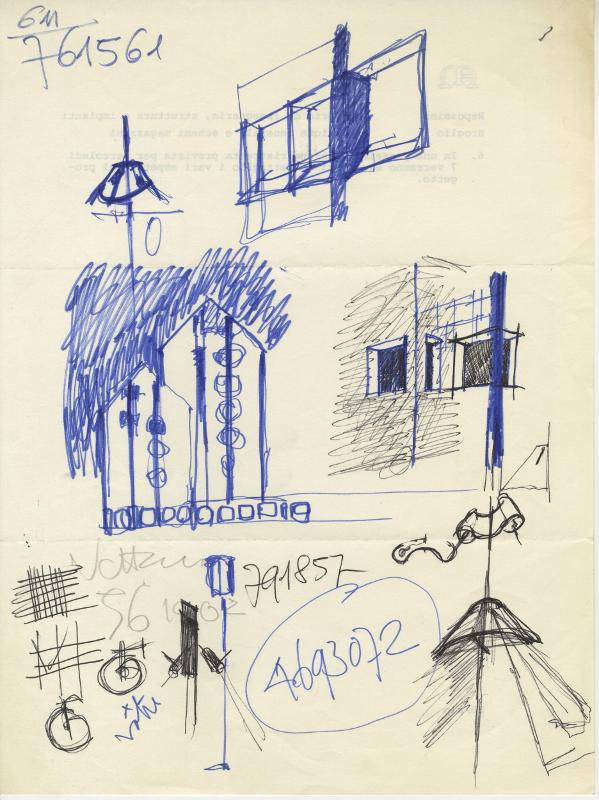 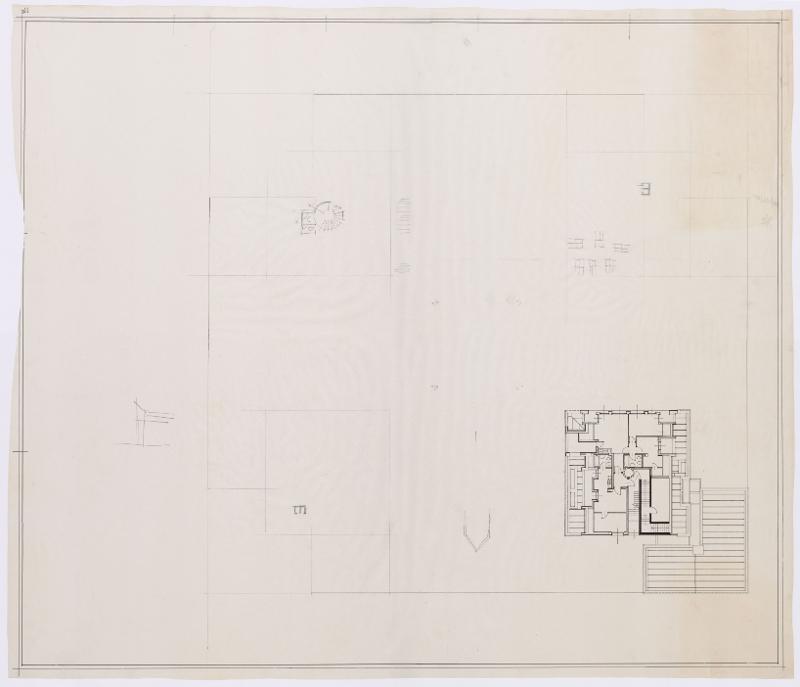 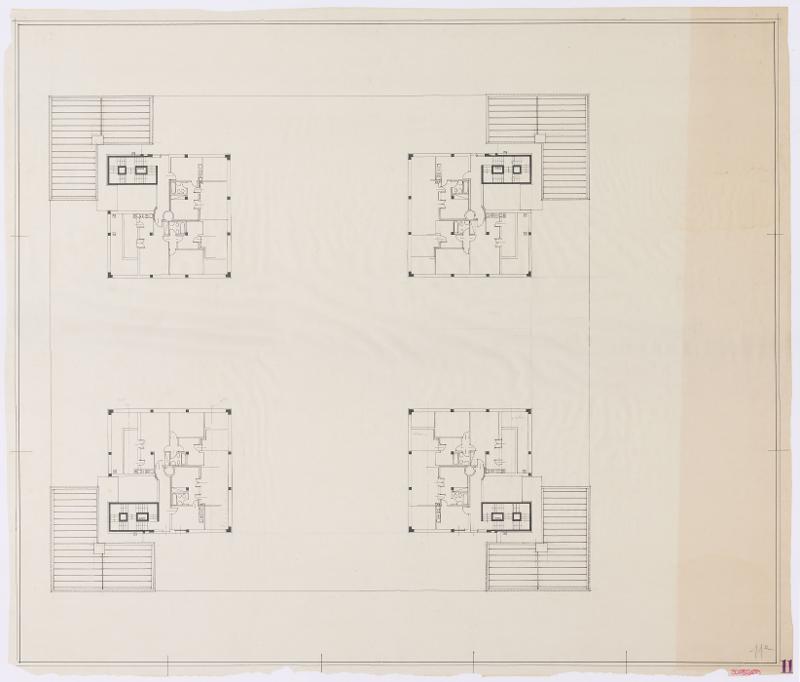 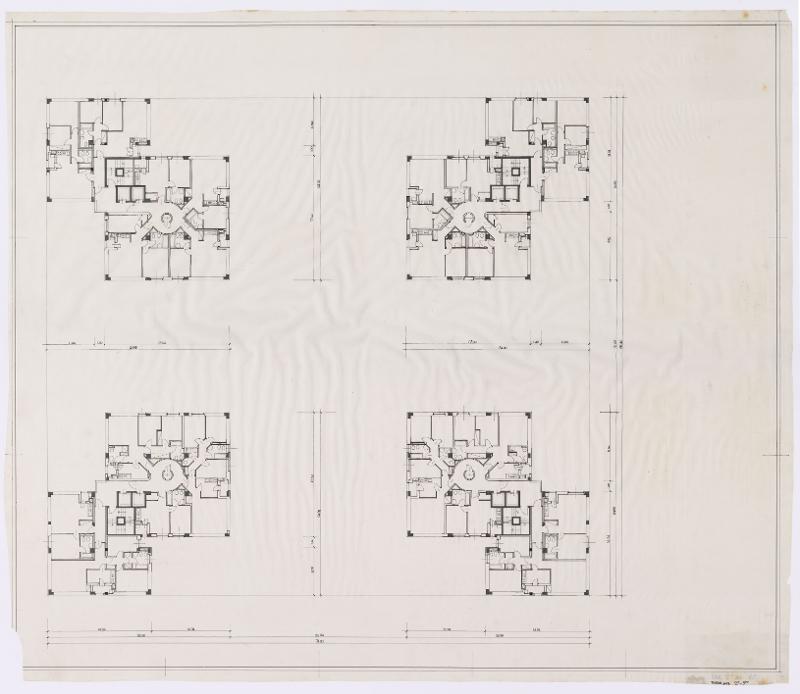 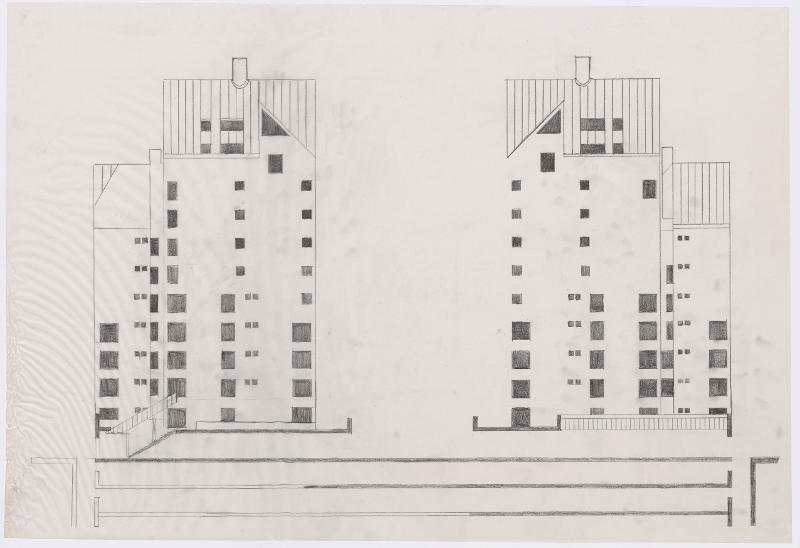 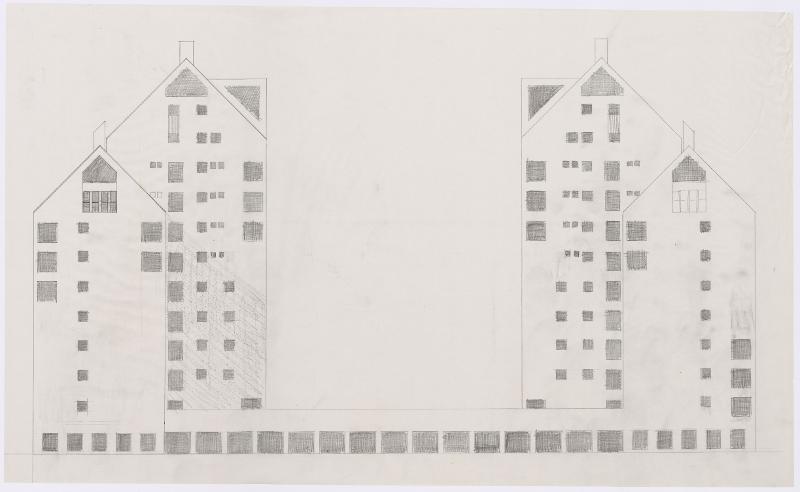 After Magistretti's many collaboration experiences with INA-Casa in the fifties, this was the first project commissioned by the Milan Municipality; however the Piazzale Dateo project remained unbuilt despite its very advanced ideation.

The project involved the demolition of a whole block - between Via dei Mille, Via Uberti, Via Goldoni and Piazzale Dateo - in favour of a modern city building centred around a big roof garden and four apartment towers at each corner of the lot. The public portico on the ground floor was designed to accommodate shops and entrances to the basement floors (with garages) and the envisaged community facilities (a library, kindergarten, and social centre). Magistretti's goal "was not to design a building, but tackle an urban site, [...] focusing on the layout of the volumes rather than the architectural details ".

Each tower was designed as two volumes, differing in height and crowned by steep double pitched roofs. The plan type presented six apartments served by two different staircases: the circular plan staircase led to four, two-room apartments (in the highest part of each tower), the other provided access to two bigger apartments. All the apartments had small loggias which, repeated in height along the fronts facing the garden, created a pattern on the Botticino marble envelope of the elevations.