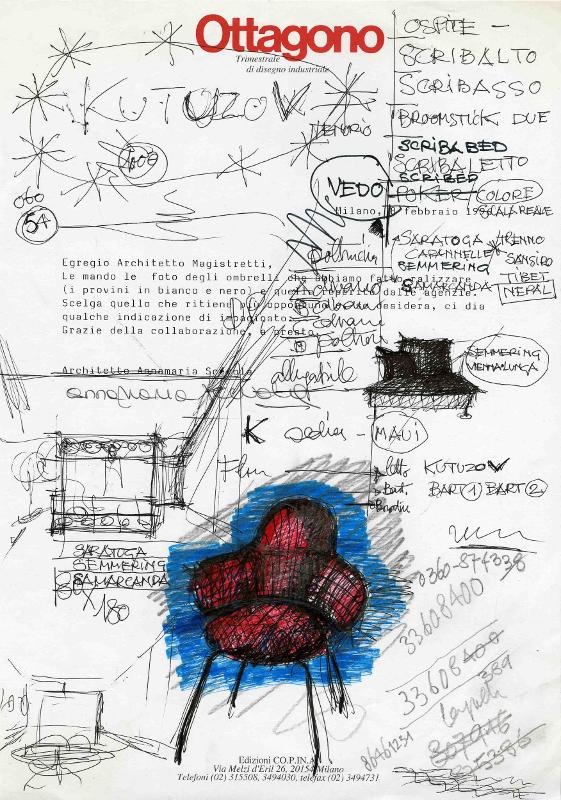 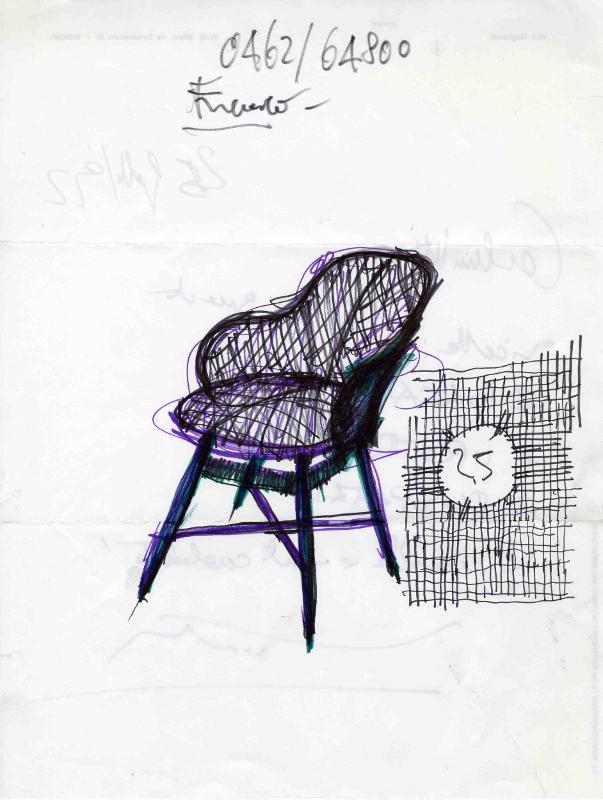 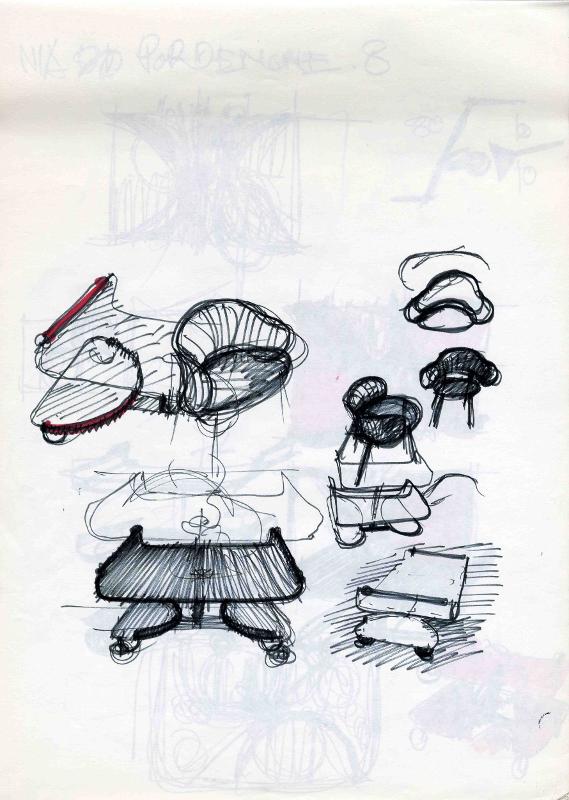 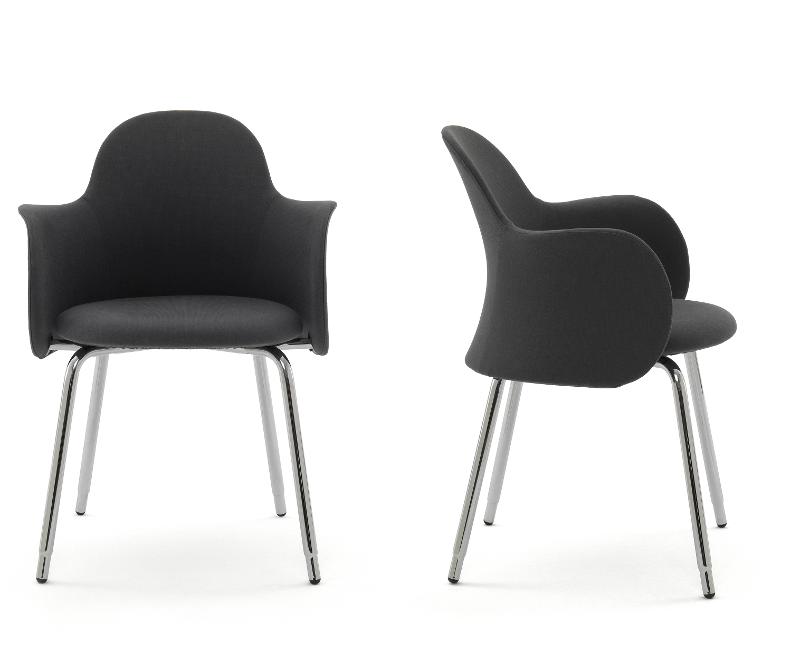 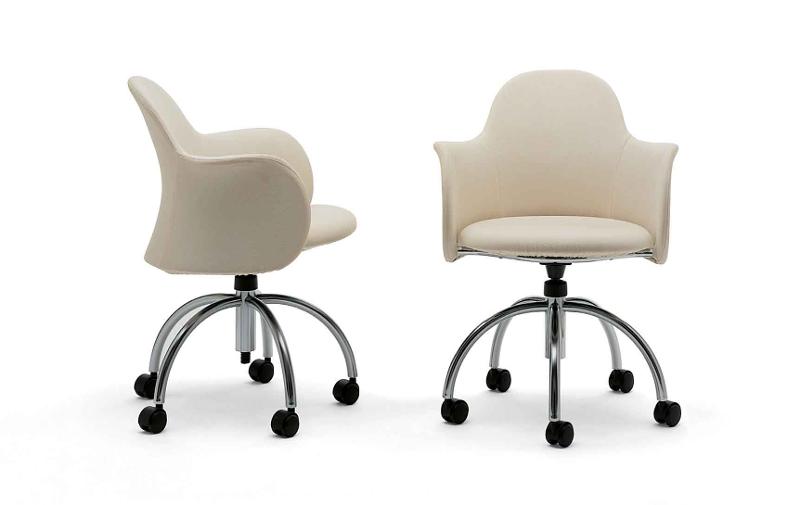 The Flower armchair was co-designed with Patricia Urquiola and is a spin-off of the Incisa armchair, retrieving its stark features to develop it into a less costly version easier to produce in series. The idea arises from working on pure geometries in designing an object destined to be more neutral, simple and abstract, and built with elements that are kept perceptibly distinct: the base on which to sit is a sort of four-legged stool, and an enveloping shape that serves both as a back- and armrest, made of a single rigid polyurethane mould. The five-starred base is fitted with swivelling black plastic casters with a safety brake for soft and carpeted floors.