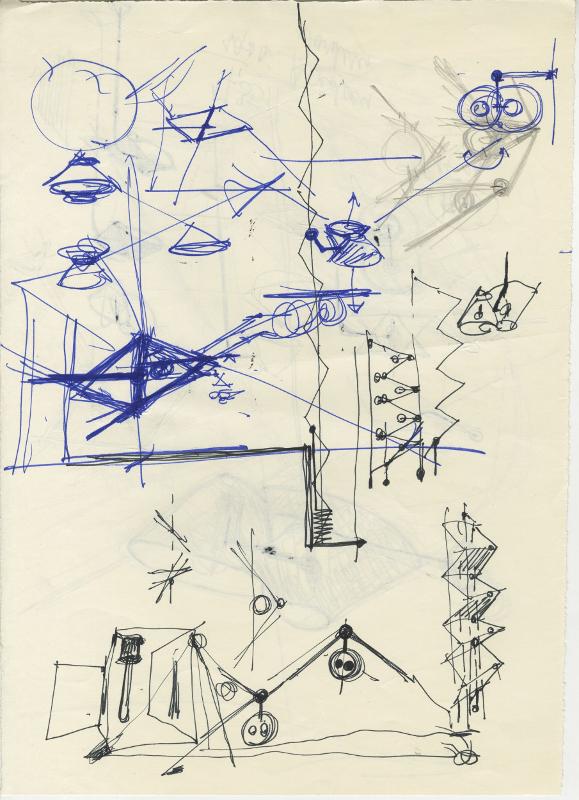 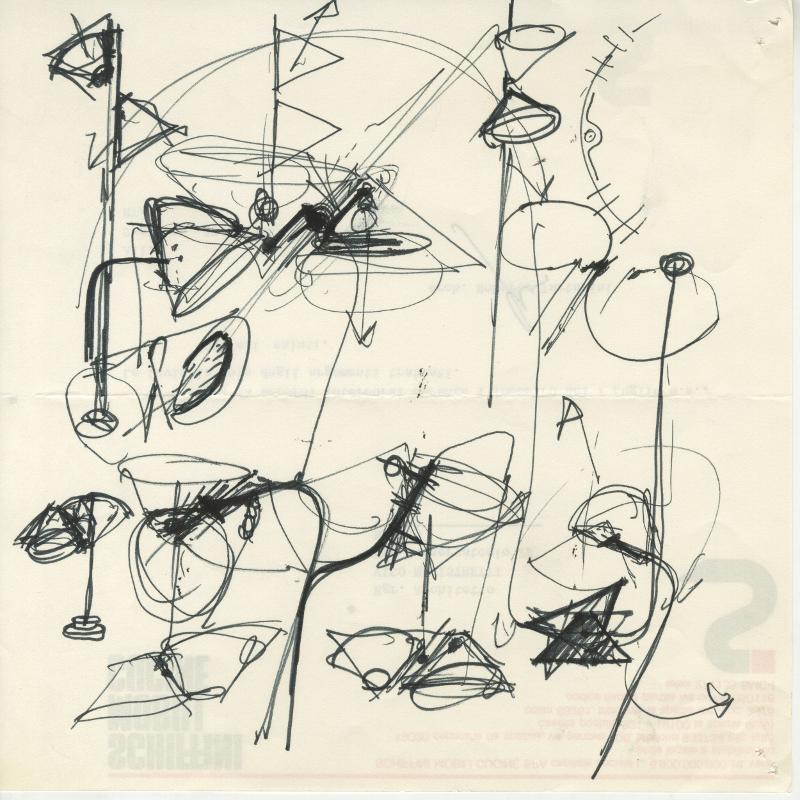 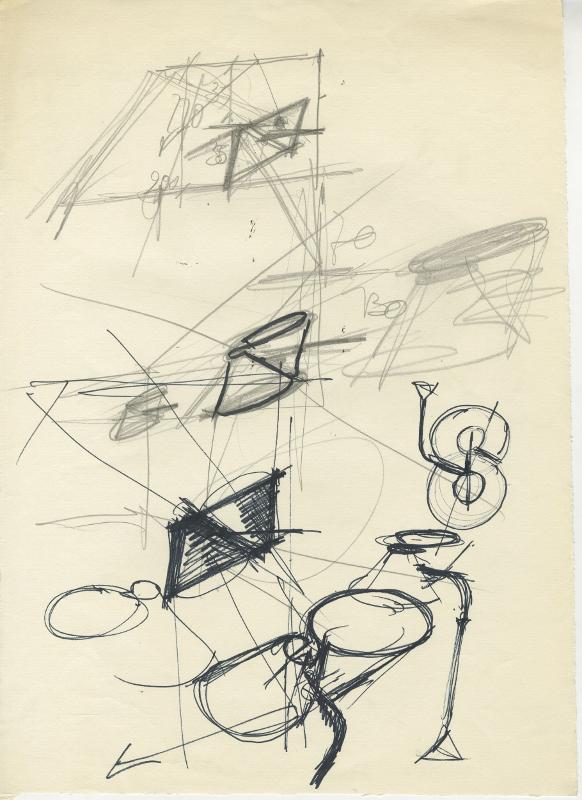 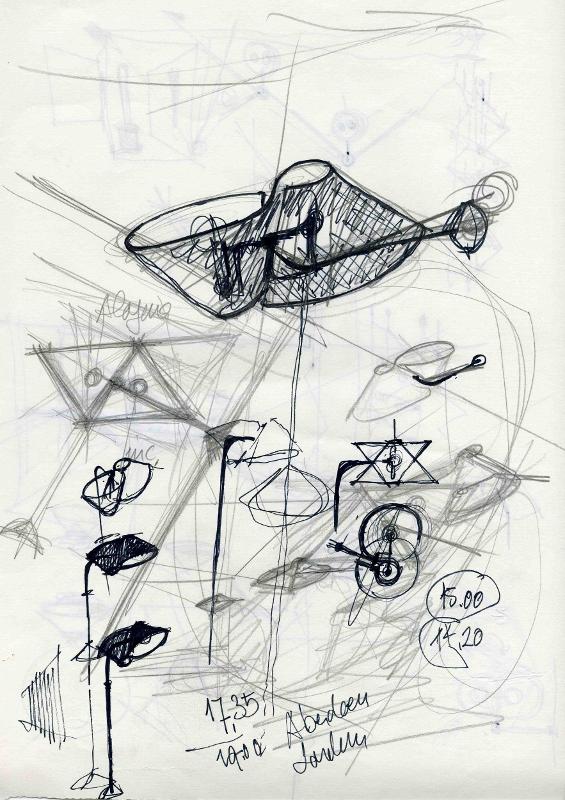 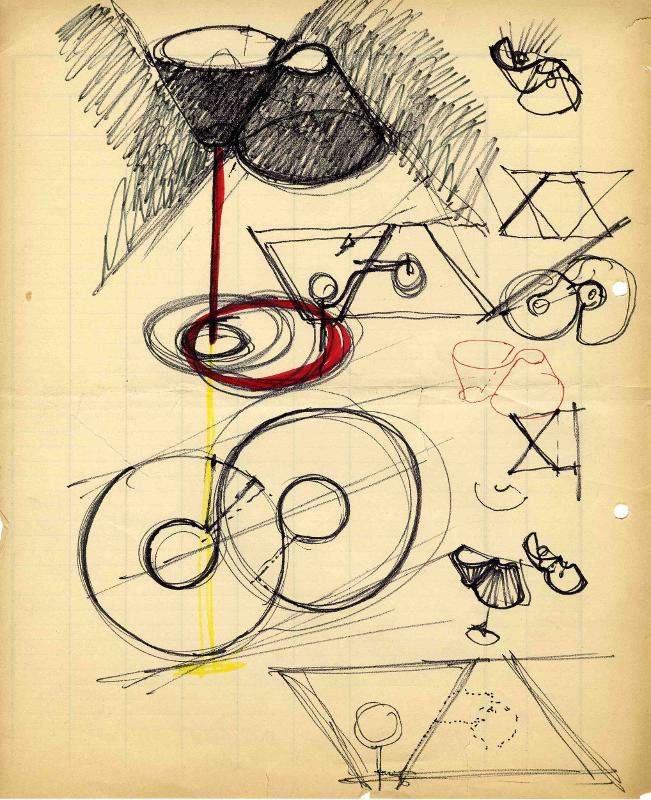 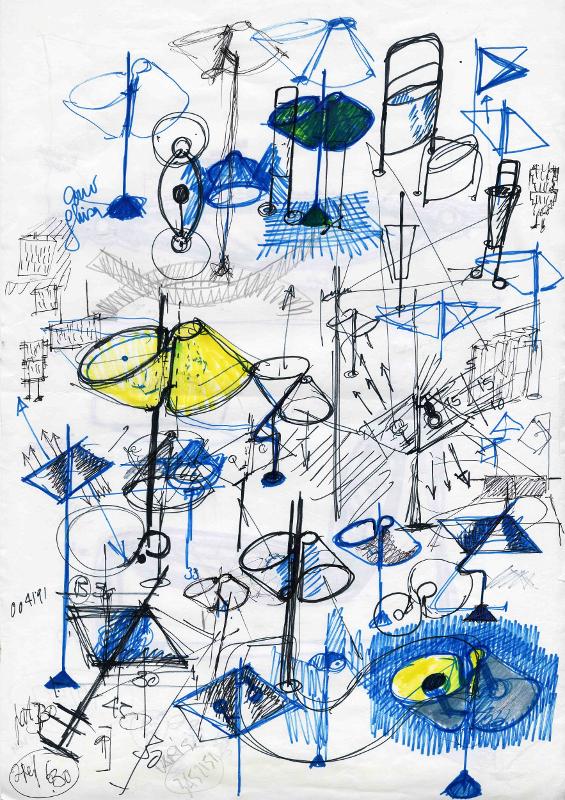 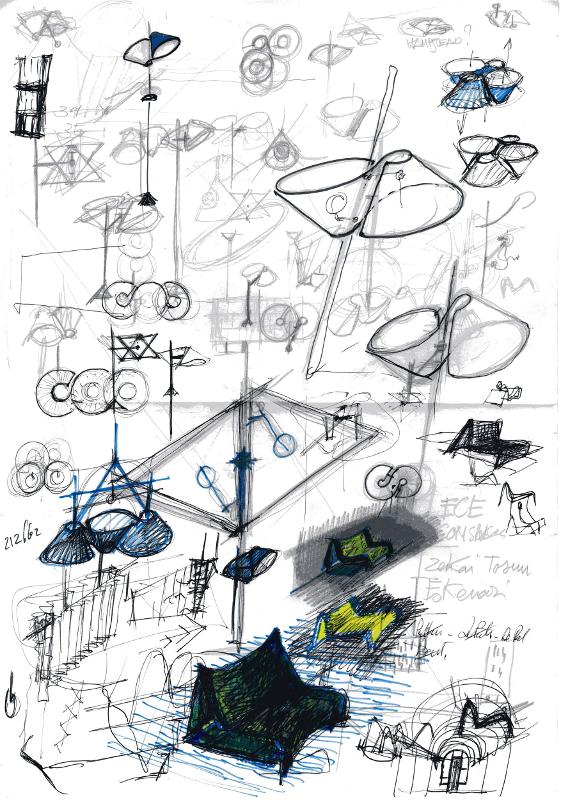 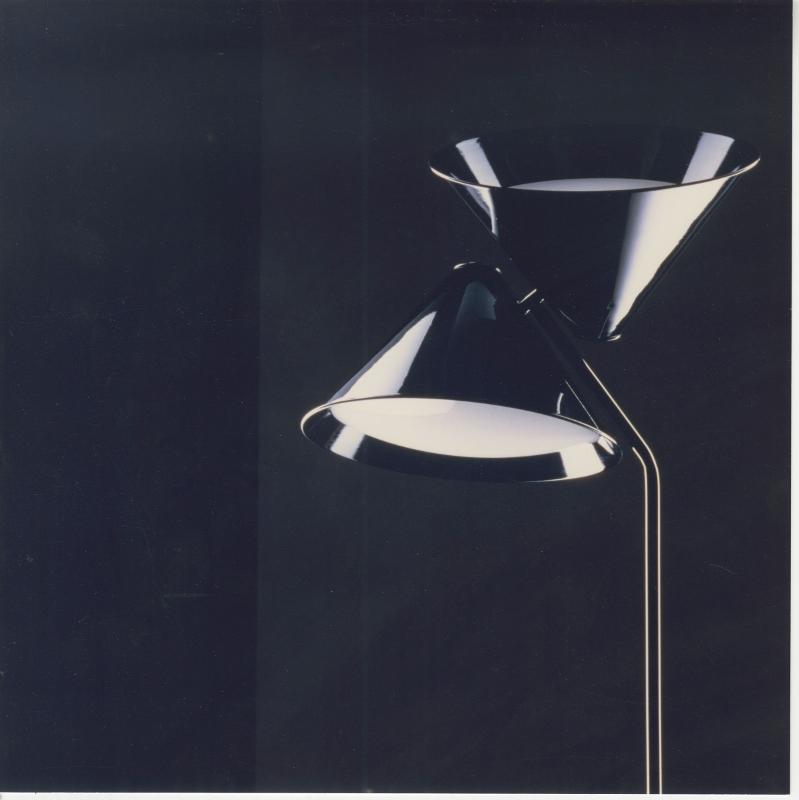 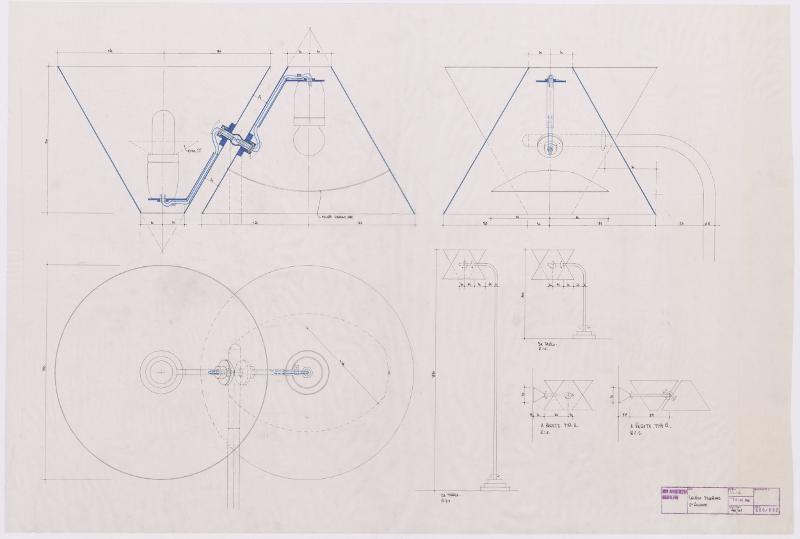 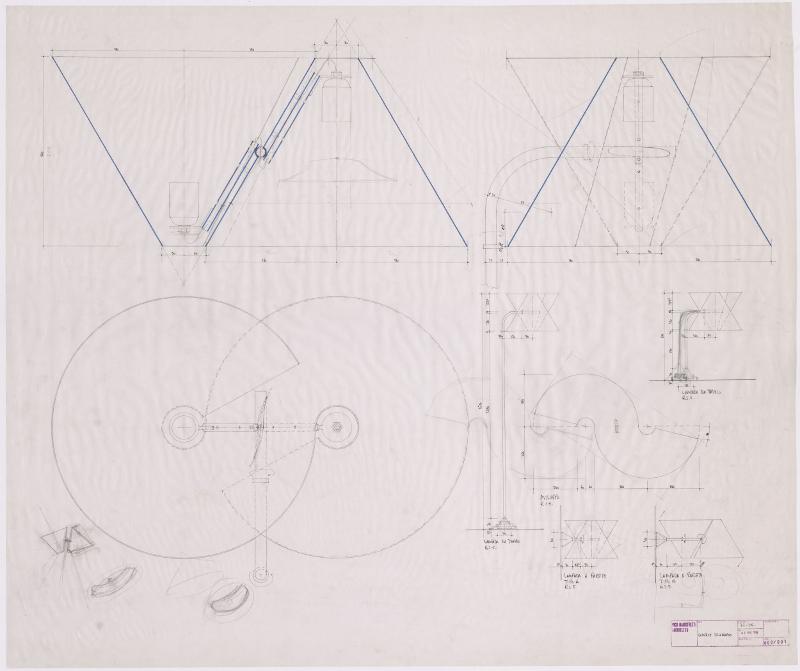 Slam is a floor lamp with two truncated cone aluminium reflectors painted black on the outside and white on the inside or all in white, directable and positioned one facing the other. The lower cone was fitted with antiglare protection through a lens-shaped methacrylate diffuser. The black-painted metal frame consisted of a stem that was bent at the level of the lower cone and by a base that could alternatively be in serena stone for the white model and in slate for the black model. In the lower cone, it mounted an opaline 100W lightbulb with an E27 Edison screw and in the upper cone, a 300W (R7 s.15) halogen tube. In both cases, the switch or potentiometer were placed on top of the cone. A single-cone version called Mono-Siam (model 331) was developed subsequently. Both devices were produced in a very limited edition.