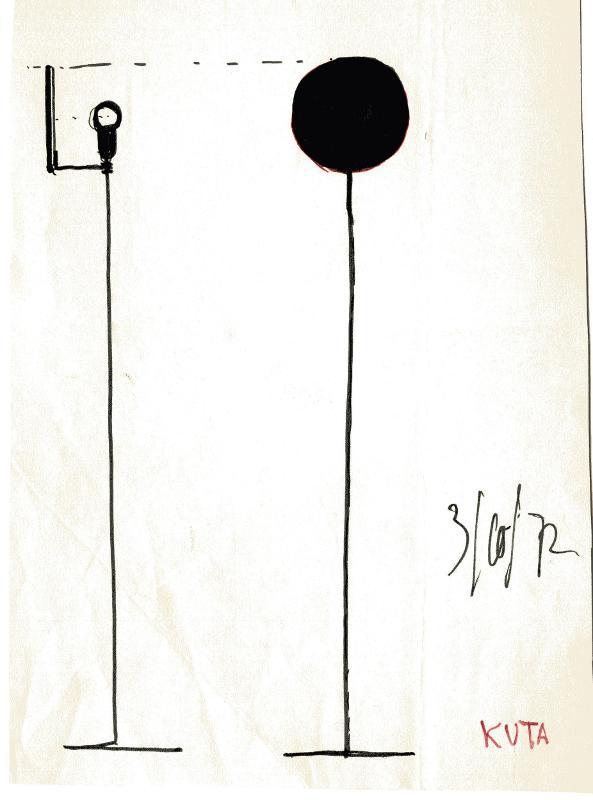 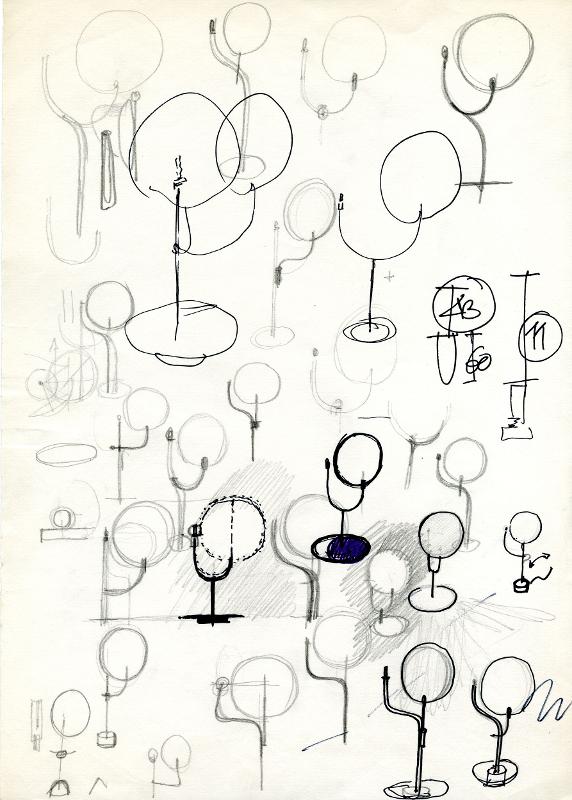 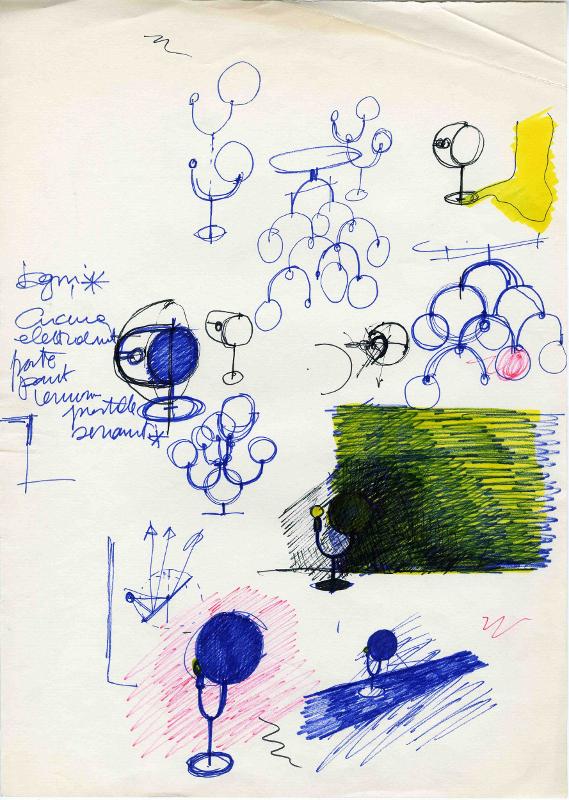 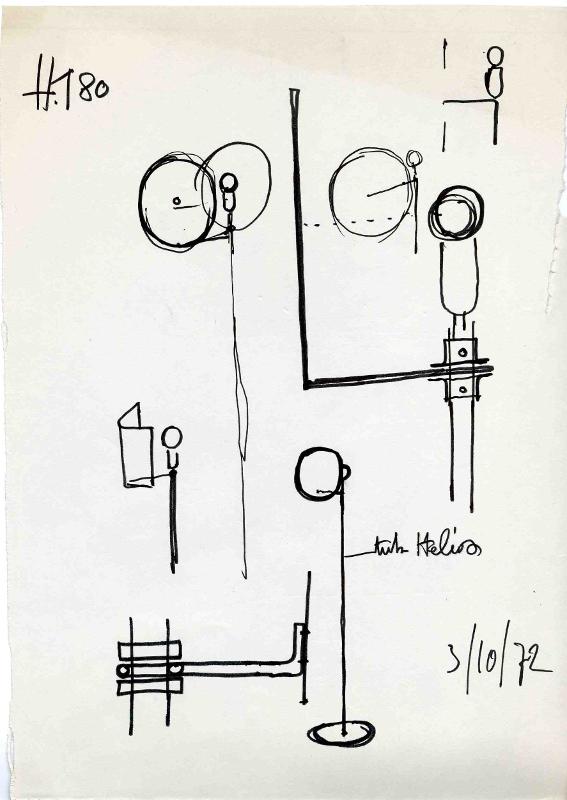 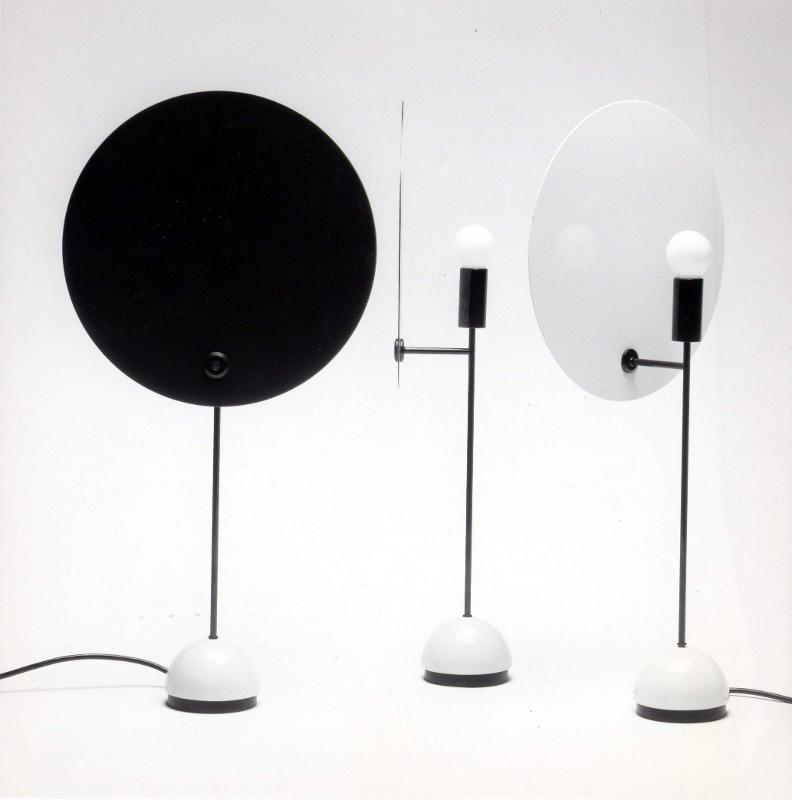 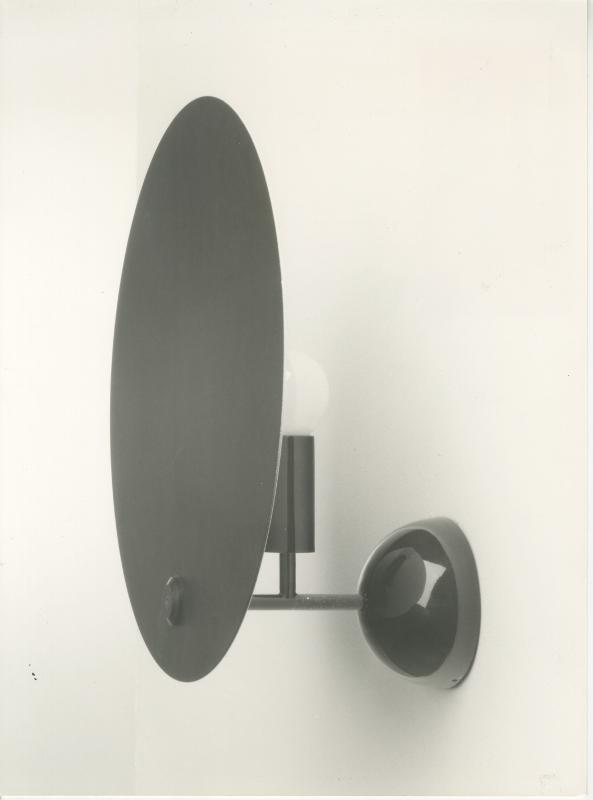 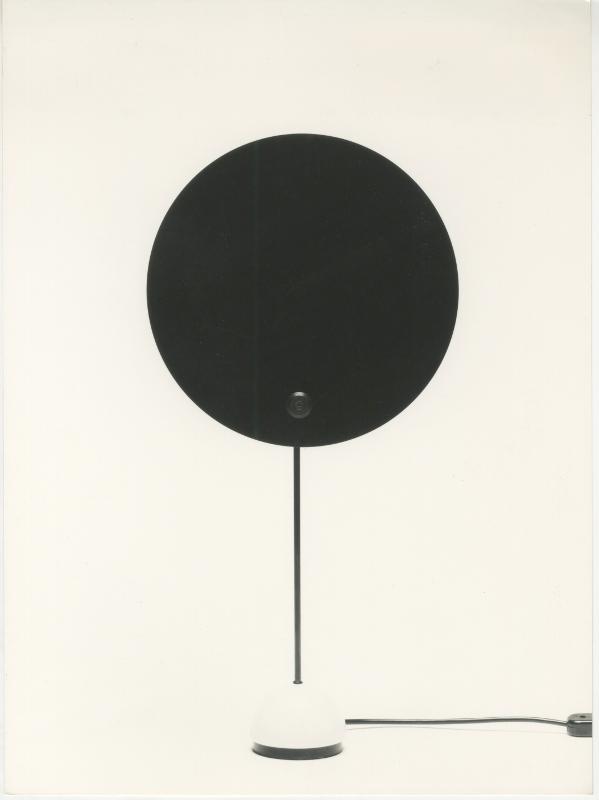 "Simplicity is the most complicated thing in the world." Vico Magistretti

Geometry, Magistretti's typical design principle, is expressed in the Kuta lamp with the Japanese-inspired minimalism that took hold in Italy's design milieus, both in fashion and design objects, starting from the mid-?70s.

Kuta is a direct and reflected light table and wall lamp consisting of a white- or black-painted aluminium disk, a black-painted stem and a hemispherical frame initially produced in cast iron and subsequently proposed in Carrara marble. The incandescent lightbulb, fixed onto the metal stem behind the screen, can only be seen sideways. The Kuta lamp's strong graphic design - a circle in space with a supporting line - evokes old candle screens, also thanks to the soft lighting effect and, in parallel, the shape of Japanese fans.

Magistretti's unrelenting search to combine formal simplicity with sophisticated lighting effects, finds an excellent example in Kuta through an interplay of shades and darkness but also through the use of black and white, which can be chromatically associated with minimalist, absolute solutions.

Produced with Oluce since 1980, the lamp was subsequently produced by Omikron Design until 1999 and is now included in the Nemo catalogue, in the Masters section, in the two table and wall versions. The 250 model maintained the grey marble base and the small chrome-plated metal parts while in the 415 wall model, the hemispherical support is chrome-plated.

A. Querci, Intervista a Magistretti, in La mia casa, dicembre 1981