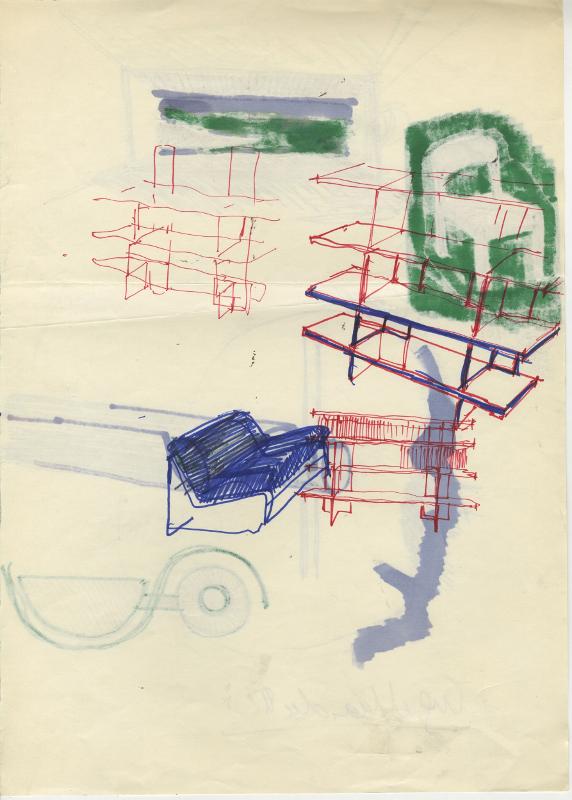 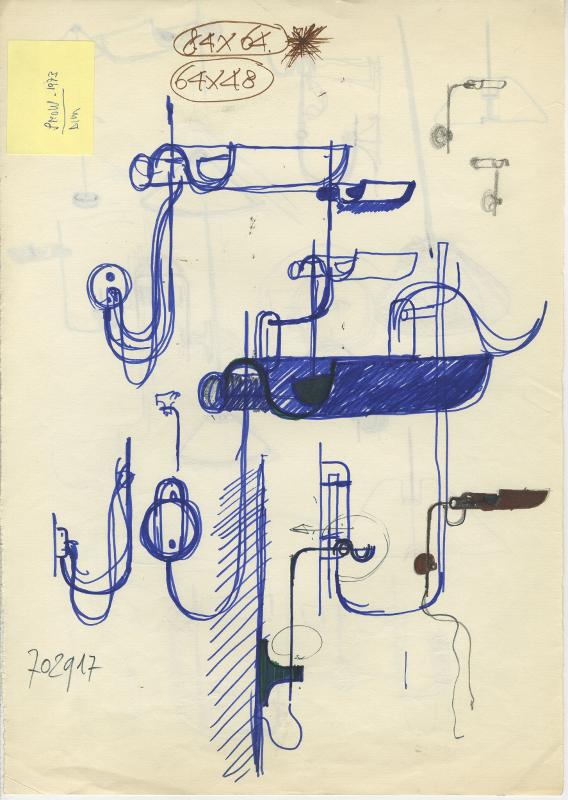 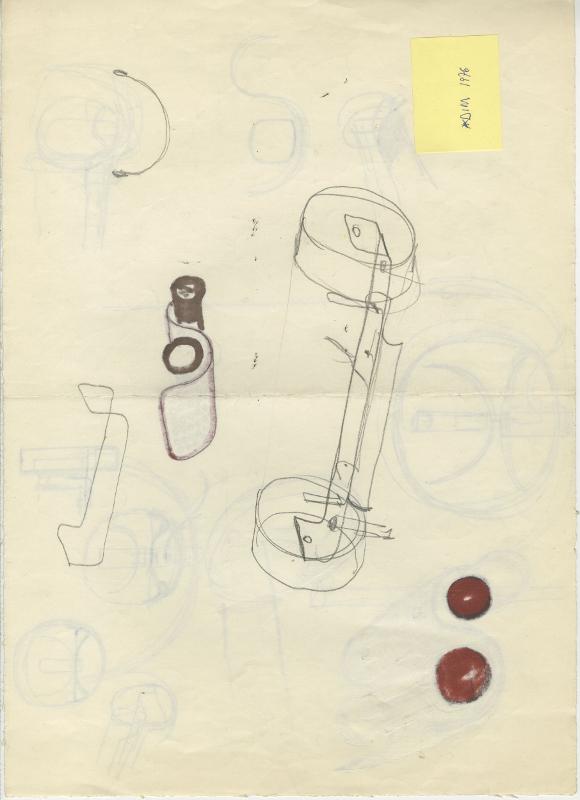 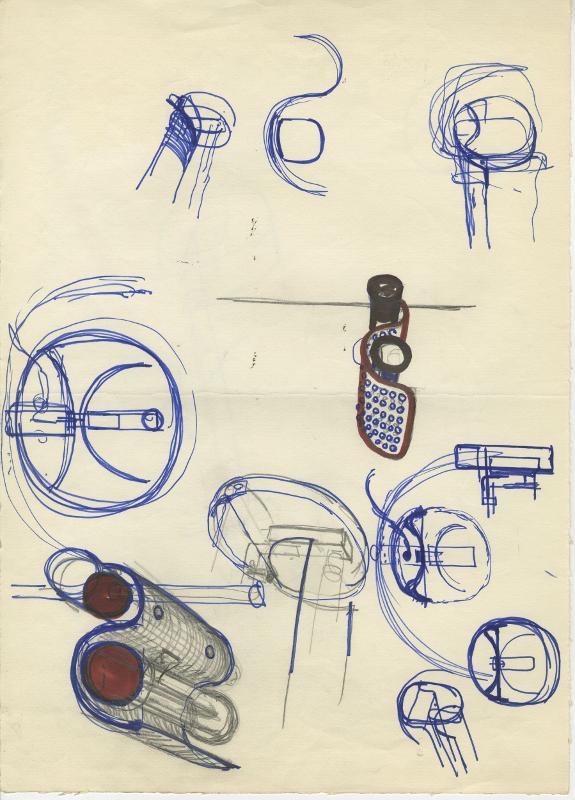 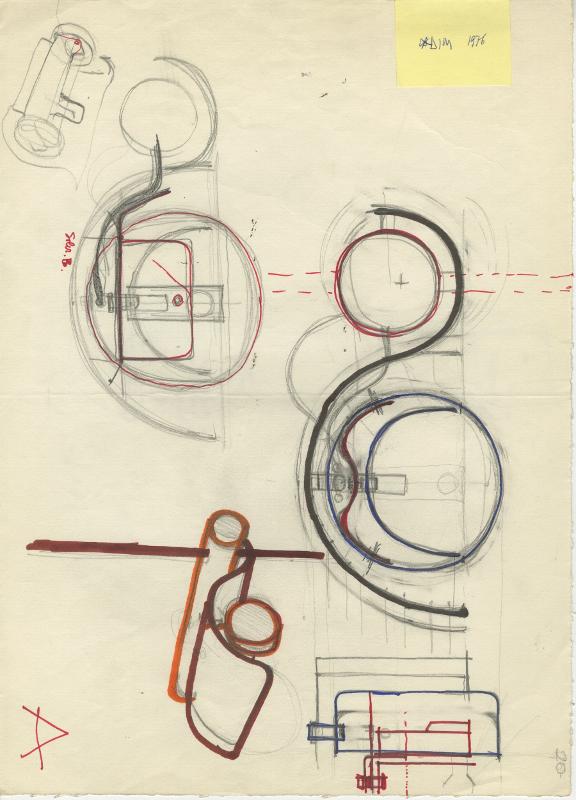 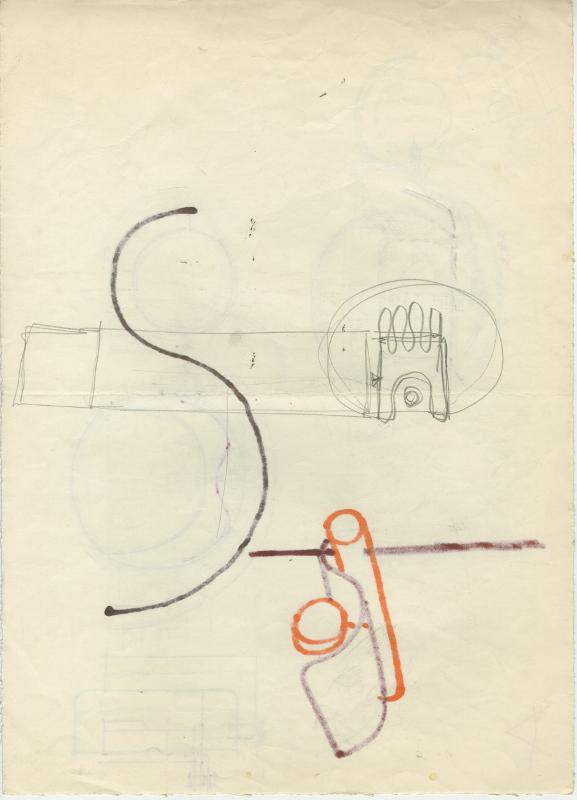 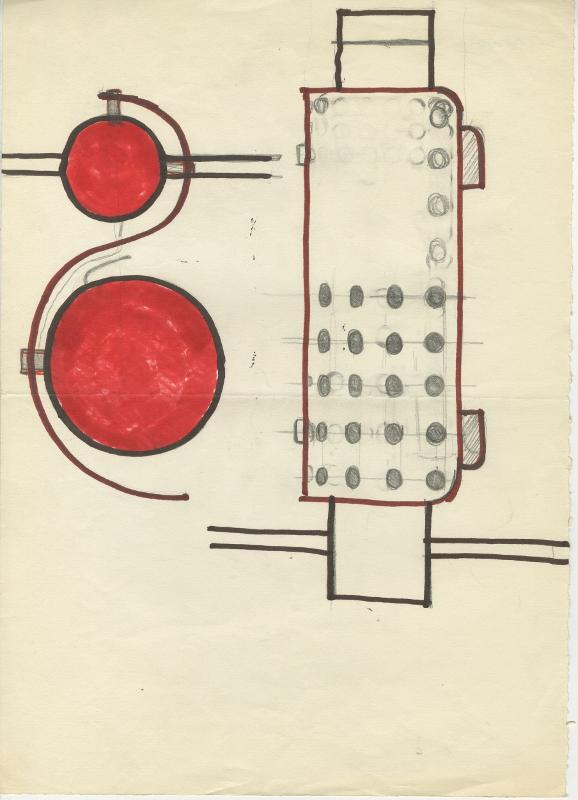 In an ideal dialogue with the "Alogena" lamp based on Joe Colombo's same lighting engineering concept, the Dim floor version (model 333) is supported by a thin rod, initially with the cable running along its exterior, and characterised by the "gull-wing" reflector head. The piece, in stove-eNAMElled aluminium originally painted in several colours, is shaped as a double wave with a rotating reflector head that is adjustable in height. The stem, which was originally only chrome-plated, was subsequently proposed painted black in all the models, with or without a switch (model 333 I) or with a built-in dimmer (model 333 D). The wall version (model 111) featured a rod that formed a wide curve which reached a maximum protrusion of 35 cm. Later, in the wake of the experience with the subsequent Adim model, the curve was reduced in its maximum protrusion and the reflector was positioned perpendicular to the wall. The junction of the cable was not designed to be in the stem but directly in the clamp base. The lamp was also manufactured in the ceiling version (model 444) and in the swivelling and directable version (model 454). This lamp would inspire the following family of lamps called Adim, which features the same characteristics but whose diffuser is designed with a simpler C-shape.