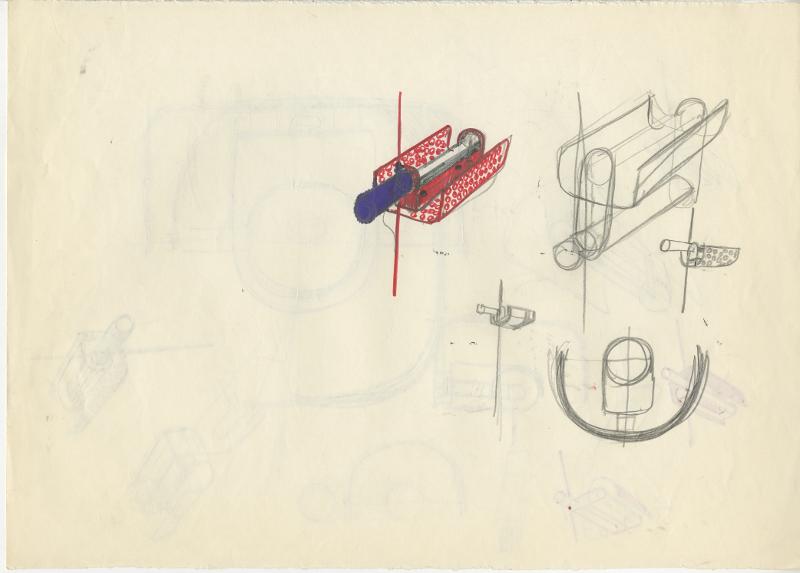 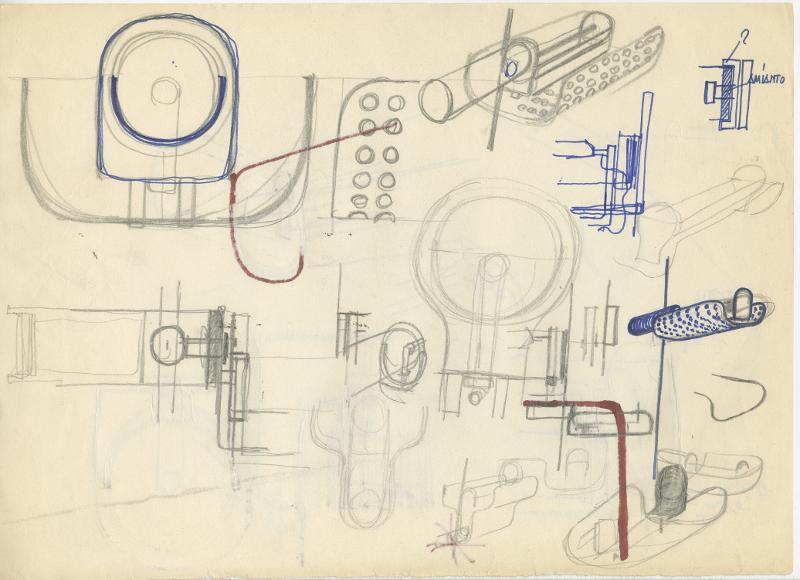 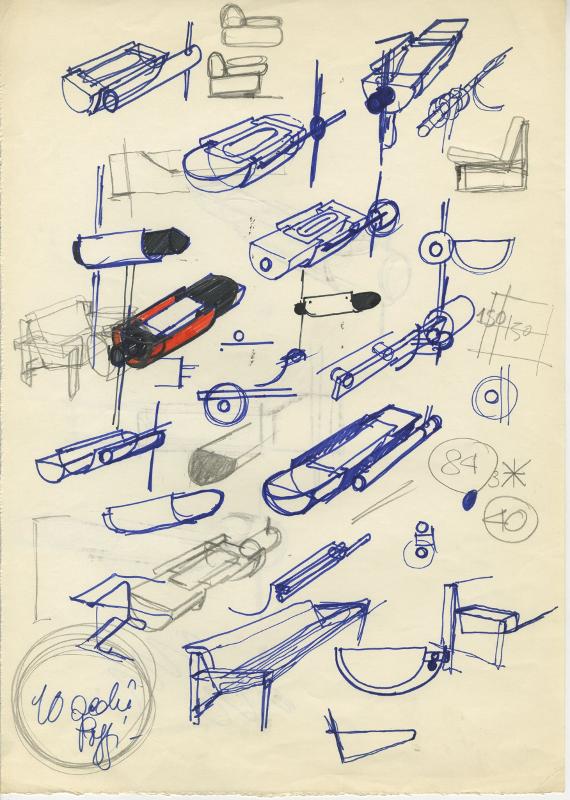 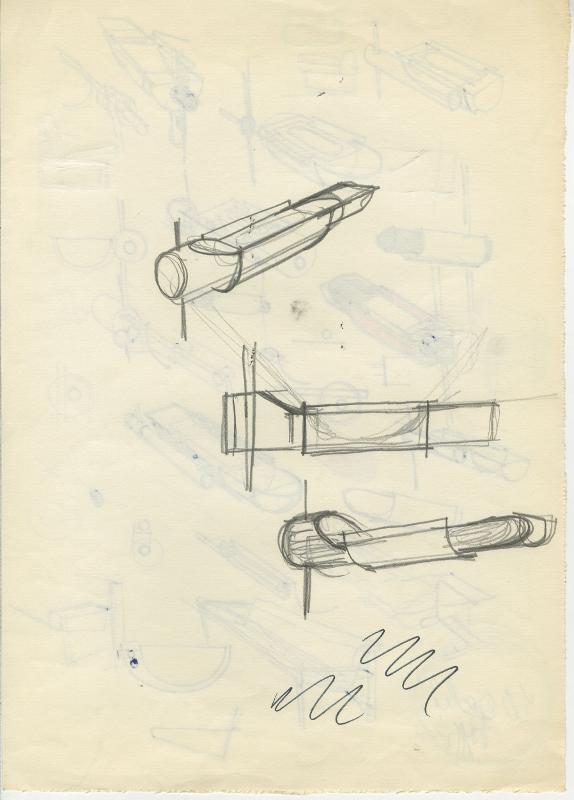 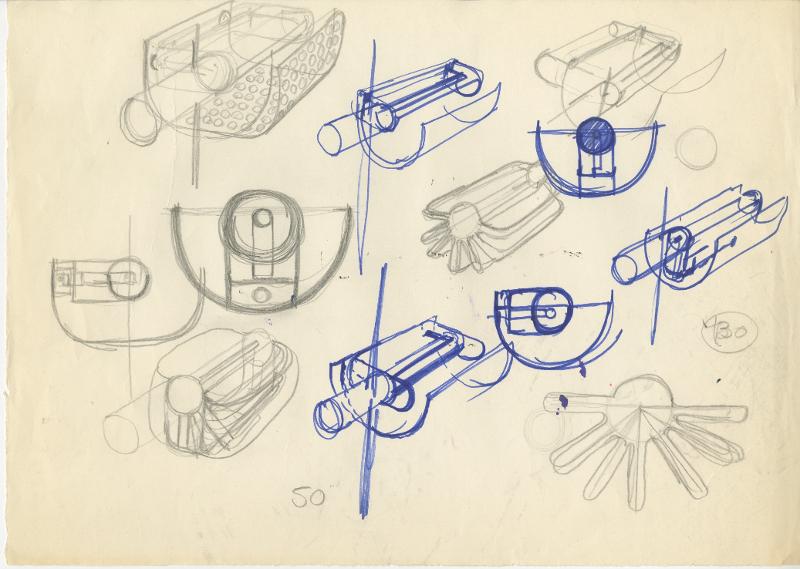 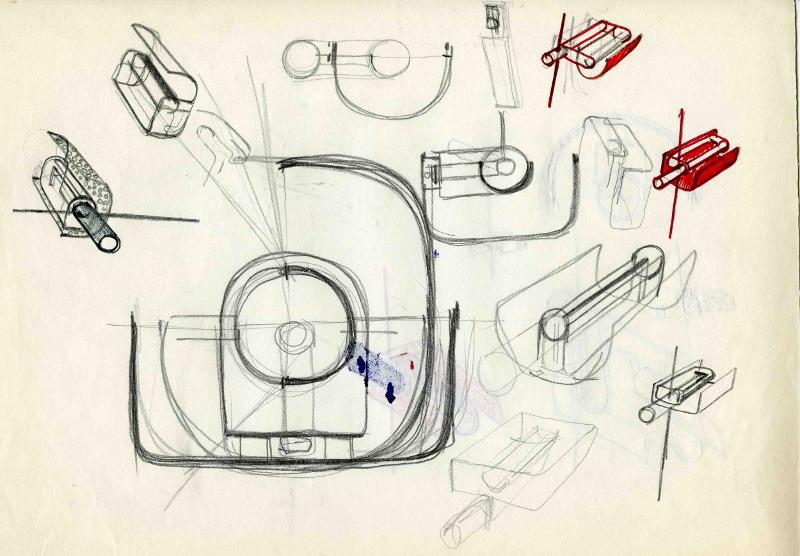 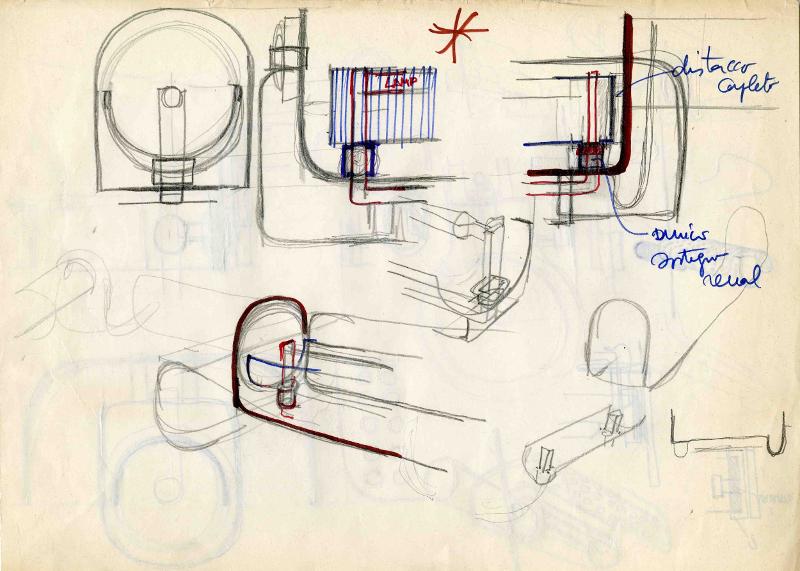 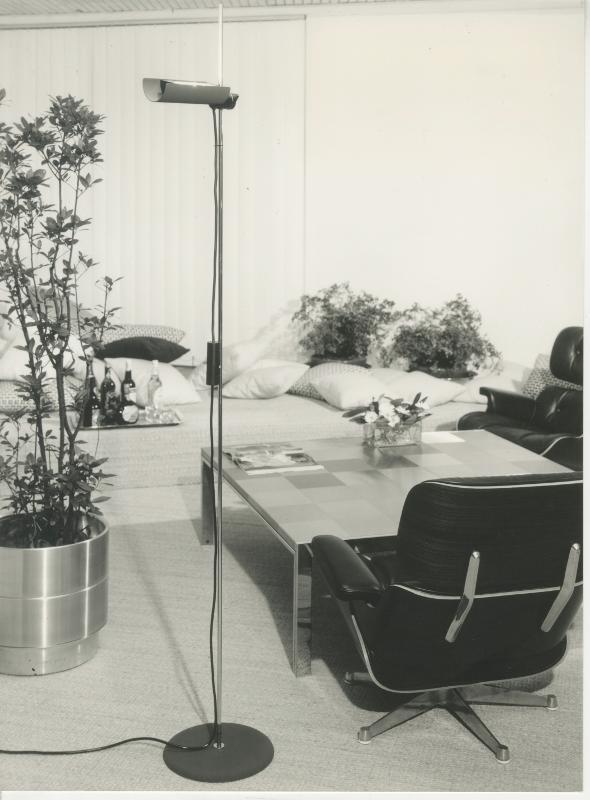 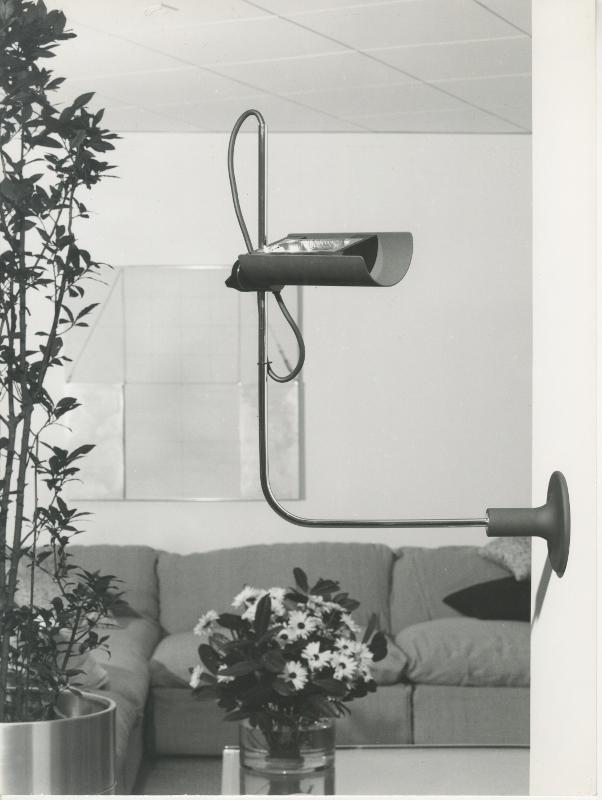 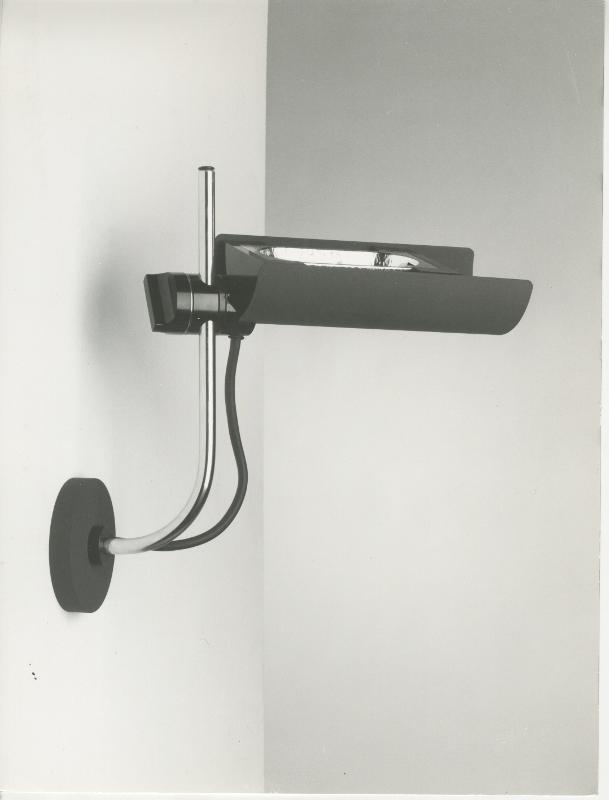 The Adim lamp was designed in 1975 as a spin-off from the Dim model, simplifying the head of the diffuser with a simpler shingle-shaped reflector to replace the double curve of the previous model. The body of the lamp, that recalled the "Alogena" model - which was based on the same lighting engineering concept and was designed by Joe Colombo again for Oluce - is characterised by a thin stem, initially fitted with an external cable, on which is attached the C-shaped reflector in stove-eNAMElled aluminium. In the adjustable wall model, the maximum protrusion is reduced to 11 cm, making it possible to concomitantly reduce both the curve and the perpendicular positioning of the reflector on the wall also in the corresponding Dim model.