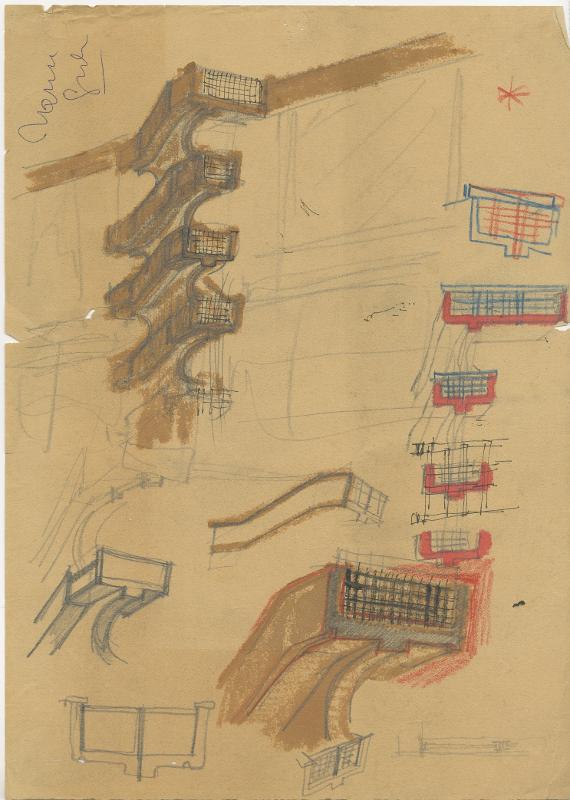 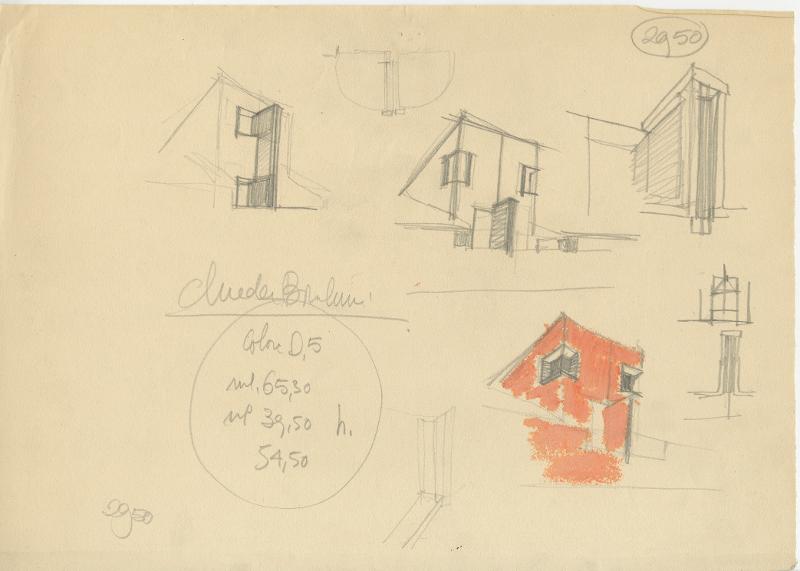 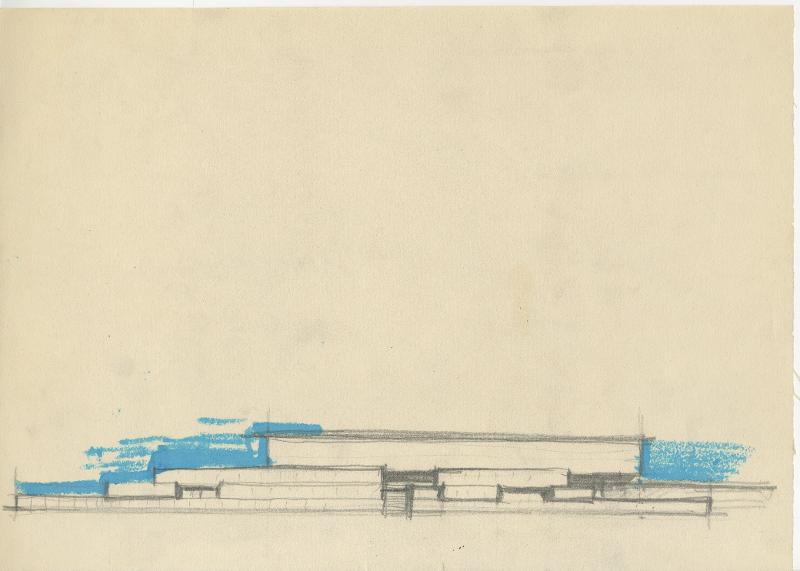 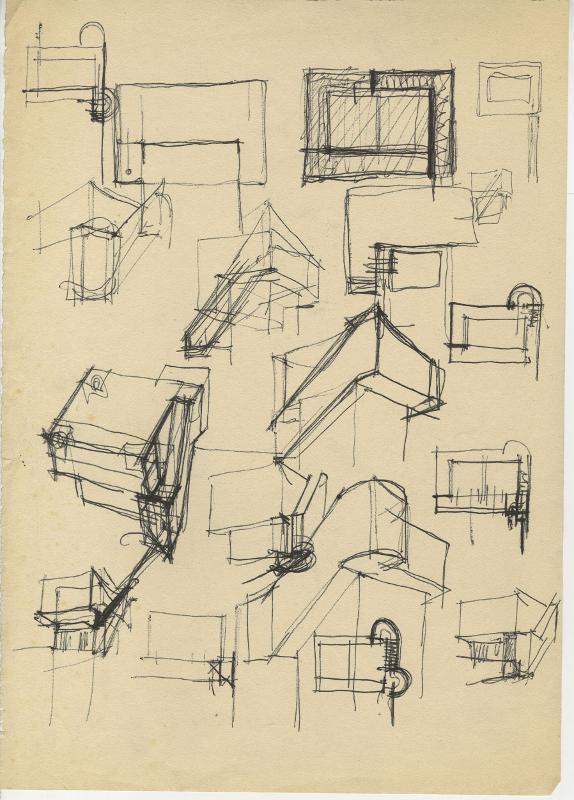 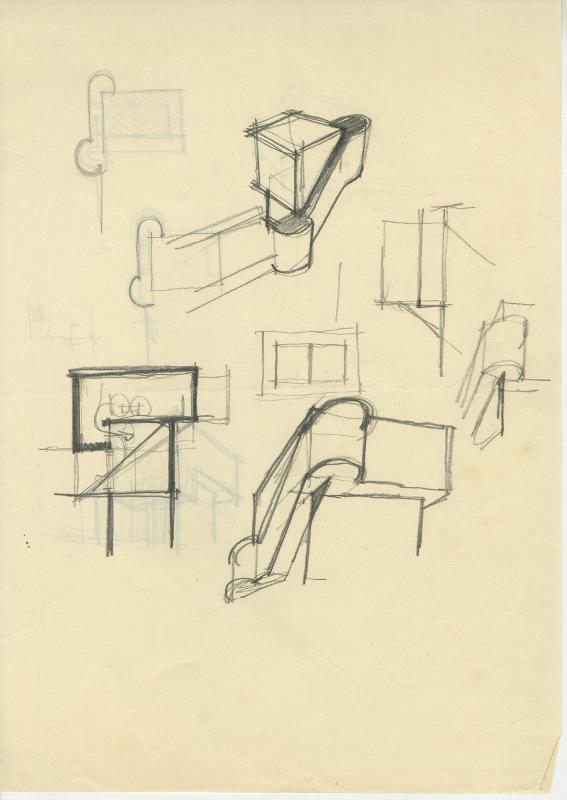 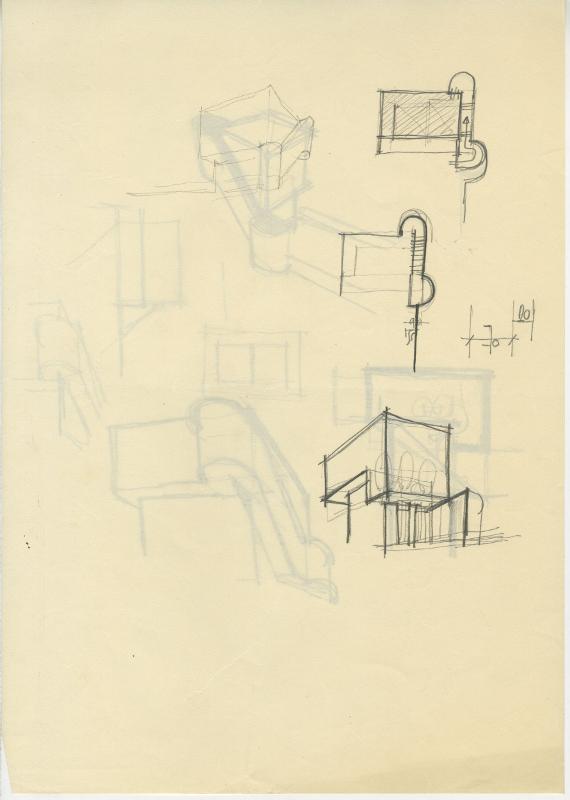 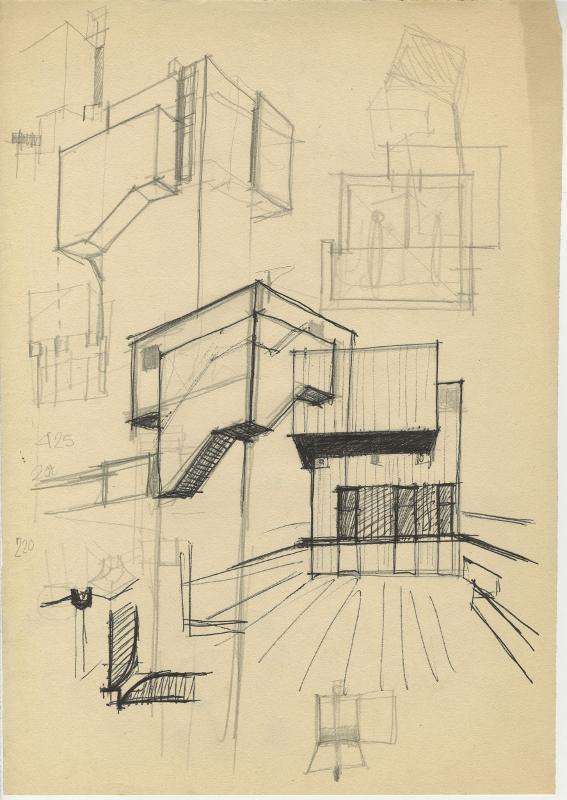 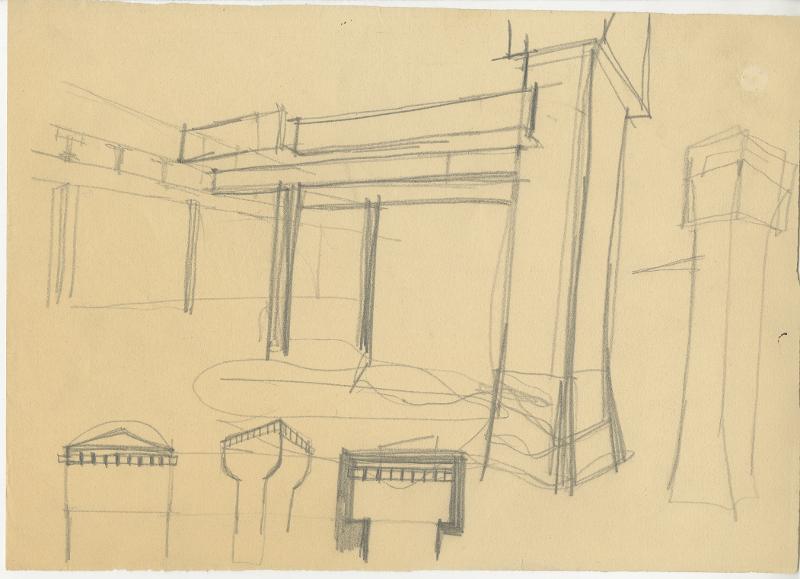 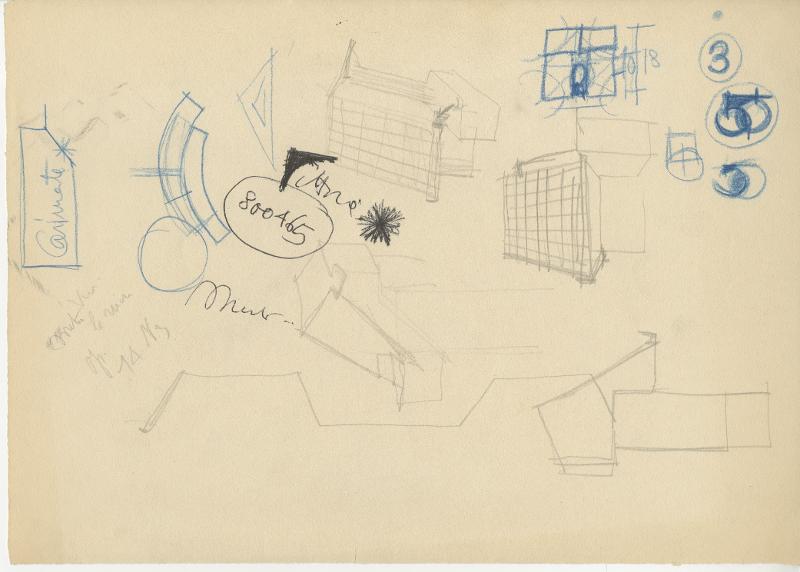 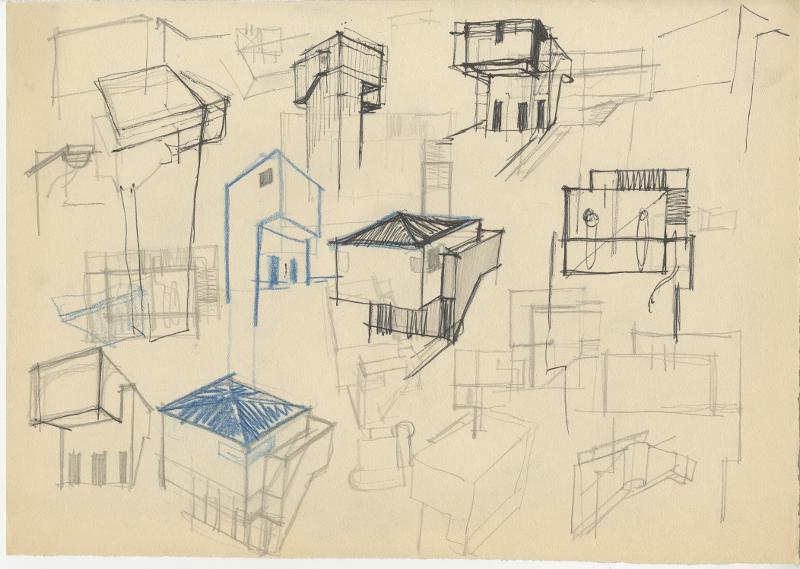 The Marina Grande project was part of the urbanisation plan of the Arenzano Pine Grove, as were Villa Arosio (1956-1959) and Casa Gardella (1963-1964). The project involved covering part of the railway tracks next to a seafront promenade.

The complex has a multilevel base parallel to the railway where there are numerous shops open to the public. Thanks to an underground road connecting various areas of the pine grove, the complex also acts as a hinge between the elements of the urban plan. The blocks of the housing units in Marina Grande begin here; they are arranged around four squares on different levels that adapt to the lie of the land. The blocks descend gradually down to sea level.

The main building is situated around an open courtyard facing one of the squares on one side and the sea on the other; this is possible because the elevations have been designed as a series of terraces delimited by arches framing the landscape. The fifty, three-floor apartments in the complex are all different in size; on a smaller scale the building also proposes the concept of the square as a central hub since the internal distribution revolves around small patios leading to the stairs and other vertical elements. Communal facilities, parking areas, and the garages in the basements are located in the lower levels of the complex. Instead a double row of beach cabins, structurally attached to the tunnel pylons, hides the railway tunnel from the coast.

The complex was commissioned by the Cemadis S.p.A. company, an acronym for Centri Marittimi Di Soggiorno, the real estate agency created by the marchioness who owned the land on which the centre was to be built. Like Villa Arioso it was built by the Genovese company owned by Otello Celadon. In the last few years of the twentieth century several proposals were put forward to try and exploit the international renown of the Arenzano pine grove; one of the proposals involved turning the cabins into mini-apartments, but thankfully all of the proposals have so far been rejected by the municipality which is currently trying to apply a conservation restriction order on all the buildings, including Villa Ercole designed by Gio Ponti, the houses in the harbour by Ignazio Gardella and Luigi Rovera, and the churches of Sts. Martin and Alessandro Sauli by Luigi Caccia Dominioni (all built at the same time as Marina Grande).