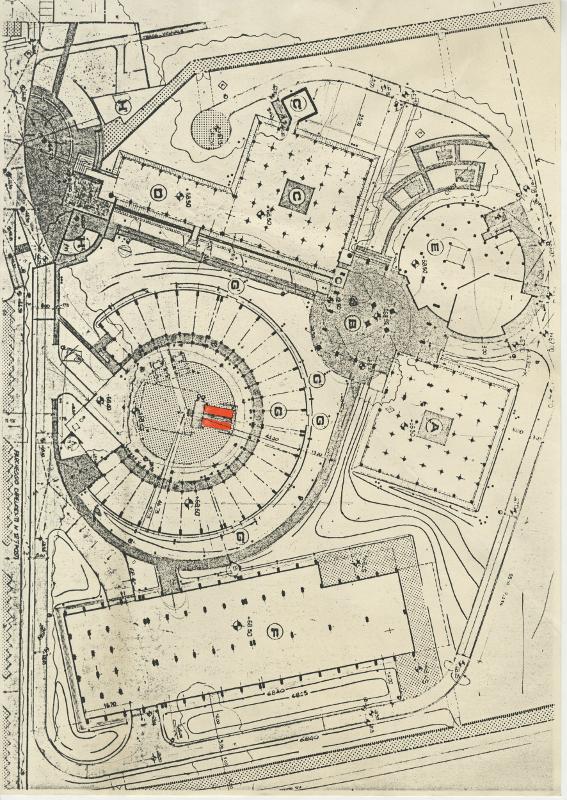 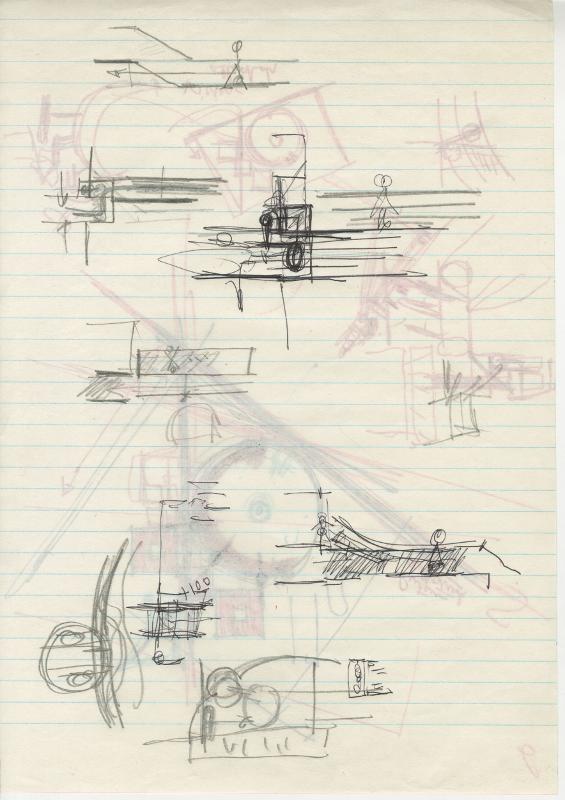 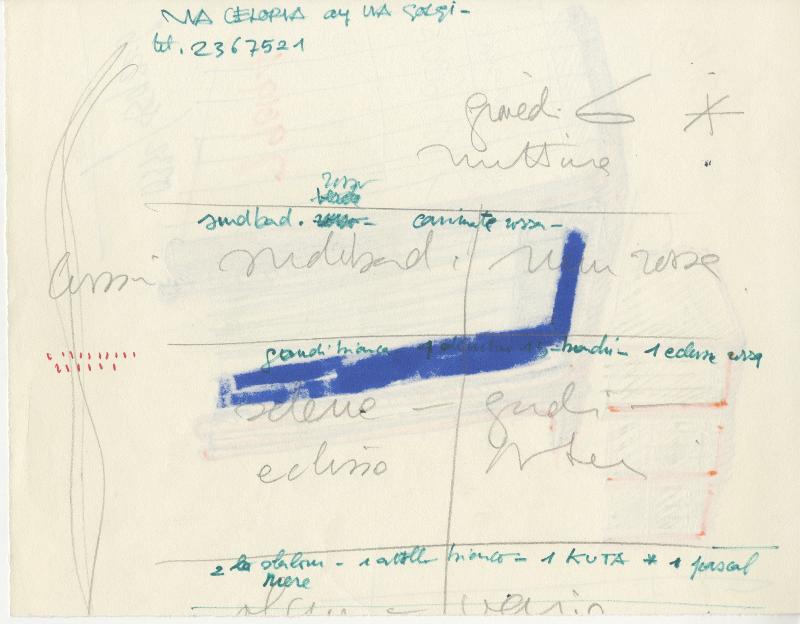 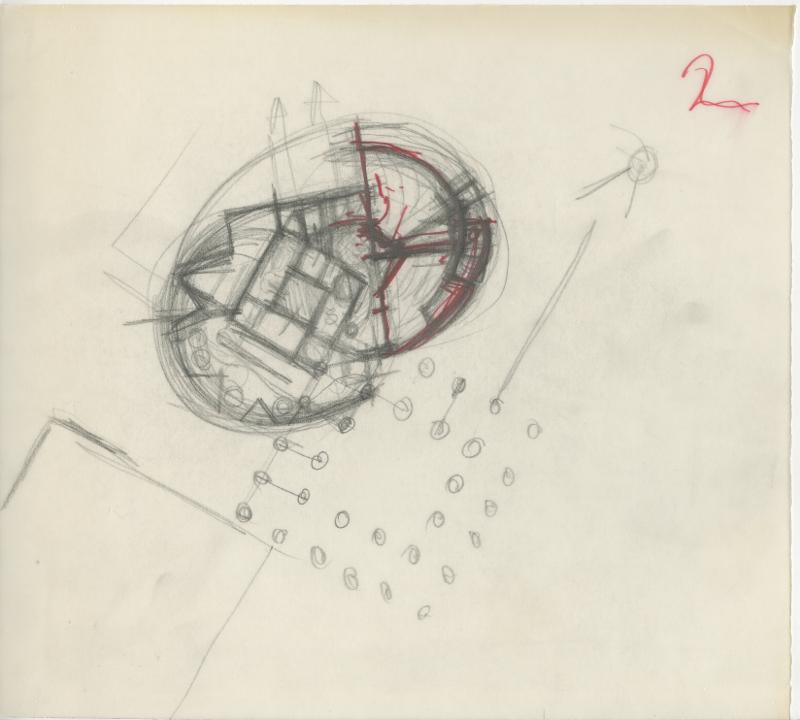 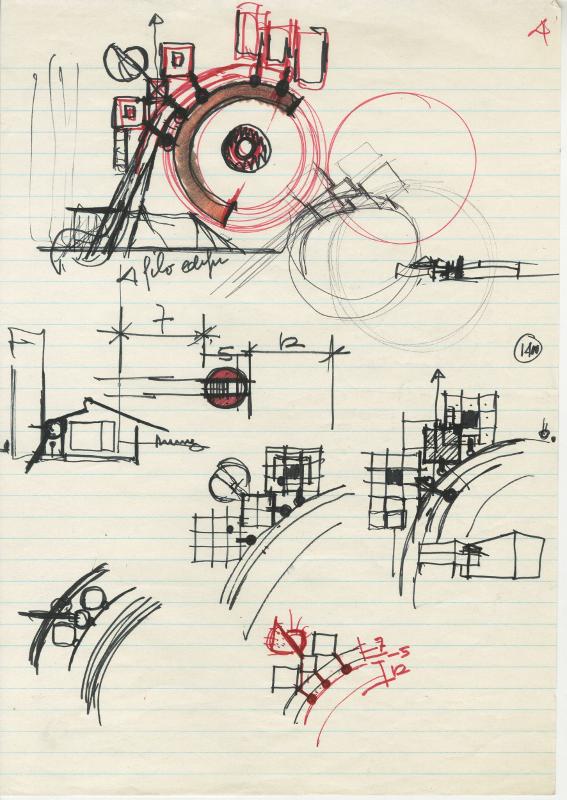 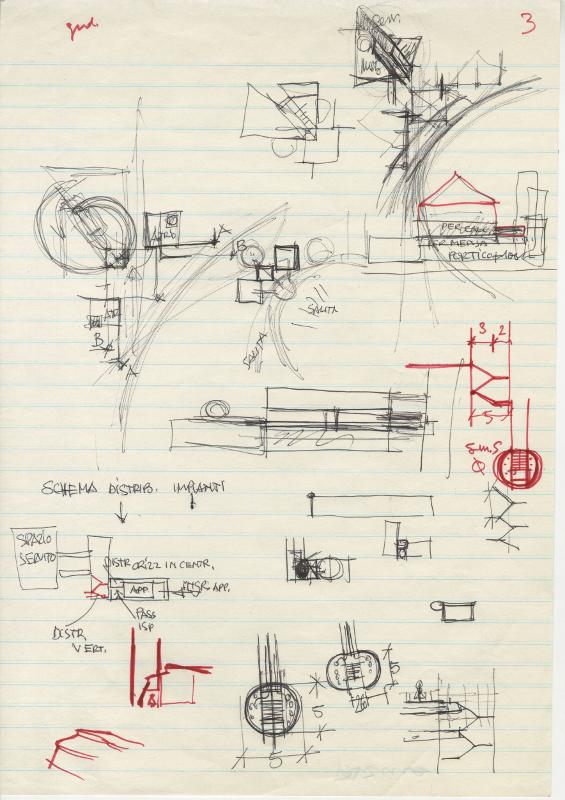 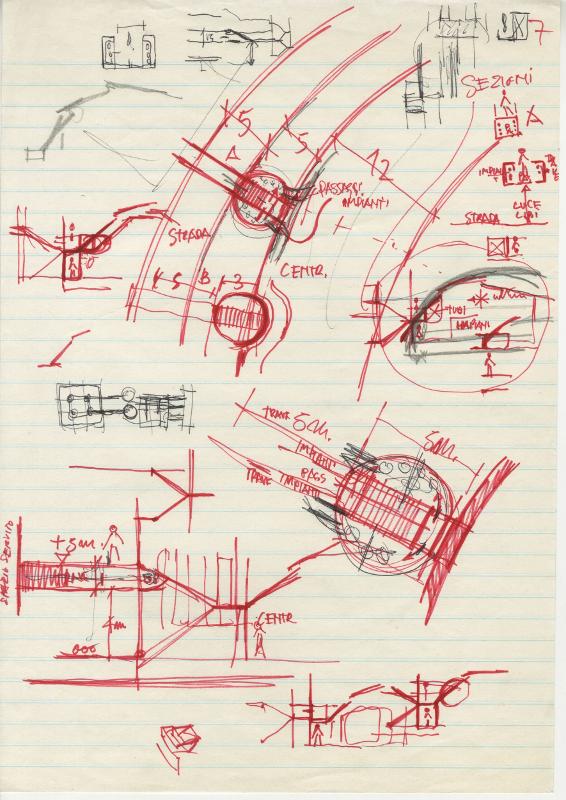 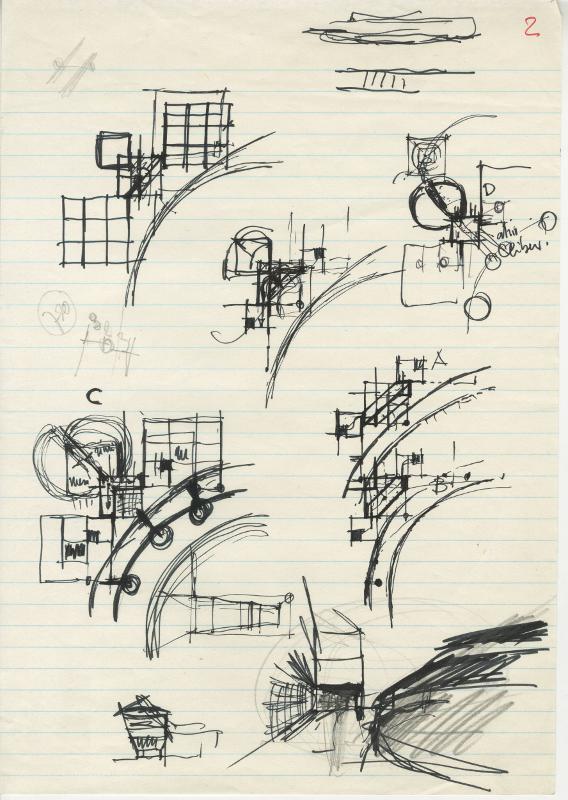 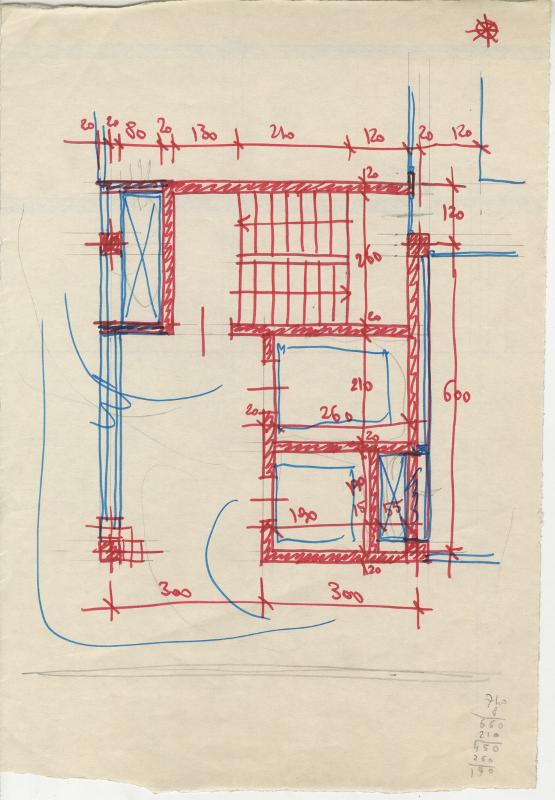 The sprawling complex was to host the bank's new offices and services located around the tech centres. The latter, built above ground because the lot was in danger of being flooded due to the low-lying water table, became the geometric hub of the entire complex. The tech centres are surrounded by an initial belt, a curvilinear building next to four towers with vertical distribution systems that use suspended concrete bridges to connect the first belt to two office blocks and the Data Processing Centre. This semicircular building, housing the auditorium, rises up from this latter volume. The complex includes a branch of the bank open to the public (designed as a simple parallelepiped) and storerooms for printed matter.

Special attention was paid to providing the offices with good natural lighting: the choice fell on big ribbon windows alternating with the prefab exposed brick panels. The intrados of the panels creates an interesting shadow pattern; the porticoes on the ground floor of many of the buildings also inputs into the creation of this shadow pattern.

Magistretti's interesting choice to use brick recalls the building traditions of the low-lying part of the Padana plain.