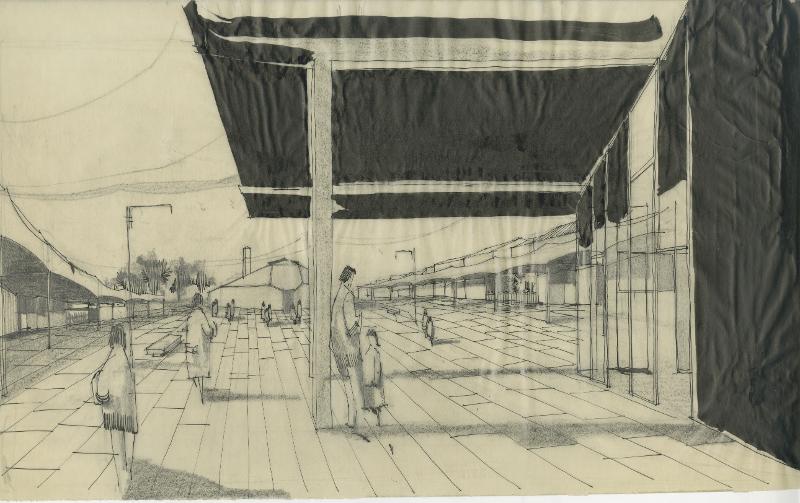 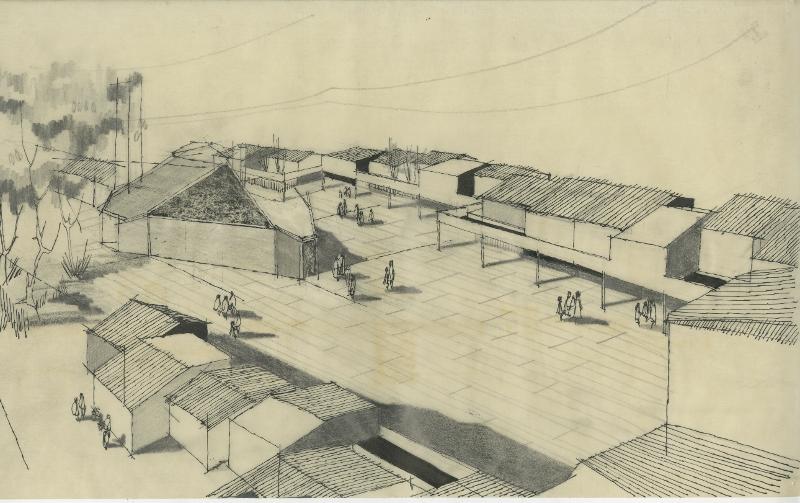 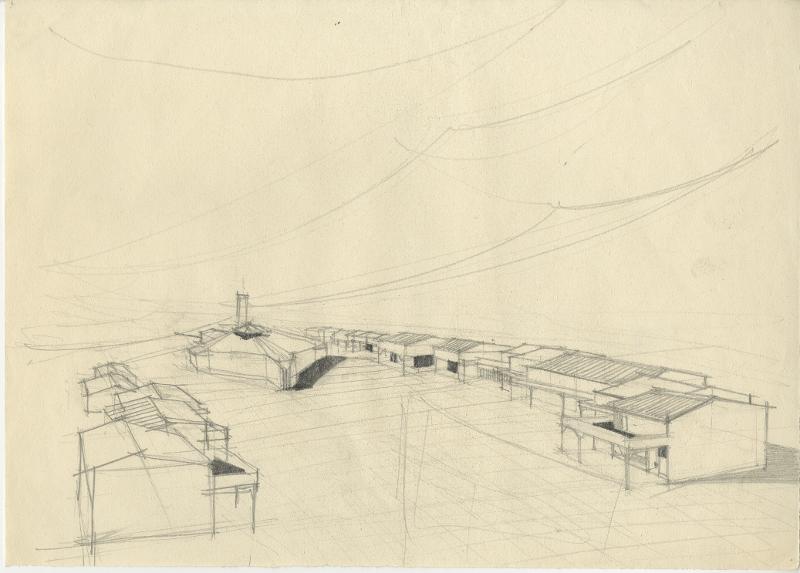 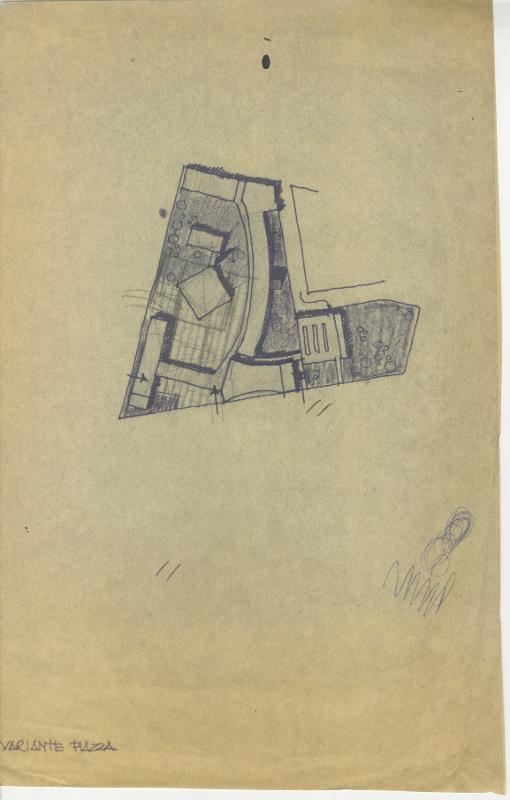 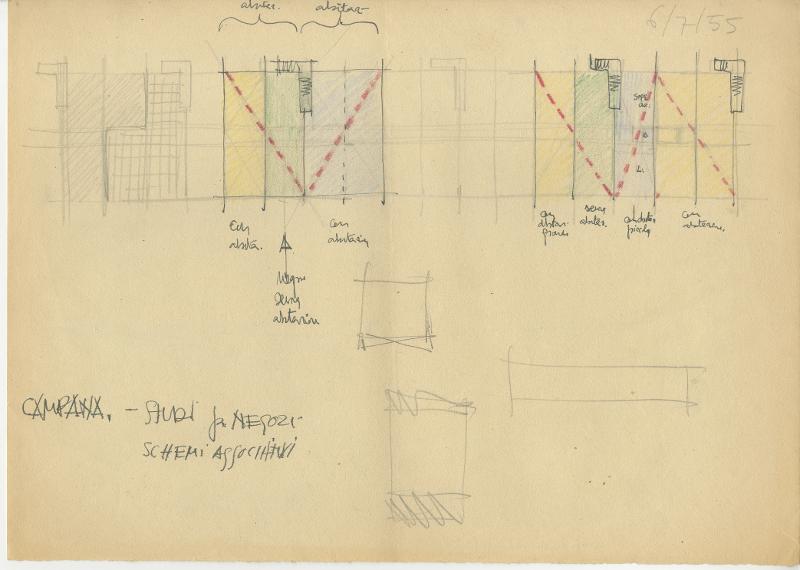 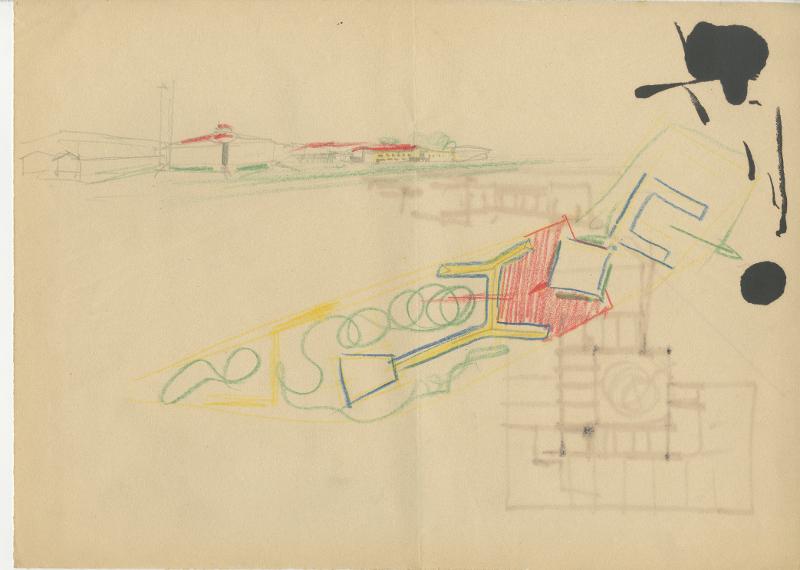 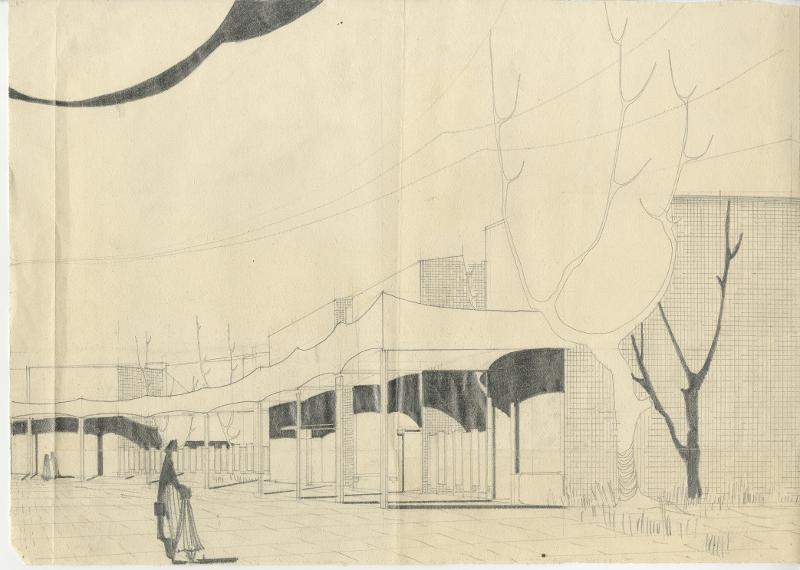 The civic centre in Campana was designed as part of Magistretti's collaboration with Techint, an affiliate of the Dalmine Safta company which gave him numerous commissions for buildings in their industrial plant in Cametarsa (many of the projects were never built).

The project involved the construction of a civic centre with a cinema-theatre, shops, a library with a big garden, the client's offices, and the Dalmine Hotel, the only one that was actually built and is now used as a university residence. All the buildings are located around a semicircular square connecting the latter to the area of the Church, also designed by Magistretti and again, never built.

The main entrances to the sectors are along the porticoed pathways running at various heights between the buildings. The same materials are used in all the buildings: the project report indicates a reinforced concrete skeleton filled and hidden by exposed brick walls.