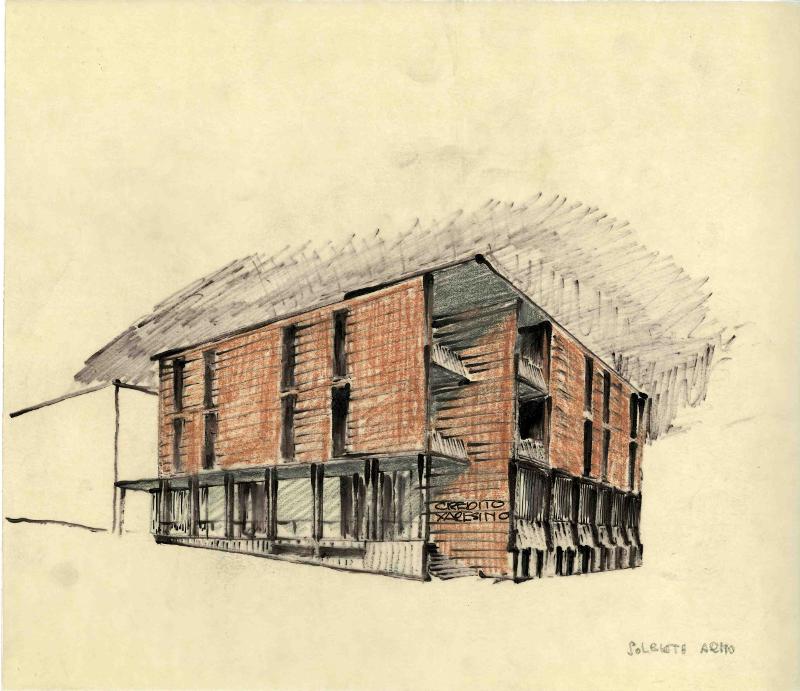 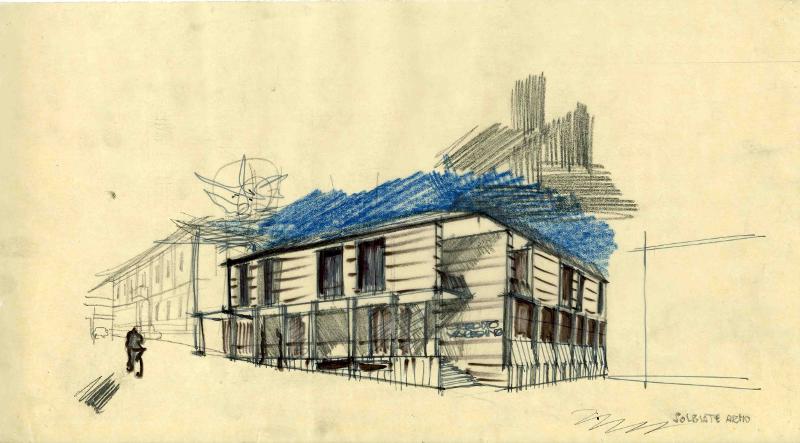 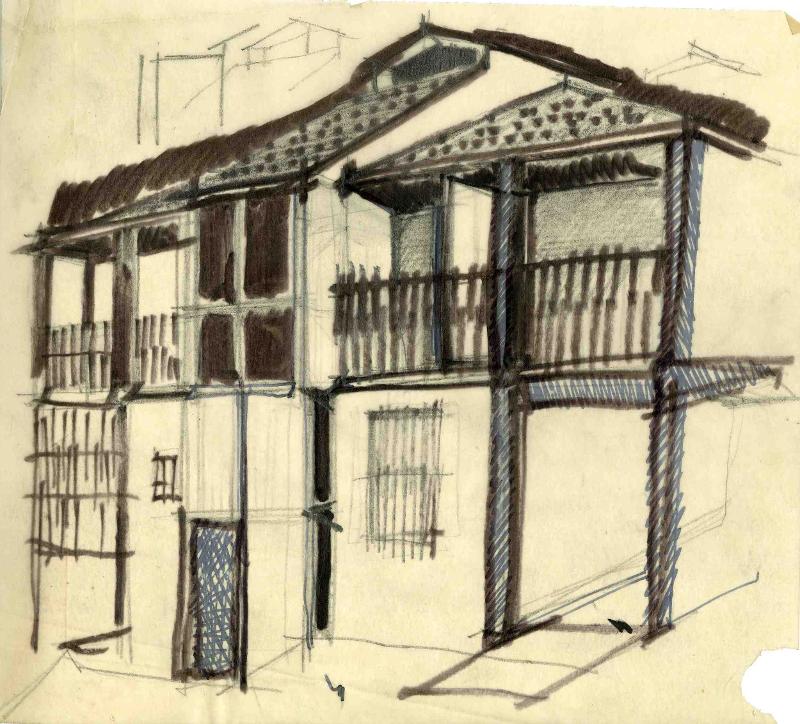 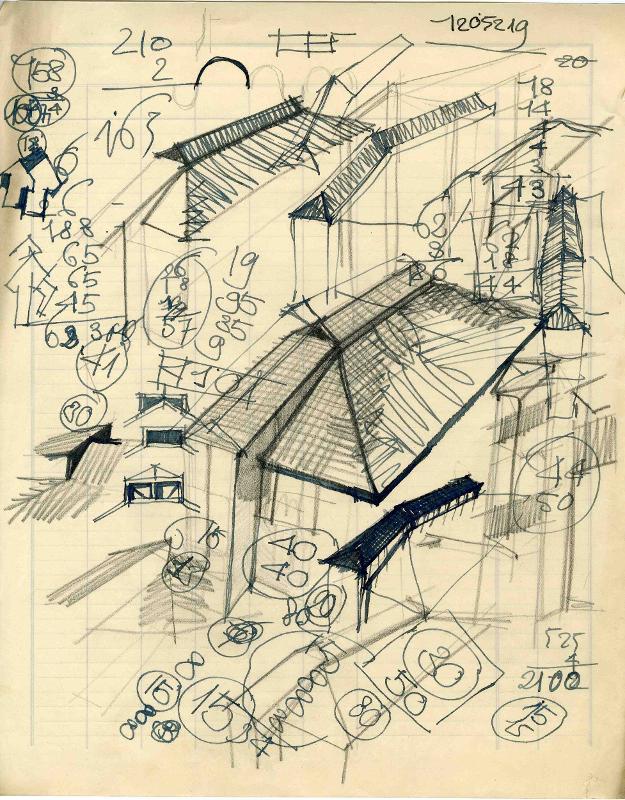 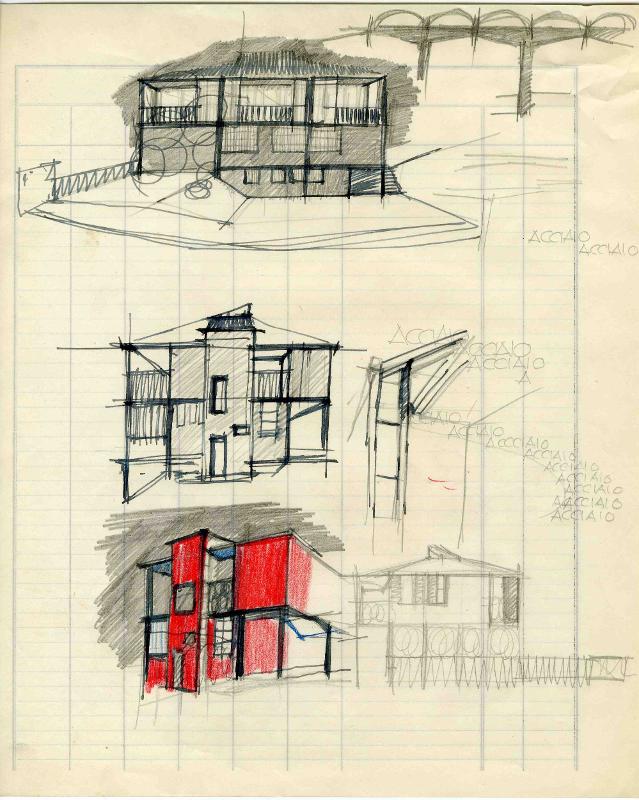 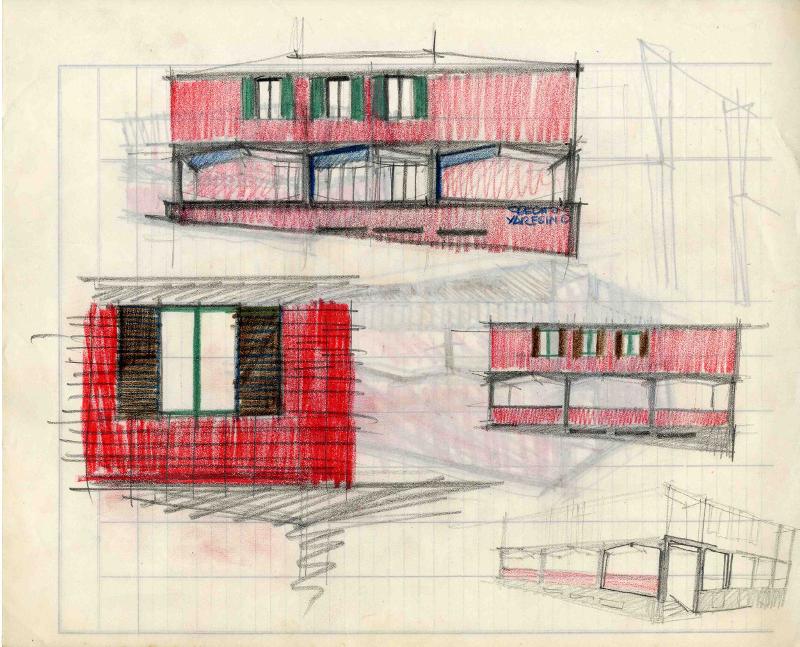 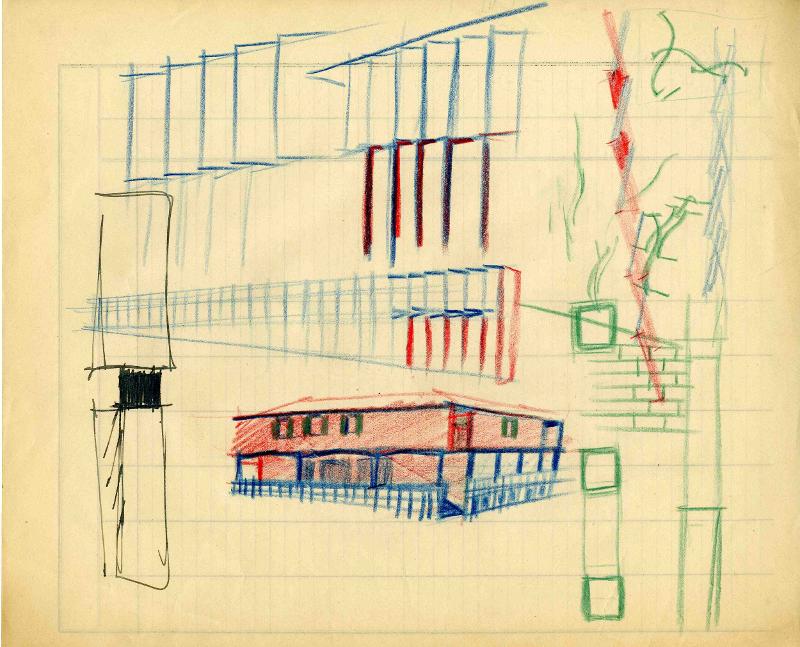 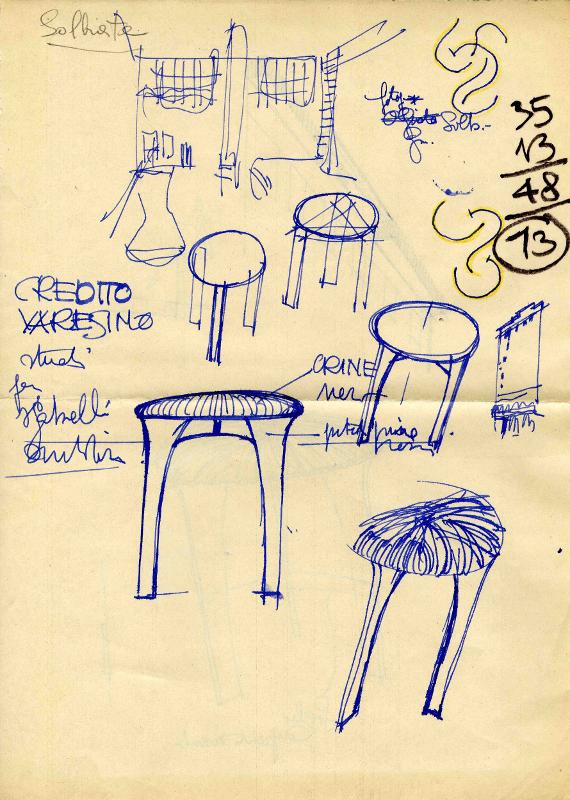 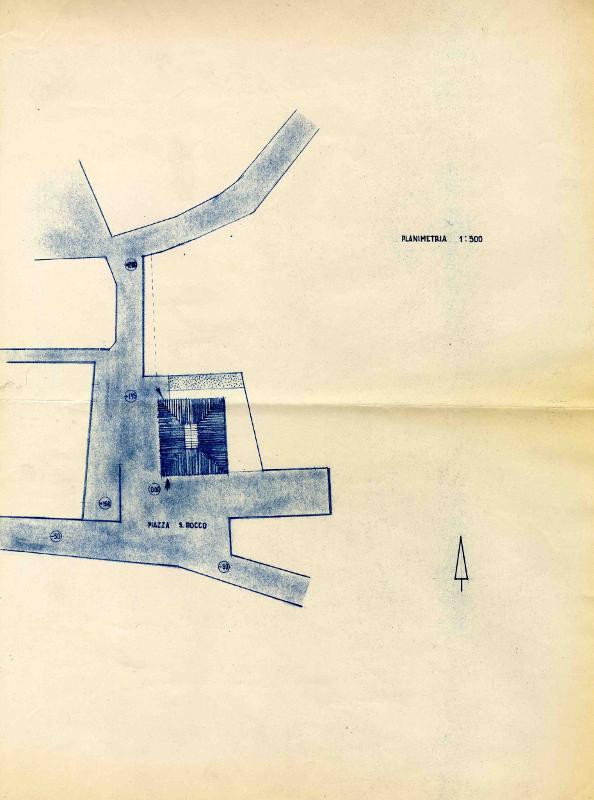 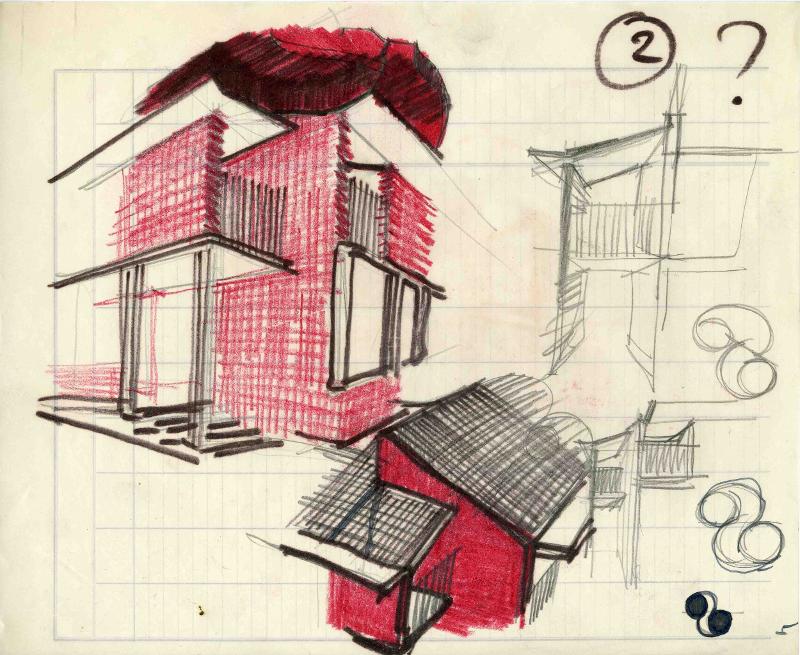 Windows: wood, with security grilles for the bank premises

The building was designed as the headquarters of the Credito Varesino bank, but is now used by another bank.

The three-floor building stands on a sloping lot: the sub-basement with the vault has a slightly inclined, buttress-type stone base annulling the difference in height between the façades. A flight of steps from the square leads up to the main floor with the bank premises and the portico along Via Agnelli. The first floor has two apartments for the branch director and employees.

The elevations are adjusted to suit each façade. The building has five spans along the square with double bush-hammered concrete pilasters tapering towards the loggia on the floor above. The three-span entrance portico towards Via Agnelli is crowned by a solid, rustic plaster fascia with three vertical windows for the apartments. The façade towards the courtyard is divided in two by a solid central volume; the stair are positioned behind this volume and can be reached from the rear courtyard leading to the independent entrance to the two apartments.

The building has a four-pitch roof with Marseille tiles topped by a small open glass terrace providing light to the staircase.

Although the branch of the Credito Varesino gives "the impression it wishes to insert itself discreetly in its environment, without being unnecessarily forceful or flaunting its function" (Crespi and Del Corso, 1990, p.99), it is actually the end result of numerous redesigns, especially of the façades (Magistretti studied several variants) and pitched roof; only at the end of the design process did he choose the latter rather than the flat roof visible in many of the sketches.

Magistretti also designed the interior furnishings; he re-elaborated the Solbiate model for the projects of many other branches of the same bank, including in Caronno Pertusella (1953), Busto Arsizio (1954), Laveno Mombello (1955), and Olgiate Olona (1954).