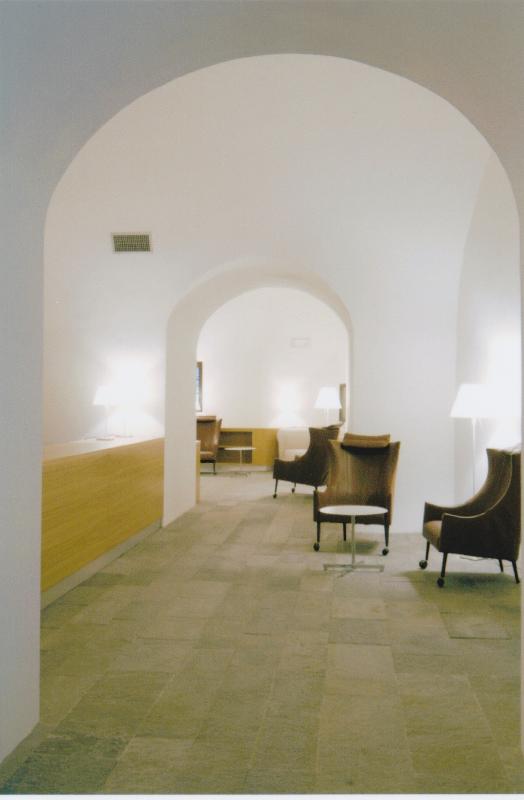 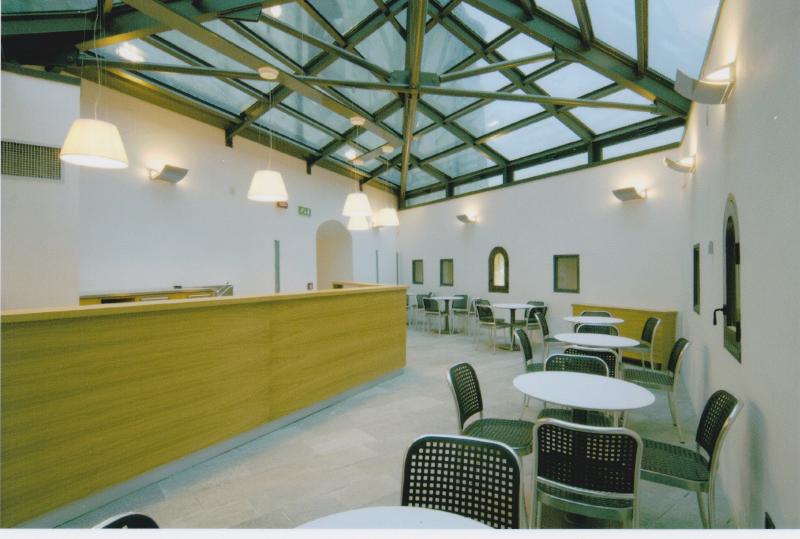 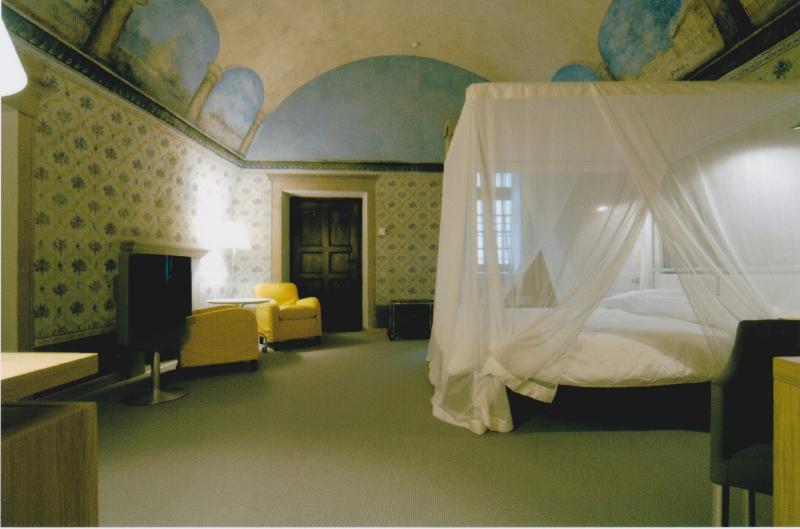 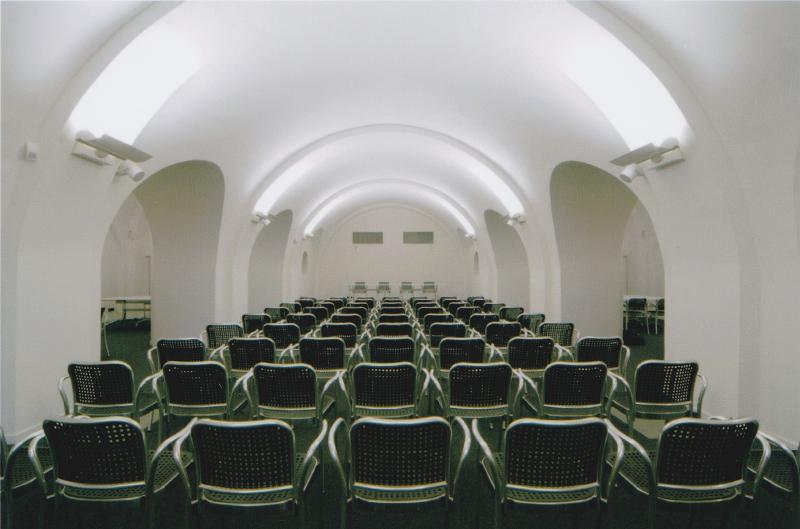 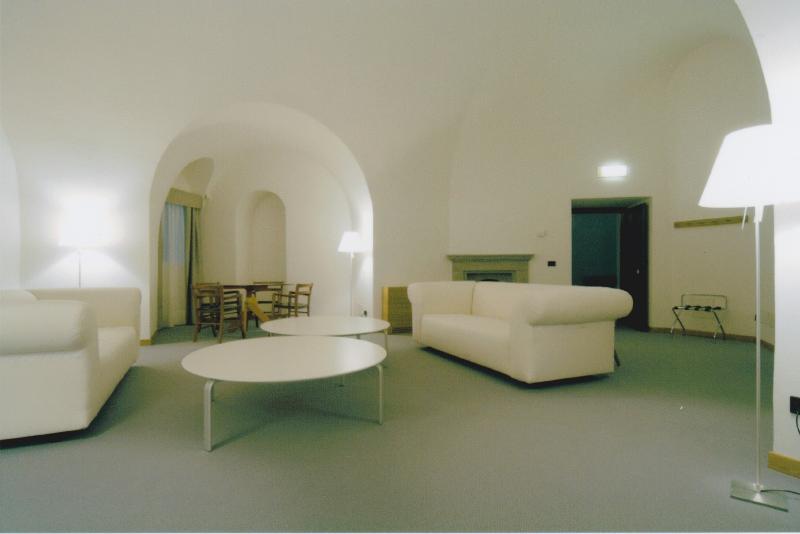 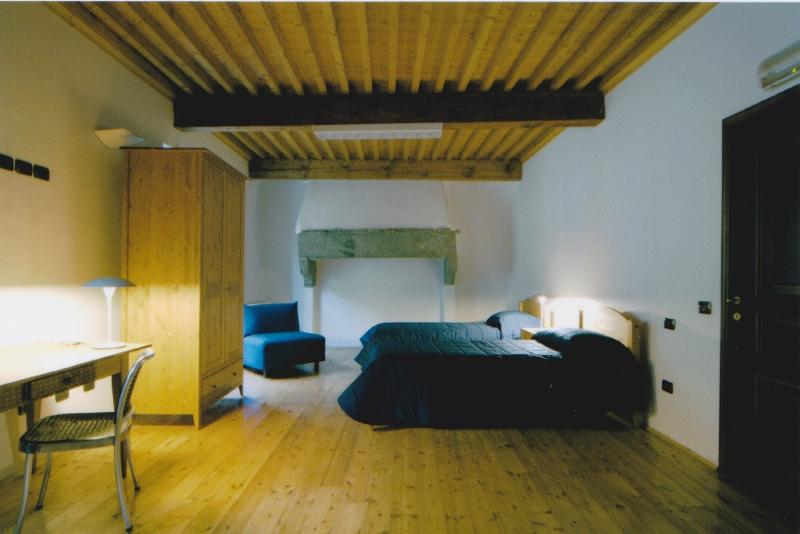 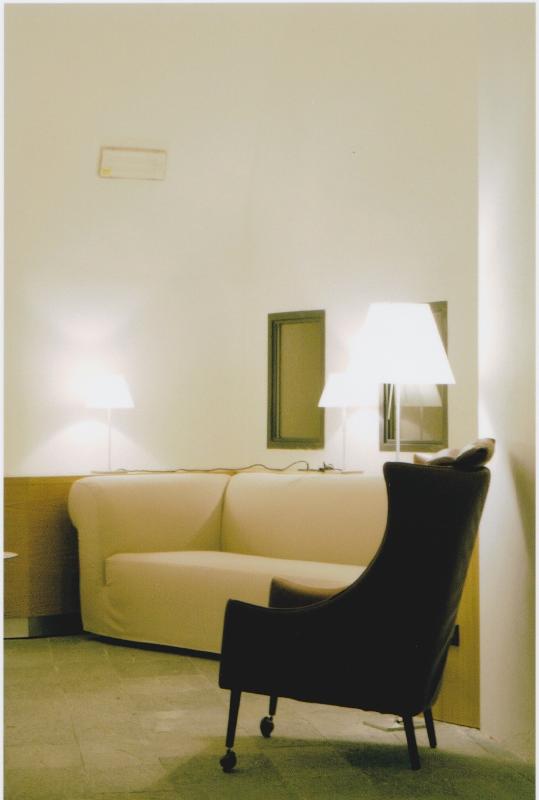 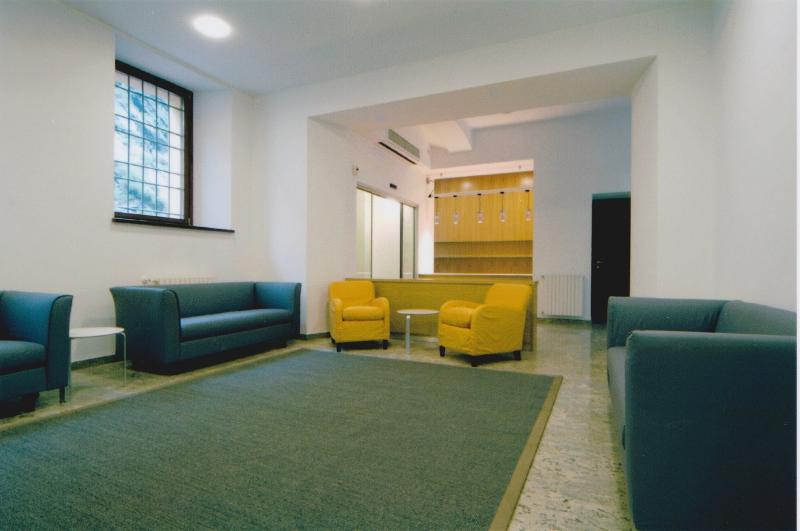 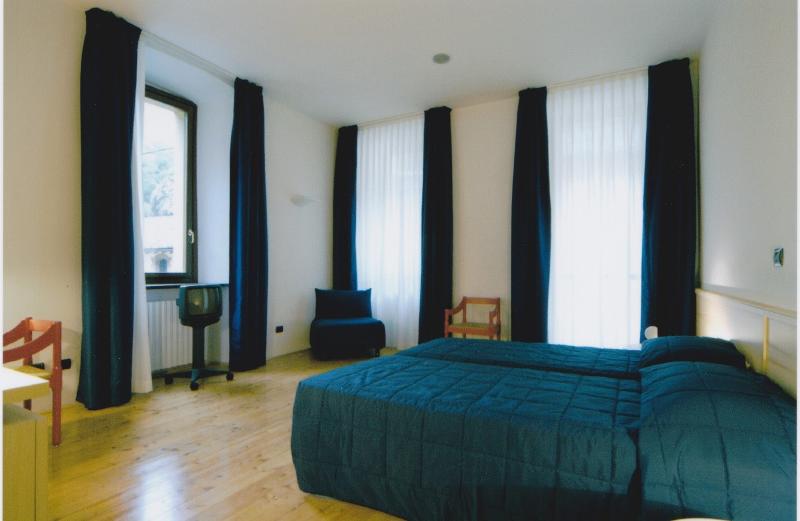 The project was designed in collaboration with De Padova. Vico Magistretti placed certain items of the company's products all around the fortress: Silver, Carimate, Susanna, Tondo, Pollack, and Dress.

information about the fortress /project

The first time I went to look at the fortress in 2002 I was impressed by the force and arrogance of the site; the place where clashes and battles had once been fought was now a centre of culture and friendship.

I was instantly and positively influenced by the imposing and well-executed restoration. This allowed me to adopt a simple, effective approach to the design.

It involved organising spaces and functions over a 4,000 square meter area that included a craftsman's shop and a luxury hotel in a context I would describe as unique and exceptional.

I immediately thought I would "tame" such a rigid building using household furnishings, colours and lights to try to mitigate the impact. In short I tried to visually soften the two meter thick walls with slits for rifles and cannons.

The technical spaces to be organised were inevitably influenced by the architecture of the fortress which often created obstacles and obligatory itineraries. Nevertheless I always tried to find simple, practical solutions that would not affect what had already been done.

At first glance I realised that I could put a few products in the office and conference area to counterbalance the force of the spaces, in particular I succeeded in creating an optimal balance between the elements thanks to the "white arches" in the congress hall.

The hotels and restaurant areas required more in-depth study since I had to diversify the part that belonged to the medieval hamlet from the fortress itself. Here, as elsewhere, I focused on the use of industrial products, because I've always believed that the interesting thing about design is what we were taught by the Bauhaus school, in other words the appeal of serial production. In fact, big numbers give meaning to design, i.e., an object produced for many people.

So I liked to combine objects and furnishings with the same common denominator, designed and manufactured in the last forty years: simplicity and attention to detail. In short, objects testifying to Italian design, placed in a tourist location

Light and colour were the other crucial ingredients. The light in a place nestling under the shadow of a hillside is rather sharp-edged, so I wanted to use lighting fixtures that were, as far as possible, simple and clean-cut; lights that would do what they were meant to do without too many decorative elements, something which, I'd add, will make them elegant. The colour of the vegetation and fabrics softened the settings by mixing the neutral tones I found on site with the warm colours of autumn in the mountains.

I hadn't visited the Aosta valley since I was a young boy when I used to holiday in the Cogne valley with my family. My life then led me elsewhere, but I have to say that I immediately felt at home with the people and places and this helped me to calmly express myself. I firmly believe that whoever finds their calling in life is the luckiest person in the world: to work doing what you love. As far as I'm concerned, I am still very enamoured of my profession, or better still, the pleasure I have is even greater now.

I'd like to thank the collaborators who have helped me in these last three years when we've worked together on this project: Simona Cremascoli and Roberto Cerri with whom I've shared the worksite and studio. I'd also like to thank my client who gave me the opportunity to do a job that not only represents me but also gives me great satisfaction.

Appartamento Chiesa in via Bigli, Milano2003

Appartamento Discacciati in via Solferino, Milano2004

Appartamento Vigliani in via Amedei, Milano