The Building in Via Conservatorio, Milan 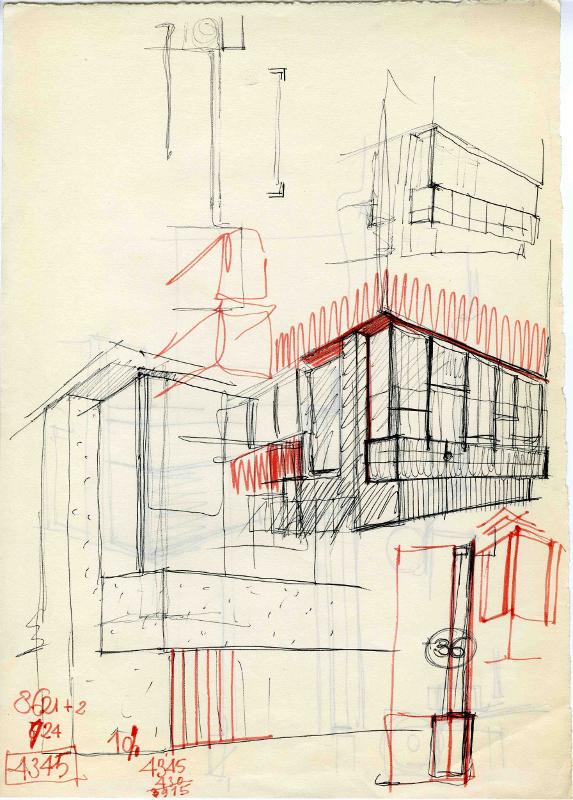 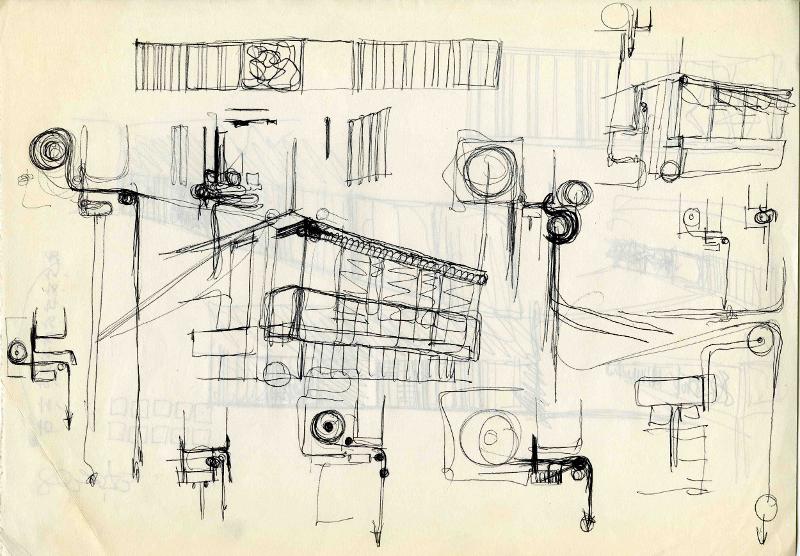 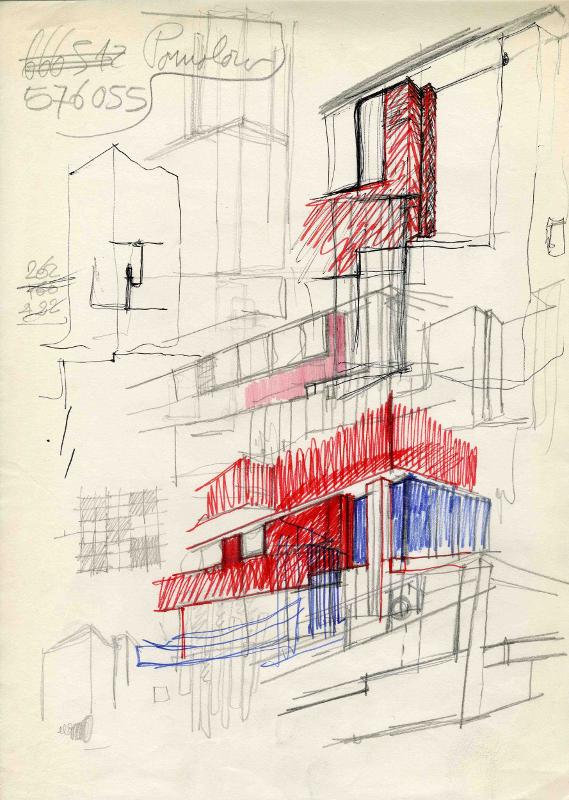 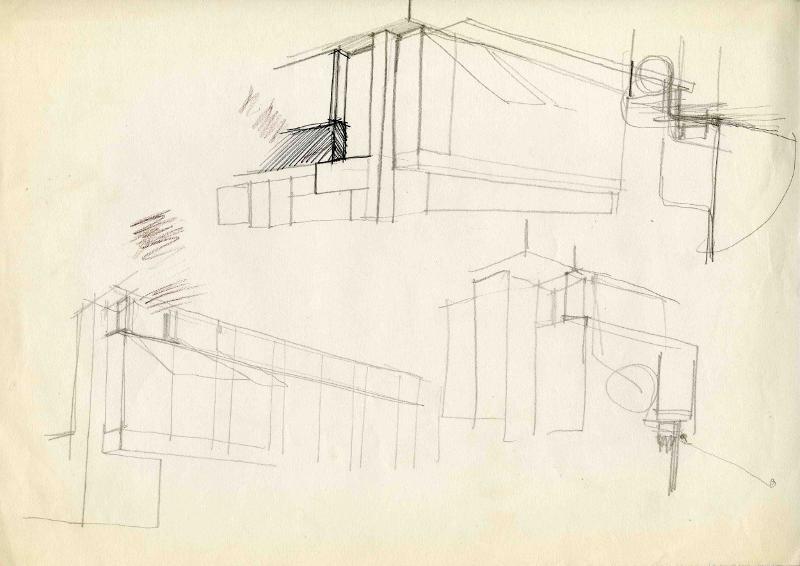 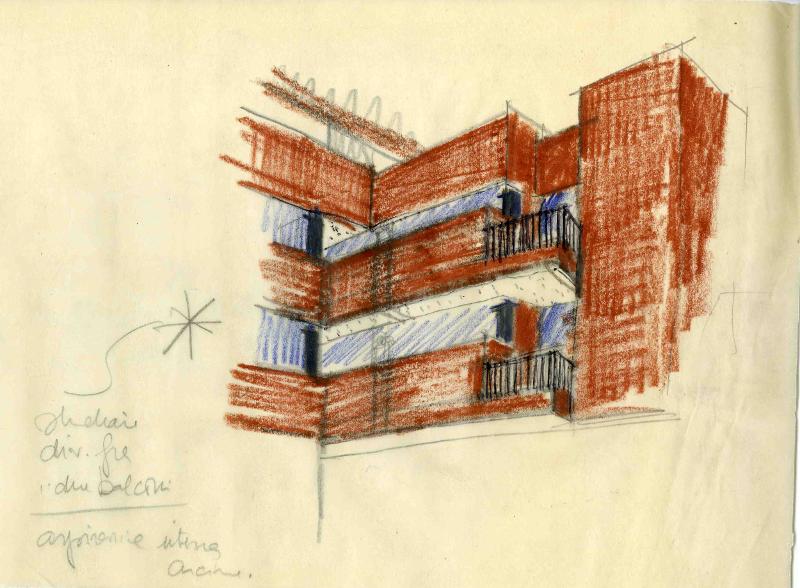 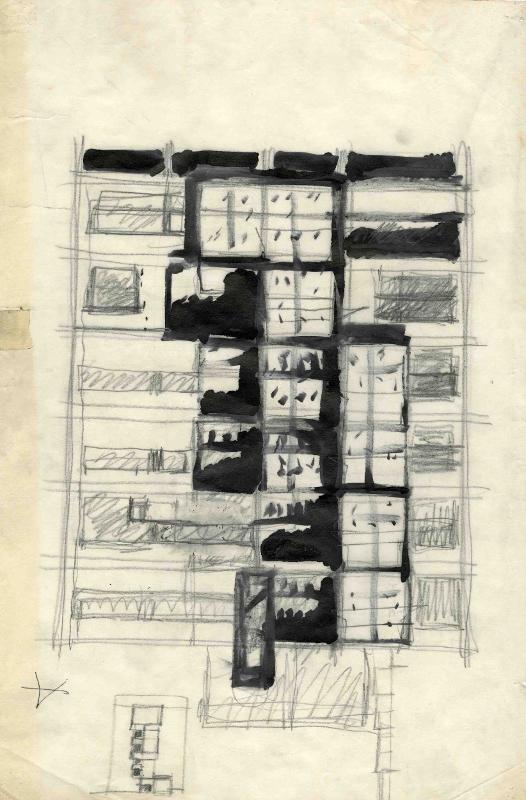 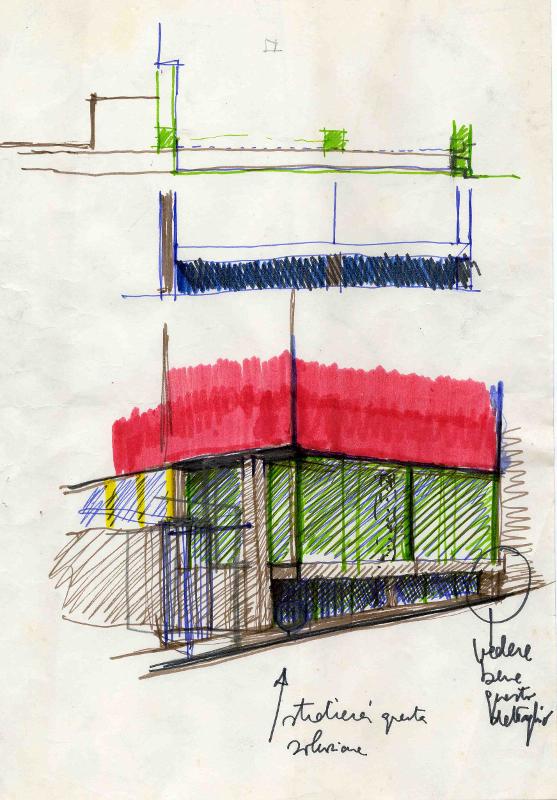 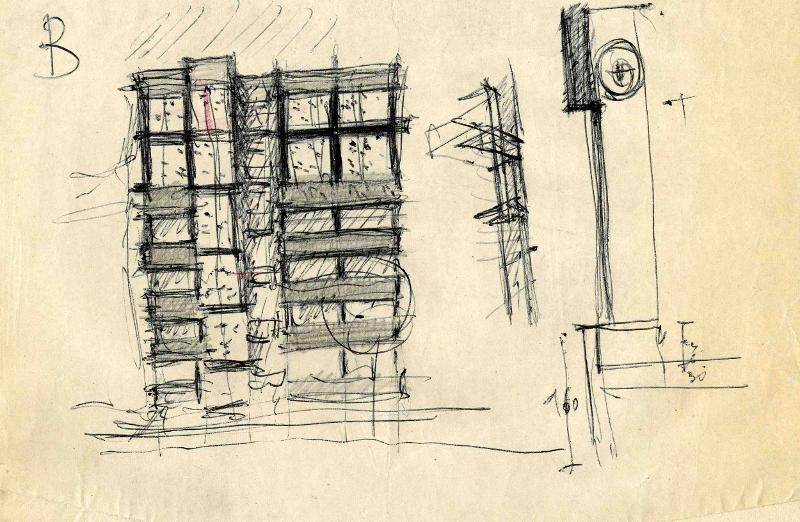 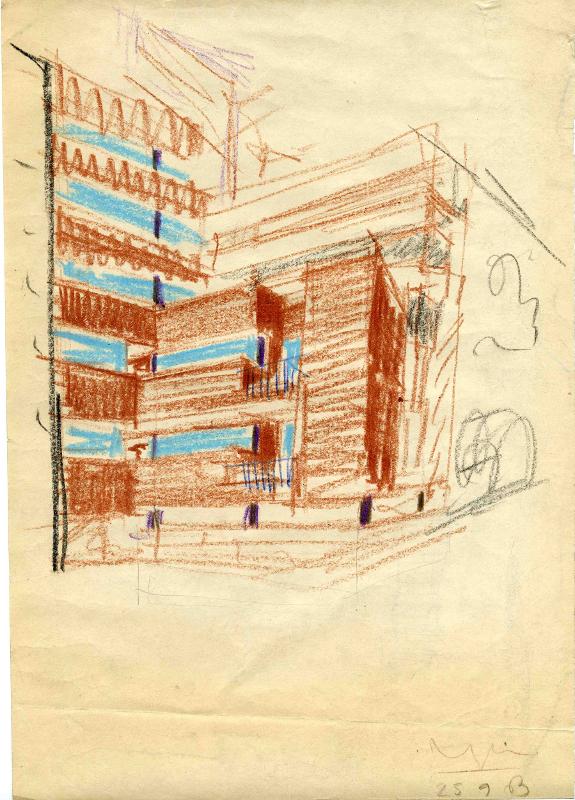 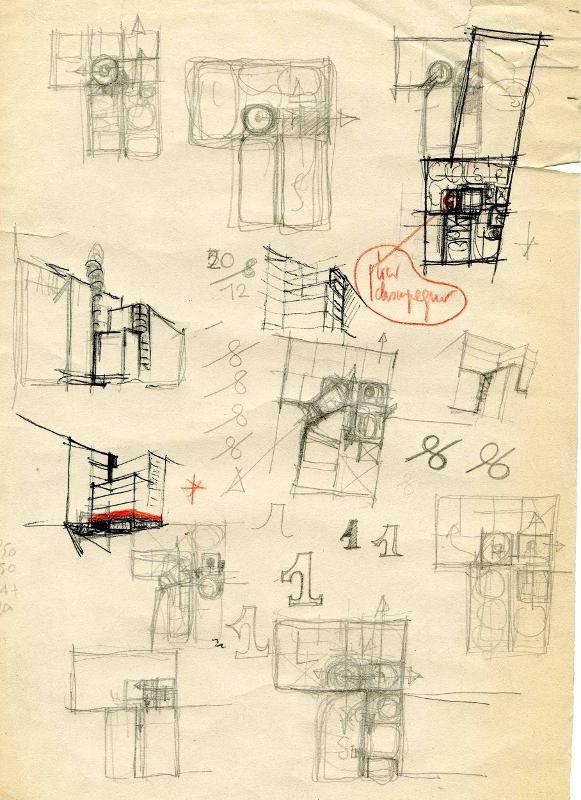 The apartment complex in Via Conservatorio was a unique opportunity in Magistretti's career because it was located next to the condominium on the corner of via Bellini designed by his father Pier Giulio in the twenties.

The building was to be constructed in a prestigious neighbourhood bombed during World War II; its L-shaped plan did not, however, reflect the block-shaped buildings that once stood there. The street façade is, in fact, extremely narrow; the building's task was to link the different heights of the adjacent blocks. The rear of the main volume extends to a small garden overlooked by the balconies and terraces of the increasingly tapered building.

Direct comparison with his father's architecture takes place primarily in the inner courtyard at the rear where the old merges with the new thanks to the ground floor offices designed with full height glass façades.

The plan includes a single staircase with a circular ramp inserted in a triangular volume; its design recalls several projects by the maestro Louis Kahn.

Here too Magistretti opts for a red-brown finish for the façade reminiscent of traditional Milanese terracotta; at the same time it confirms not only his intention to nestle the building in its surroundings (according to the now famous lesson by Rogers), but also the choices he made for the buildings in Via Santa Marta and Piazza San Marco.