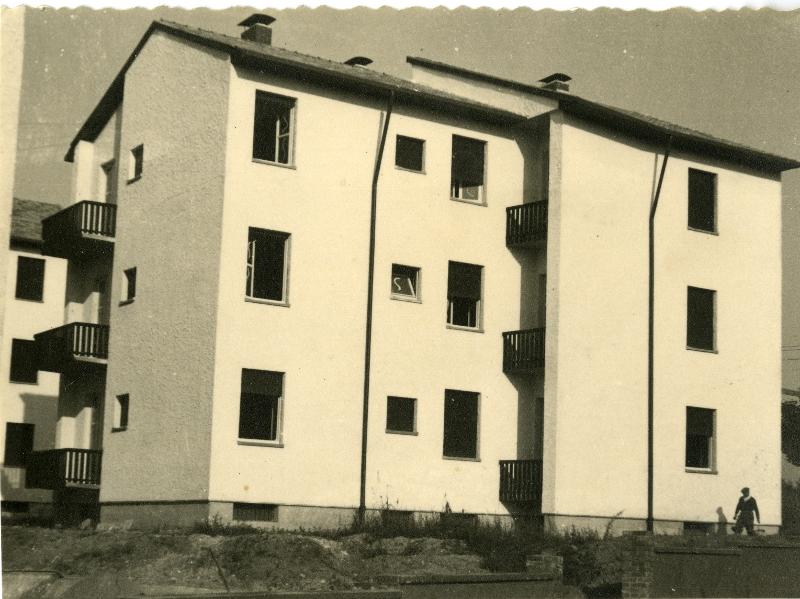 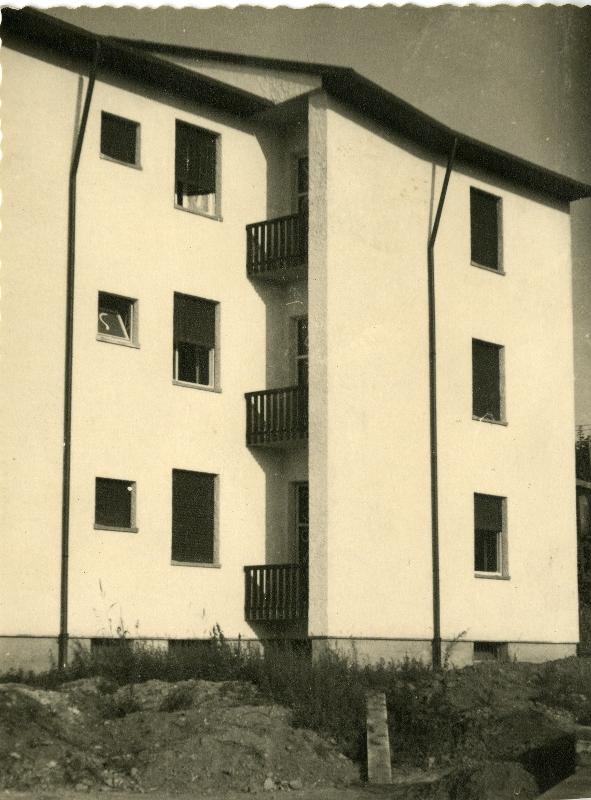 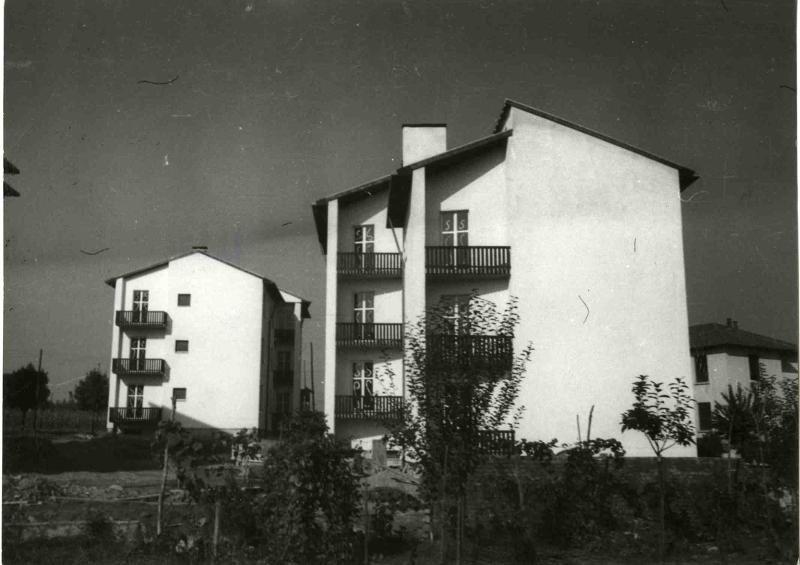 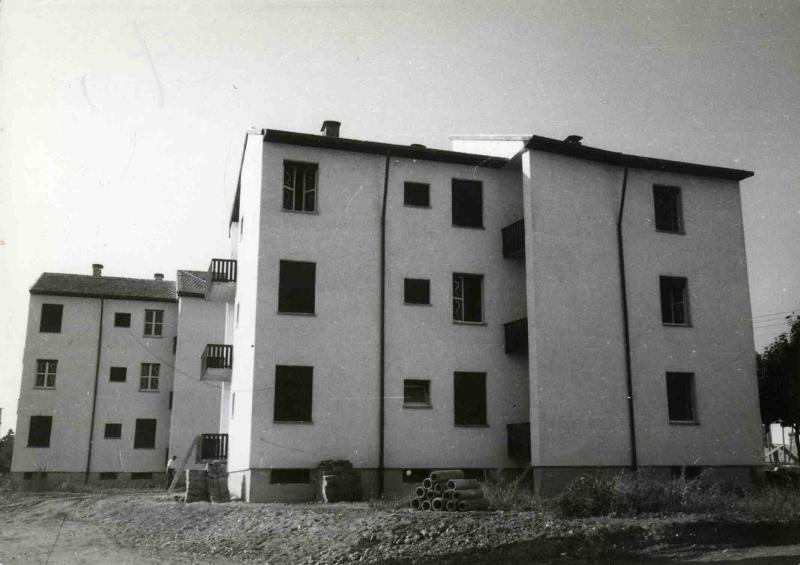 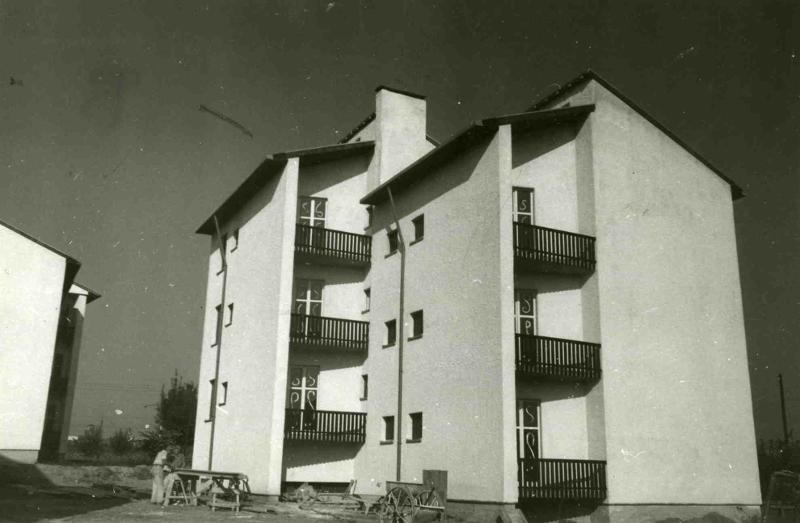 Roof: pitched roof with a staggered ridge and Marseille tiles

The neighbourhood was financed with funds from the INA-Casa plan. The five buildings, at a 18° angle compared to the main axis of the street, are divided into two types reminiscent of the traditional style used in this area.

The three "Type A" blocks have an overhang above the balconies of the bedrooms along the east façade. Instead the entrance is located along the west façade where a staircase leads to the apartments - two per floor - each with four rooms plus a bathroom and an open space kitchen and living room (also with a balcony).

The two "Type B" blocks consist of two smaller buildings, different in height, with three floors above ground staggered around a communal staircase where overhanging loggias enliven the elevations.

The carefully designed parapets of the loggias and balconies were originally made with wooden slats semi-sunk into the floor. However they have been removed and replaced by simpler steel elements.

The external walls are covered in a two-coat plaster with a medium trowel finish and have black and white grit window sills. The roofs have double pitched roofs with Marseille tiles and a staggered ridge.

All the buildings have a basement which was initially used as a storeroom and communal laundry. The windows - lacquered wood for the apartments and iron for the stairwells - have been replaced. Garages and fences have been built around each property.

The initial project envisaged the construction of eight buildings, while only five were actually built.

In 2005, the Municipality of Somma Lombardo approved a new general town planning scheme in which the project by Magistretti and Gentili Tedeschi was classified as "Type C", in other words a good example of contemporary traditional housing.