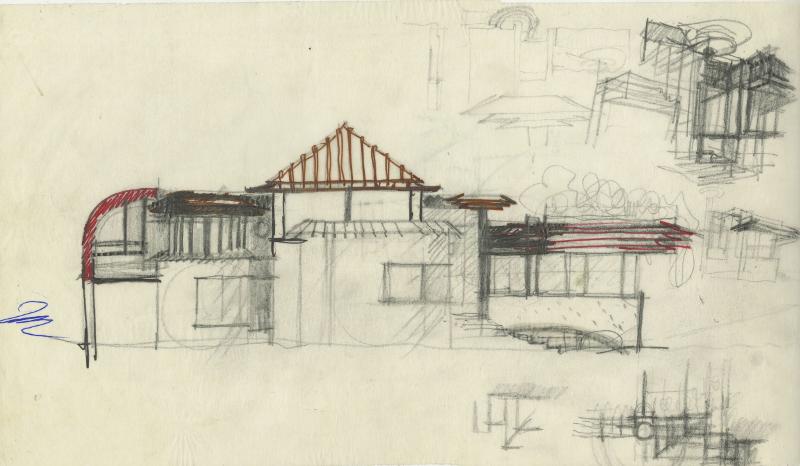 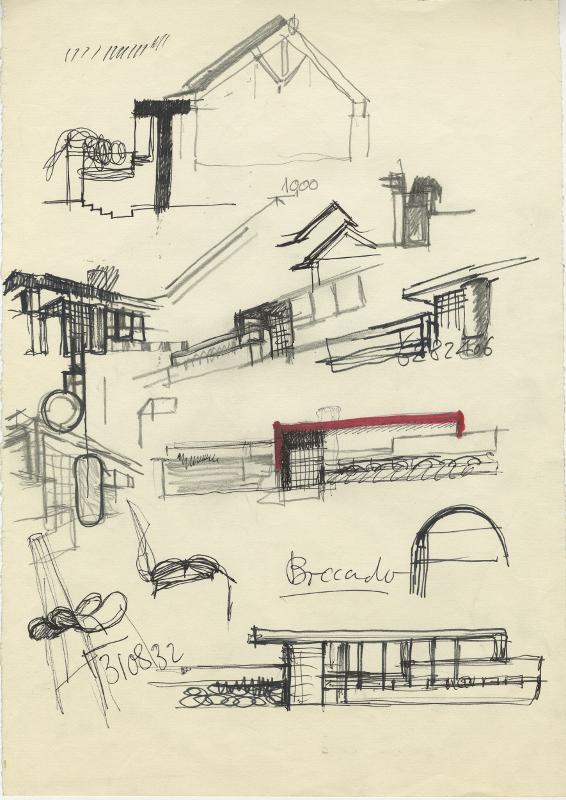 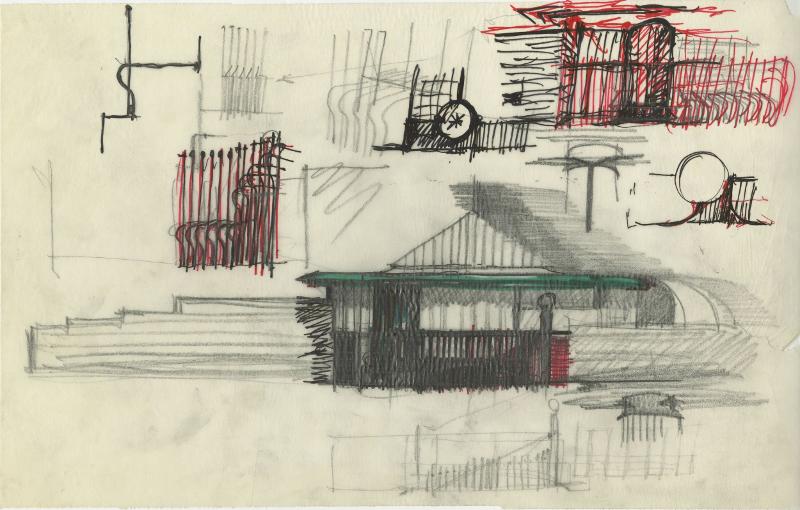 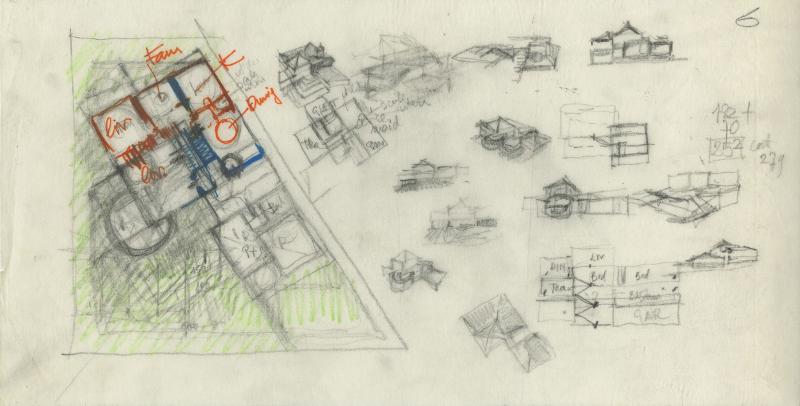 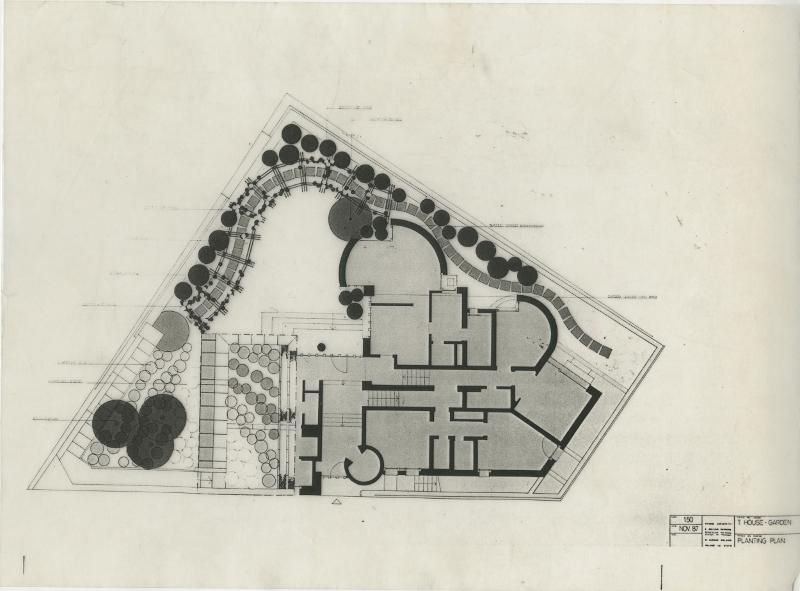 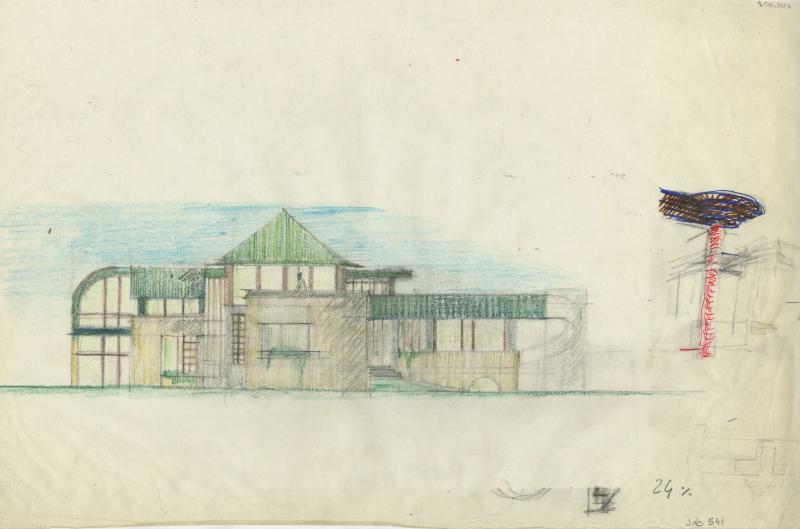 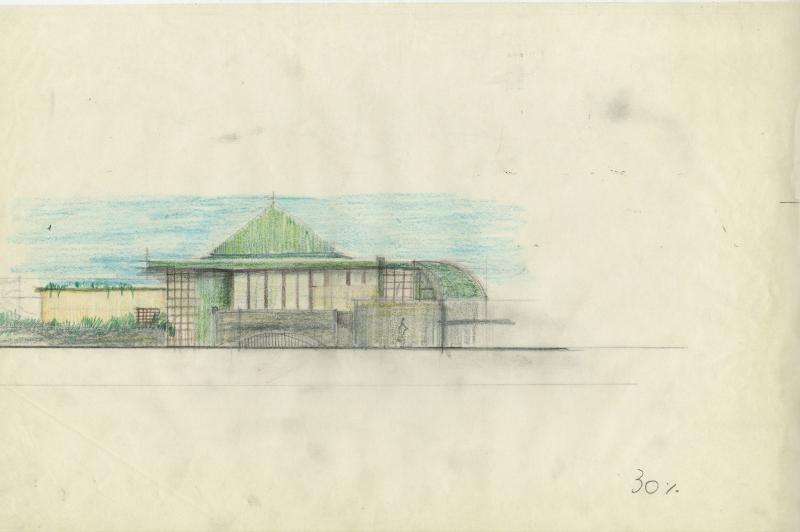 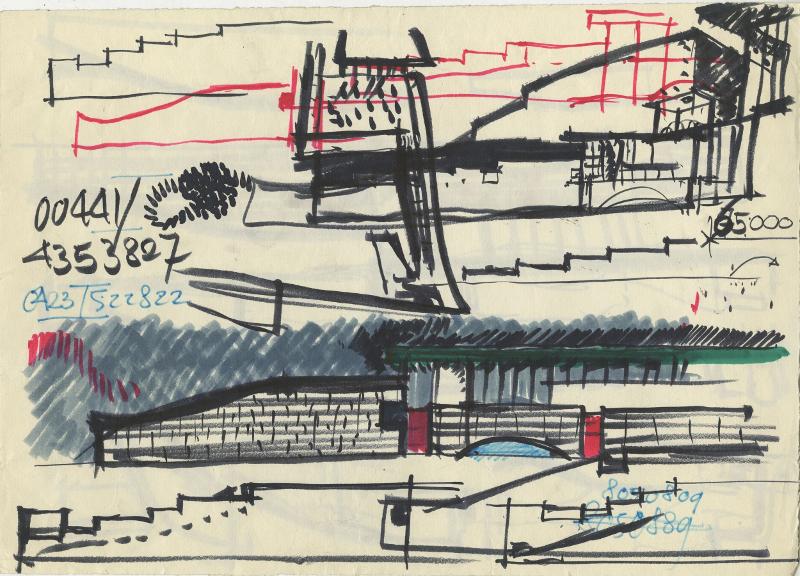 With his usual, subtle irony, Magistretti himself narrates the spirit that inspired his design of the house for the Tanimoto family who, when they contacted him, said they wanted "a 'western' house designed by an Italian architect". However his description of the memory of his experience in Japan is inextricably linked to one of the most significant episodes in the history of architecture in the latter part of the twentieth century, an episode in which Magistretti plays a key role together with some of the most talented Italians who participated in post-war reconstruction. In fact, in the project description, Magistretti writes: "My friend and teacher, Ernesto Nathan Rogers, used to call me his 'first pupil' because I was chronologically the first student to whom he had spoken 'ex cattedra' [...] A few years later, together with Rogers, Gardella and De Carlo I attended the last congress of the C.I.A.M. in Otterlo-Holland where the Sacred College, in this case of the C.I.A.M., excommunicated us because we had dared to use architectural elements typical of the local landscape in the projects we presented. In my case, very modestly, shutters on windows. I can still remember the confrontation, the laughter, but also the fact we were convinced we should continue as we saw fit. I seem to recall that the C.I.A.M. didn't hold any more meetings. This was another reason why I was struck by Tanimoto's request: it confirmed an alleged preminence, even in such a refined culture, that western imagery "expressed the contemporary". After sitting for a long time with the couple I began to work on the project, well aware that what I designed would never be a house that I could have built, say, in Turin or New York".

The house was a perfect mix of modernist appeal, Japanese tradition, and the unique features of Magistretti's architecture. Built on an uneven piece of land in the Aoyama neighbourhood, the design exploited its unevenness to create volumetric patterns similar either to those of Casa Muggia at Barzana (1972-1973), in the Bergamasque region, or the "Roccolo" at Ello (1960-1962). In particular, the building in Japan and the one in the Como region share a common feature: their spatial complexity can only be easily interpreted from the garden, designed, as so often in the past, by Elena Balsari Berrone. On the contrary, the façade towards the street is low-key and severe, with an unexpected detail: the local granite curvilinear boundary wall embellished by a brass salver dotted with little stone balls (a homage to the Imperial Hotel in Tokyo designed by Frank Lloyd Wright and demolished a few years earlier). The salver was a reference to the cannon balls which are stacked in one of the courtyard of the Sforzesco Castle in Milan. Instead reference to local traditions is embodied by the leather-coloured terranova plaster finishes inspired by Magistretti's careful observation of the few remaining traditional wood and masonry houses that survived modernisation in that area of Tokyo.

The building's volumetric opulence is reflected in the complex internal spatiality, not least due to a double-height entrance hall leading to the dining room (in line with the office and kitchen), the TV room, and the living room. At the end of the hall a window a view over the landscape. The teak floor acts as a backdrop for the elegant birch boiserie enveloping the furnishings with its warm colours and nuances. Most of the furniture was manufactured by Italian companies and collected by the Tanimoto family who considered them to be works of art. They include some of Magistretti's most successful design objects: old photographs reveal a domestic environment with a successful arrangement of the "Cardigan" and "Veranda" sofas, the "Sindbad" and "Vidun" tables, the "Marocca" chair, and the "Atollo" or "Pascal" lamps.

The harmony suffused throughout the domestic environment is not, however, the result of a happy combination between a distant culture and a brilliant ability to mix different pieces of furniture. It is instead generated by a disciplined design method that one can sense by looking at the long series of drawings: continuous, intense work that prompted Magistretti to experiment on paper with an endless number of solutions, searching for what makes the difference between a good project and a house on a human scale. He used the floor plan of the house to test possible options about where to put the stairs; the variations first affected the positions of the rooms and then influenced the elevations and three-dimensional views. He also carefully studied the relationship between light and shadow and, finally, the detail of the exquisite gate introducing the visitor to the essence of this Italo-Japanese house.