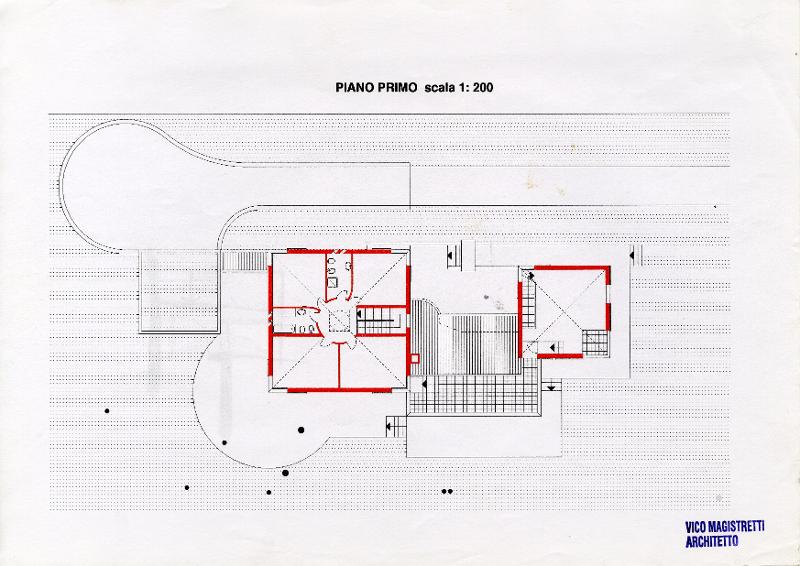 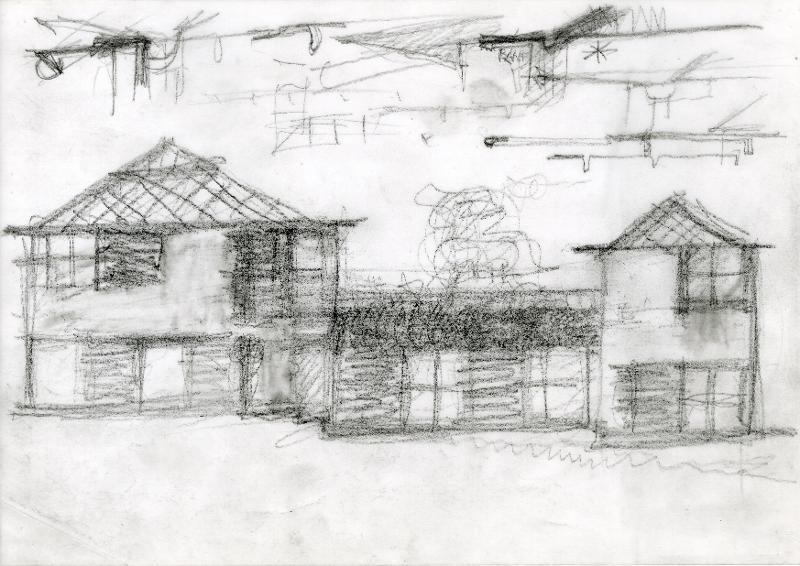 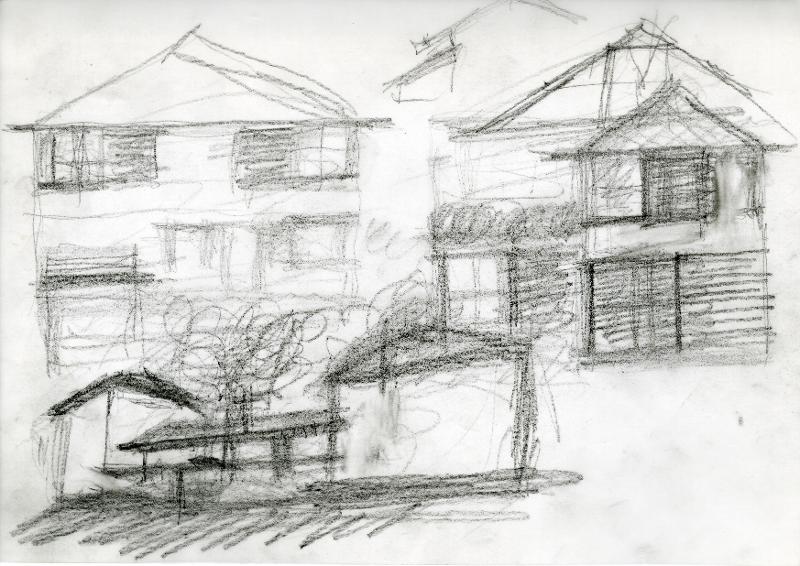 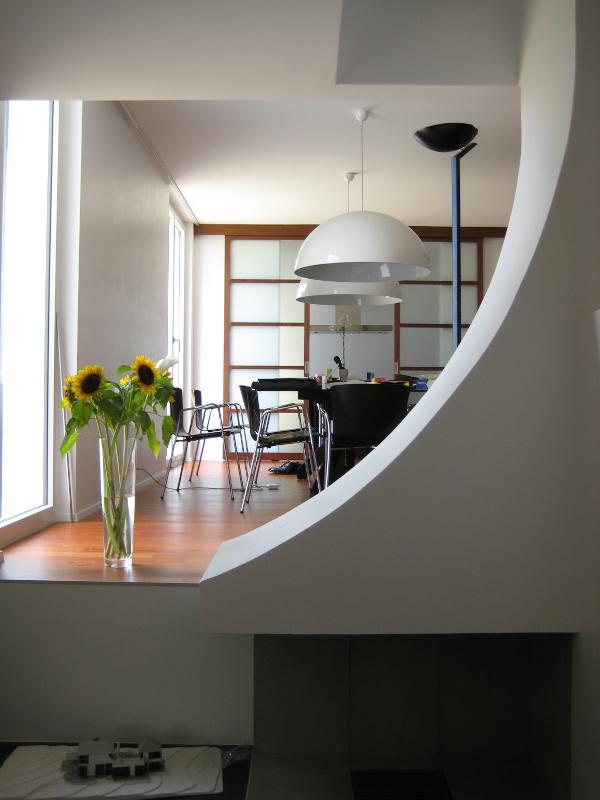 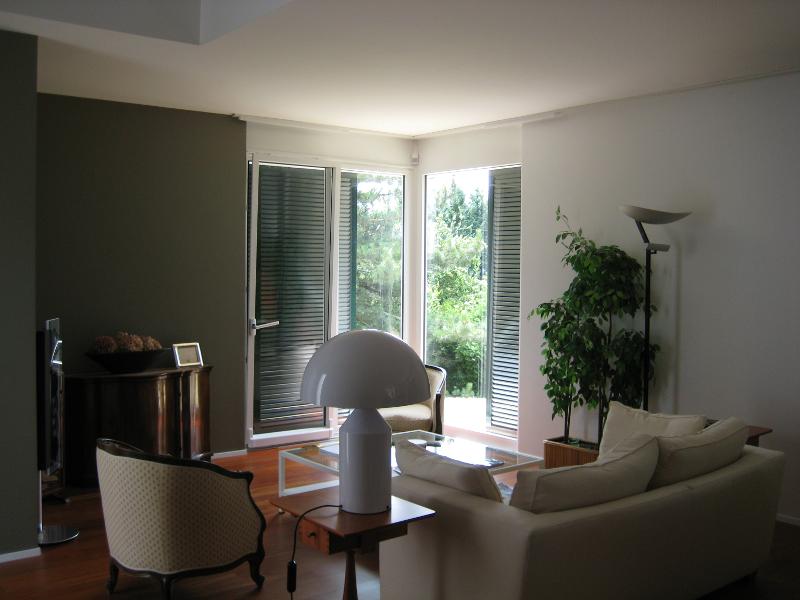 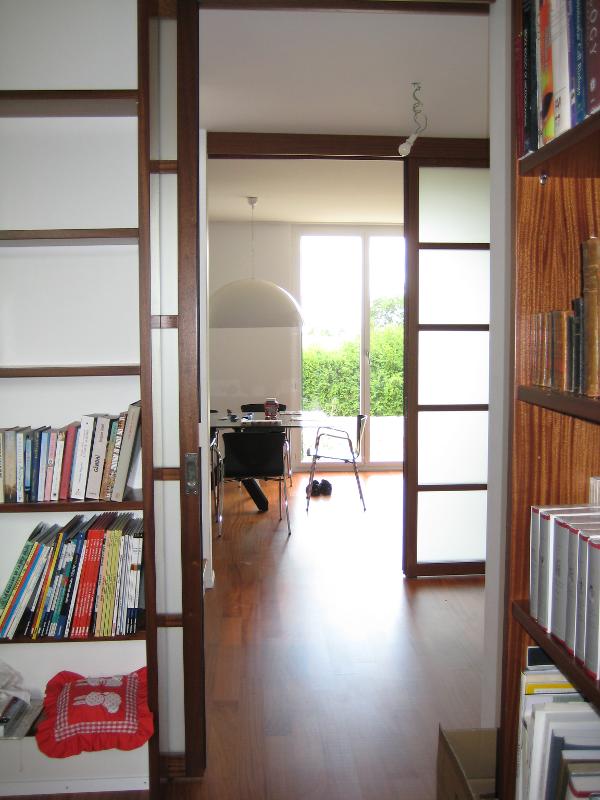 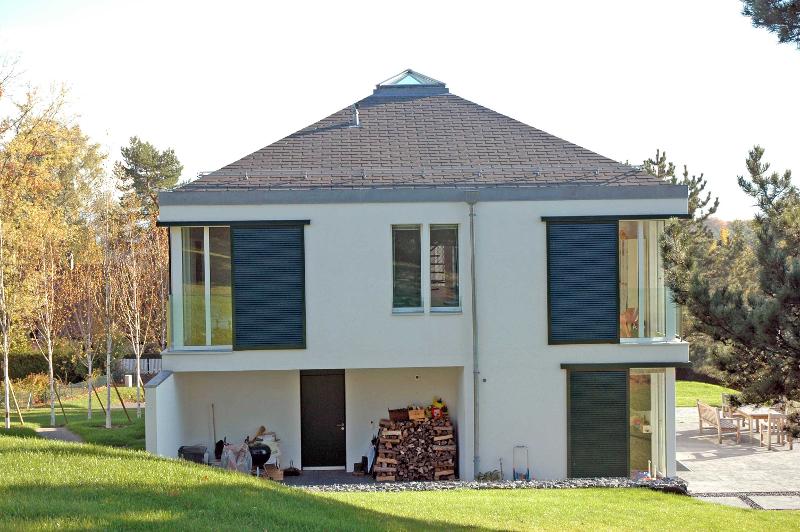 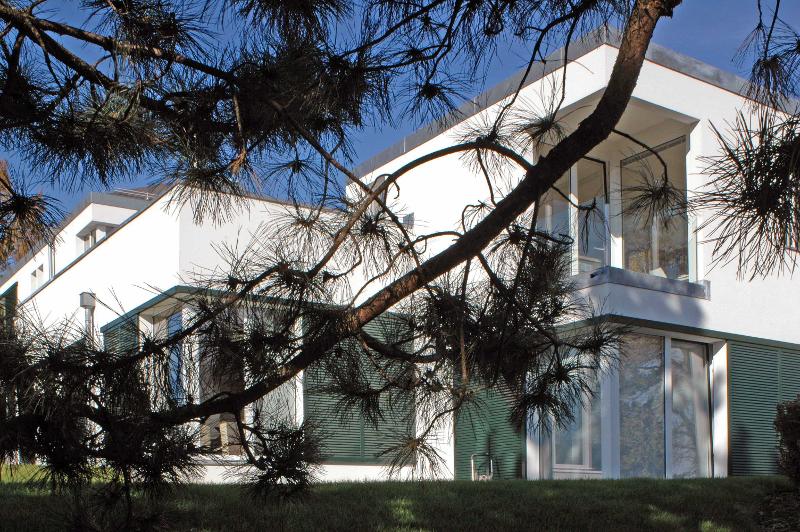 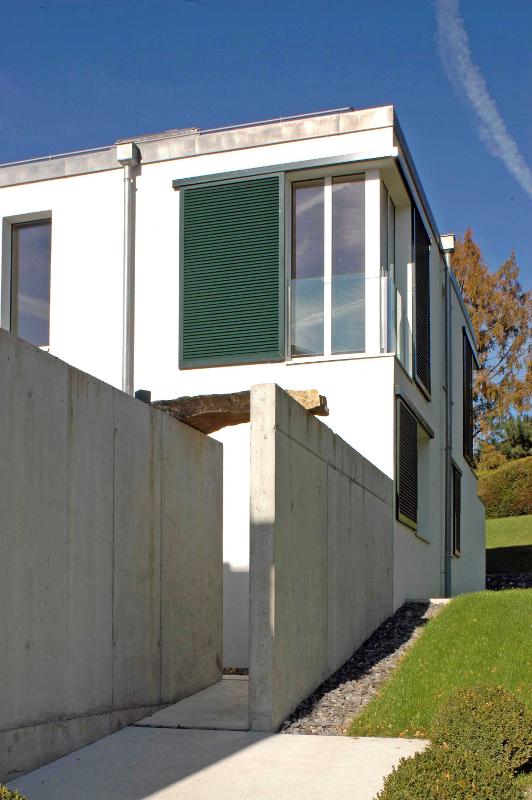 The villa was built in the Lausanne neighbourhood for the architect Pierre Magistretti (his brother Max's son). It has two floors above ground: the main floor, at ground level, includes the day area and master bedroom; the second floor, also used as a sleeping area, is divided into two separate volumes and can be reached by two independent pathways which, however, both pass through a big terrace.

The very simple volume, with a pitched roof system, has a series of big windows with external sliding shutters. The floor plan is instead more multifaceted: the functional areas open into one another. Several details, such as the shaped wall around the living room, make this solution reminiscent, for example, of Casa Muggia at Barzana and Casa Arioso at Arenzano.

It was one of the last works initiated Magistretti and was completed only after his death.

Appartamento Chiesa in via Bigli, Milano2003

Appartamento Discacciati in via Solferino, Milano2004

Appartamento Vigliani in via Amedei, Milano