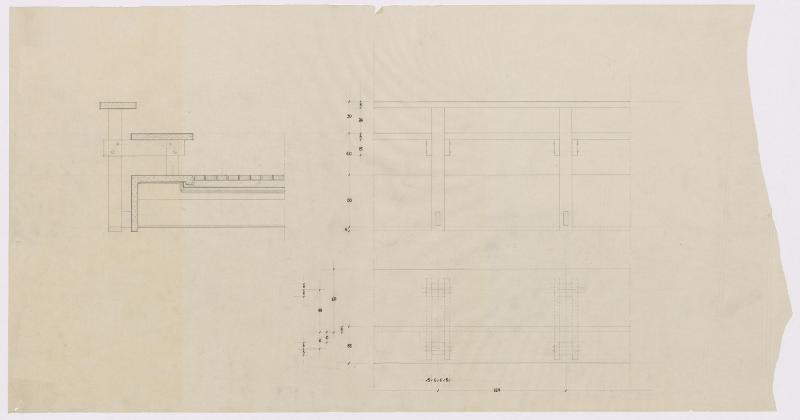 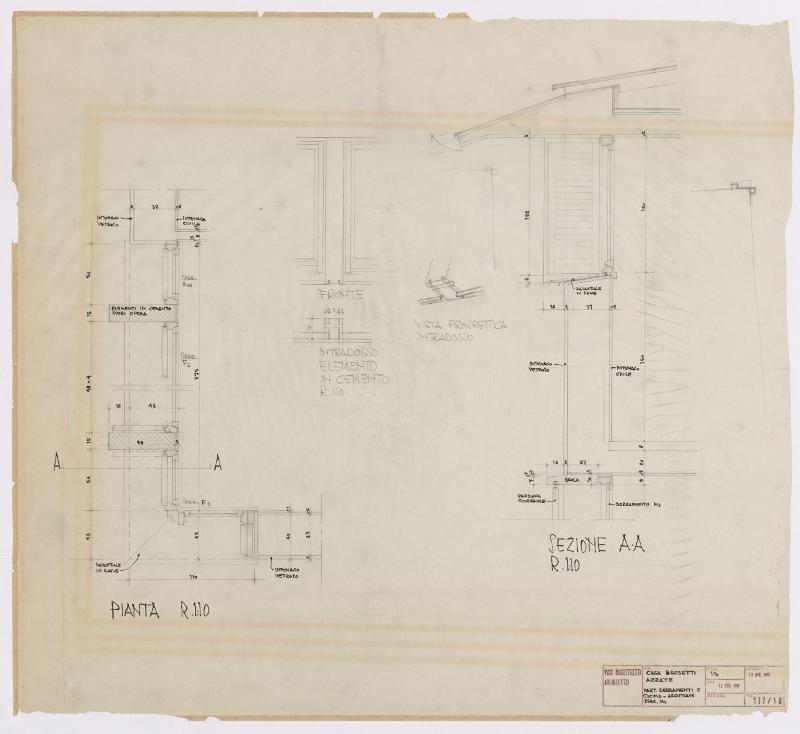 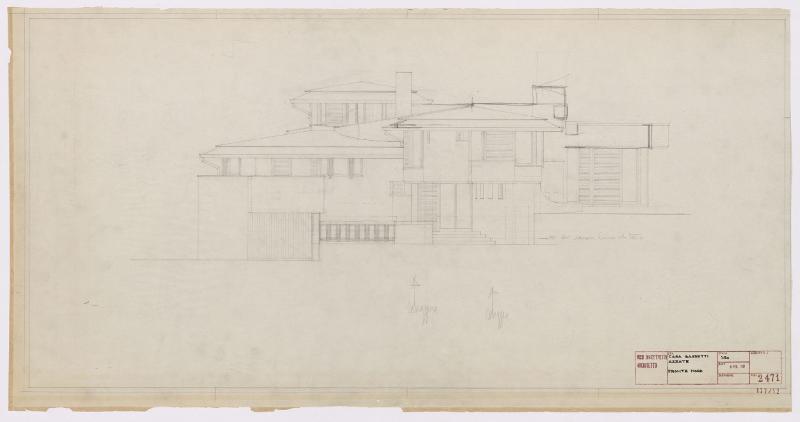 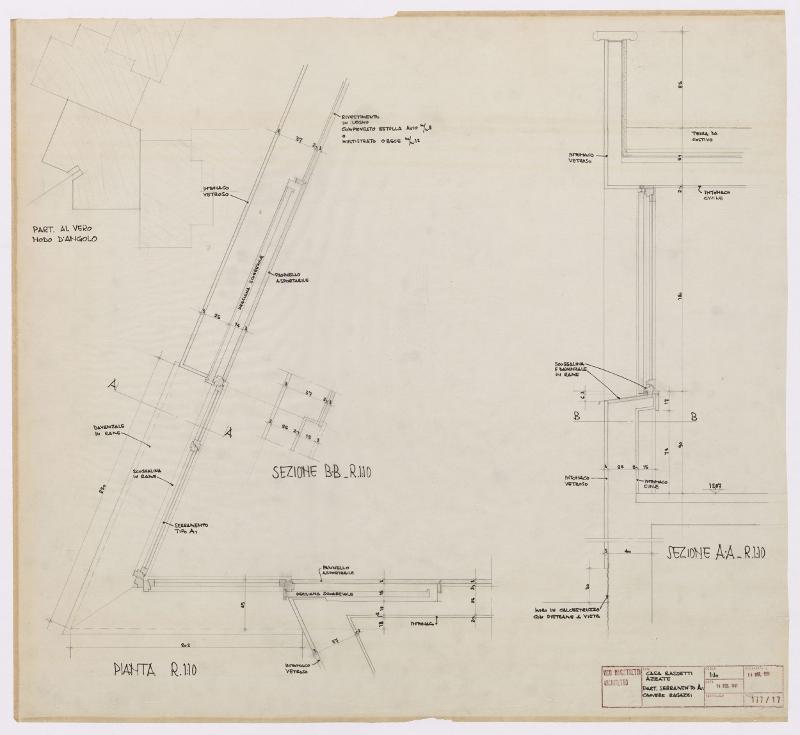 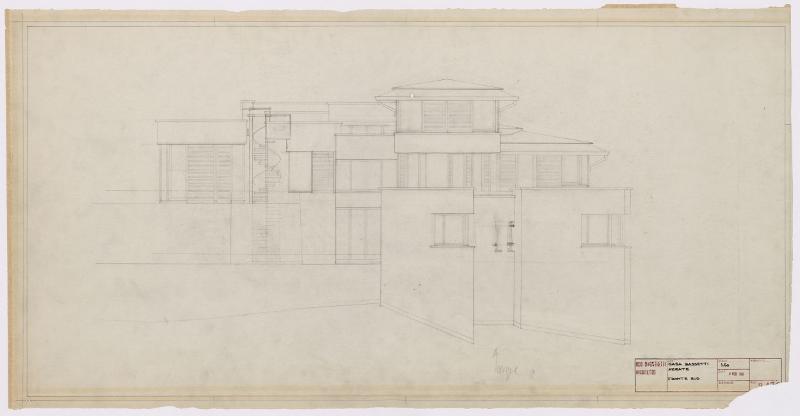 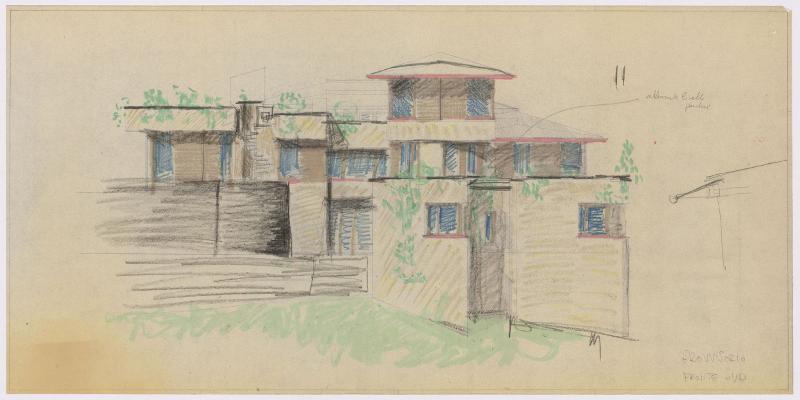 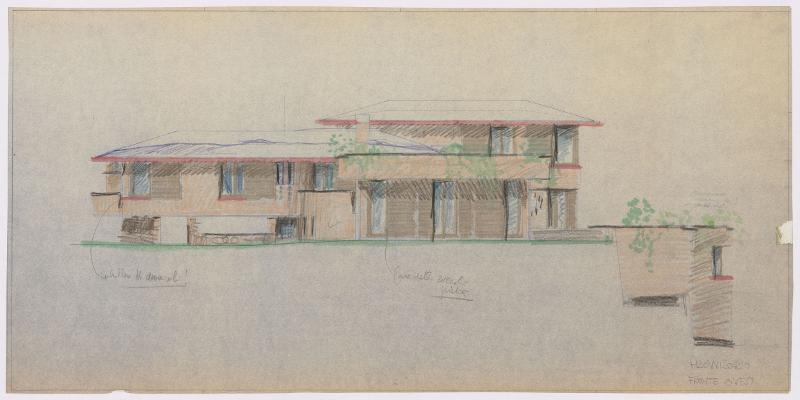 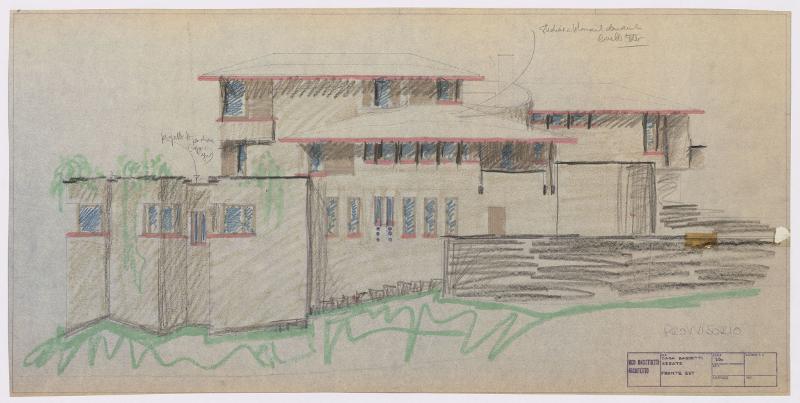 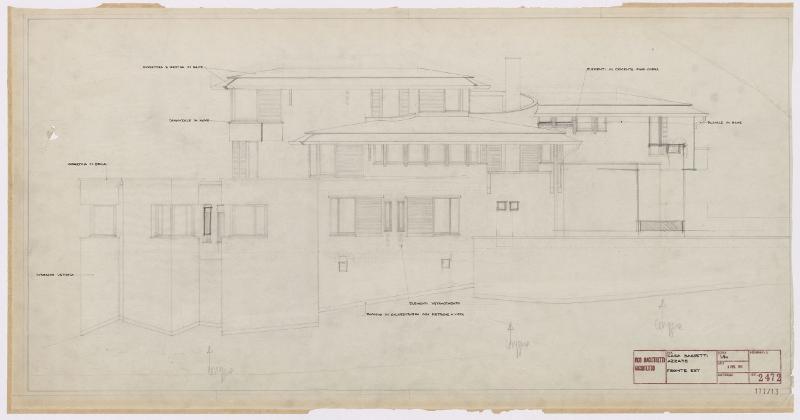 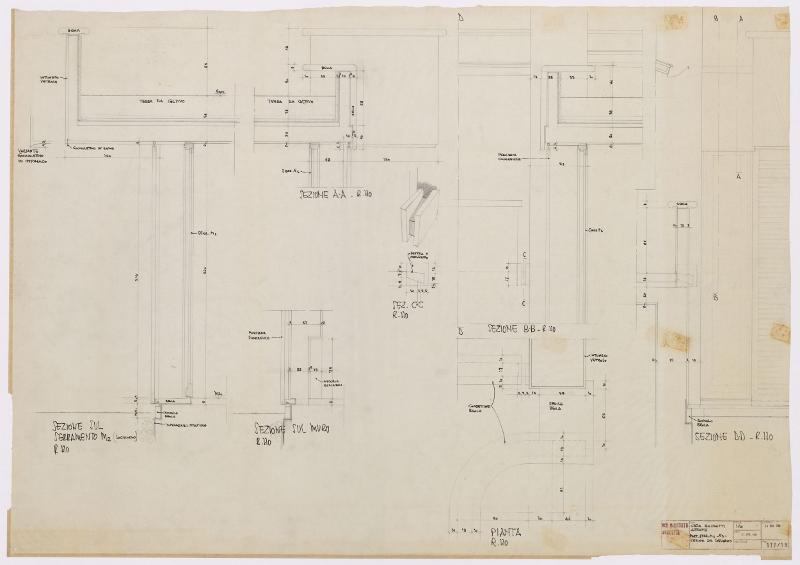 Villa Bassetti stands on a rugged piece of land close to a terraced hillside facing Lake Varese and is surrounded by a pine grove, left untouched during the project.

Its complex plan, with three functional volumes, reflects the designer's attempt to adapt the house to the lie of the land. An entrance portico along the north-east side of the house leads to the day area and the living room, accessed directly from the steps under the portico. A staircase leads from the ground floor to the intermediate first floor with the studio and guest rooms and then on to the upper floor with the master bedroom overlooking the living room decorated with a drawing by Renato Guttuso hanging against a white plaster wall. The servants' wing, at the same level as the entrance portico, includes the kitchen and dining room opening onto a partially covered loggia. Instead the north-west front is characterised by a fan-shaped volume with the children's bedrooms, accessed by an independent staircase and arranged around a communal playroom. The children's area and the garage are covered by roof garden terraces while the rest of the house has pitched, copper sheet roofs. The interior floor plan has been radically modified to create four independent apartments.

Together with the villas in Ello, Carimate and Barzana, the house in Azzate - radically modified over the years - is part of a study on contemporary living, considered the "bridgehead" of a modernist "Palladianisation" of the traditional holiday landscape of the Lombard aristocracy. In the sixties Magistretti's architectures boosted the nonchalant revival of dwelling-in-nature embodied by the informal country houses of an upper class that had learned to appreciate industrial design as a new form of signature collectionism. Rather than individual "objects", Magistretti proposed sophisticated environmental paintings (Irace, 1999, p.23).