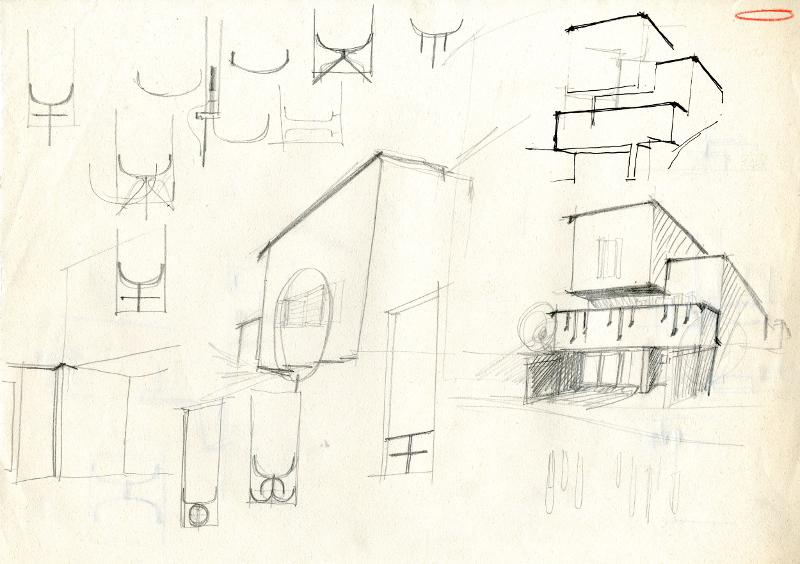 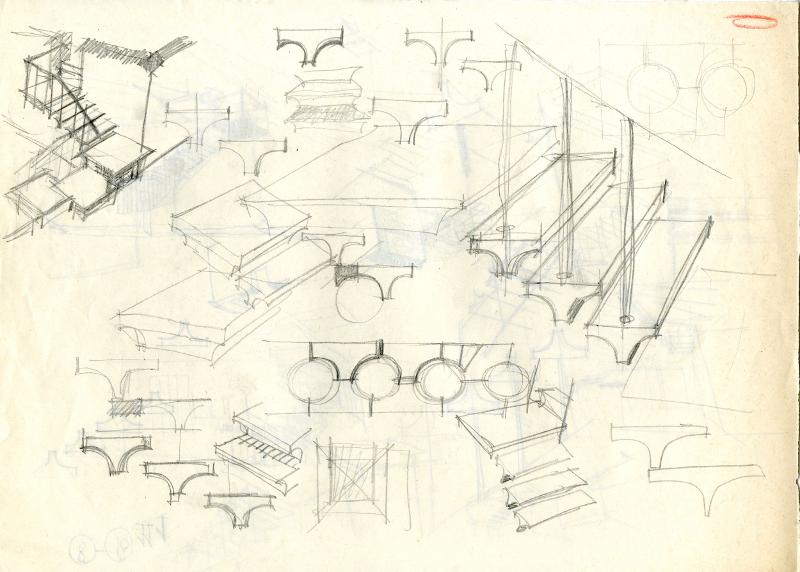 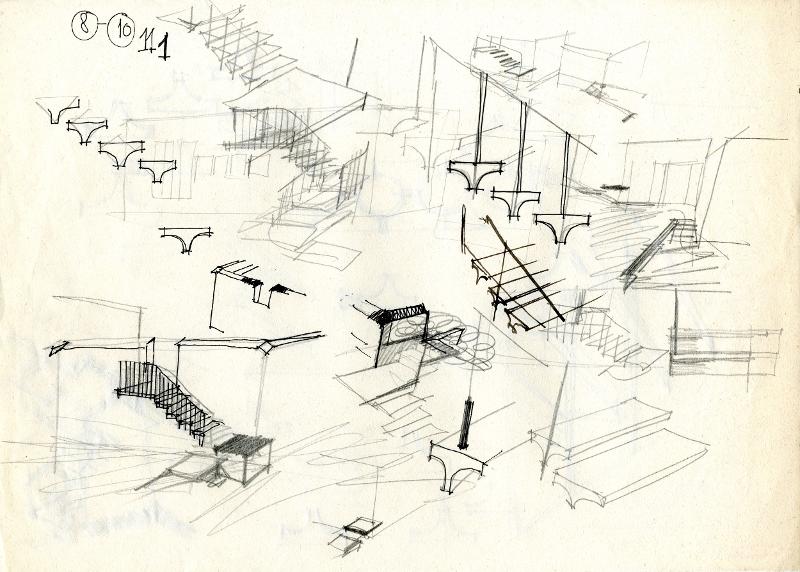 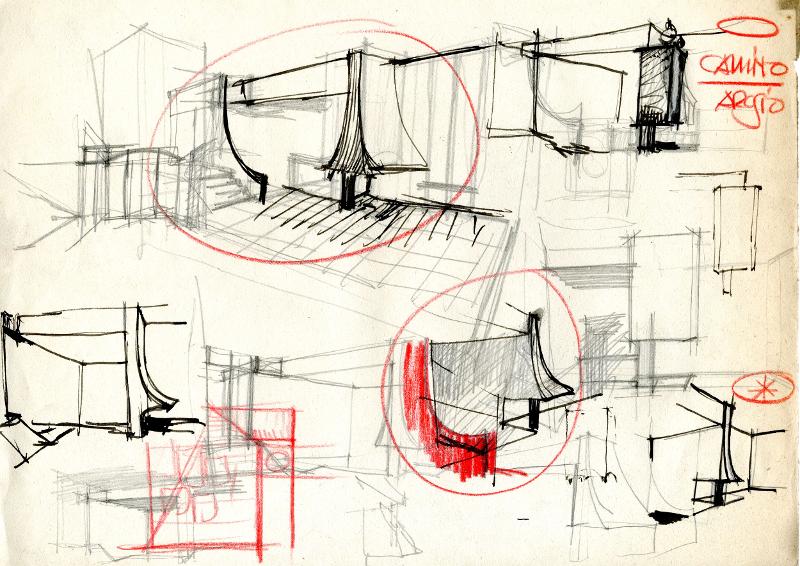 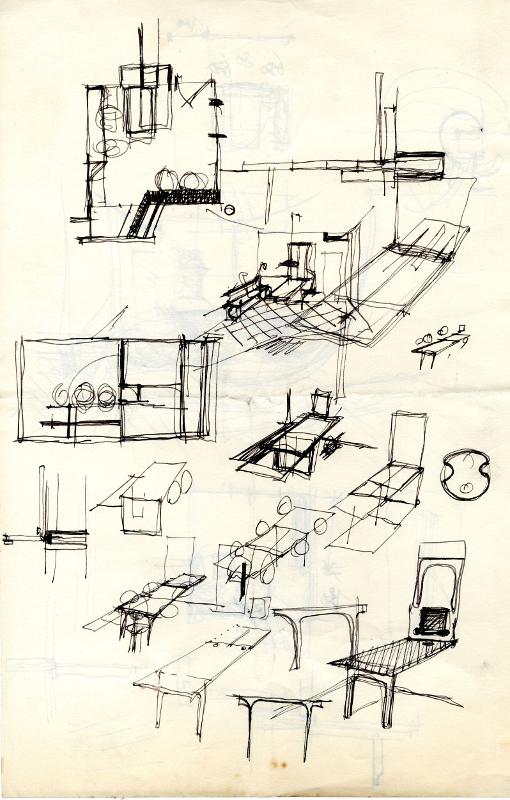 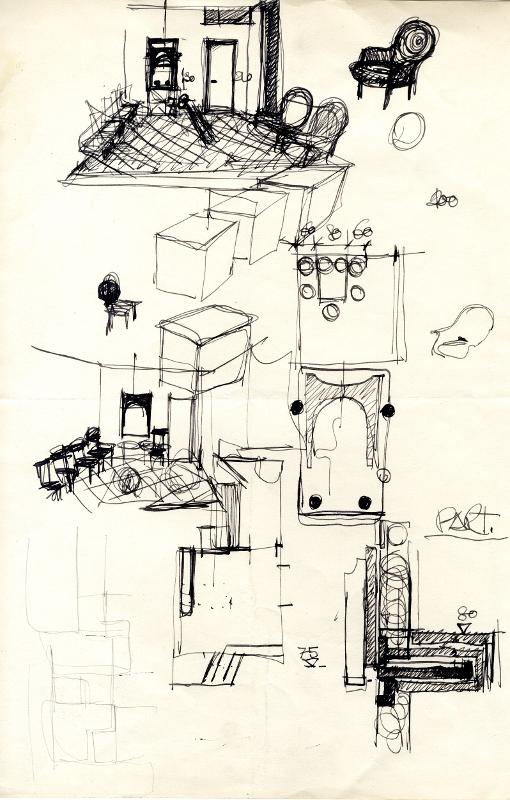 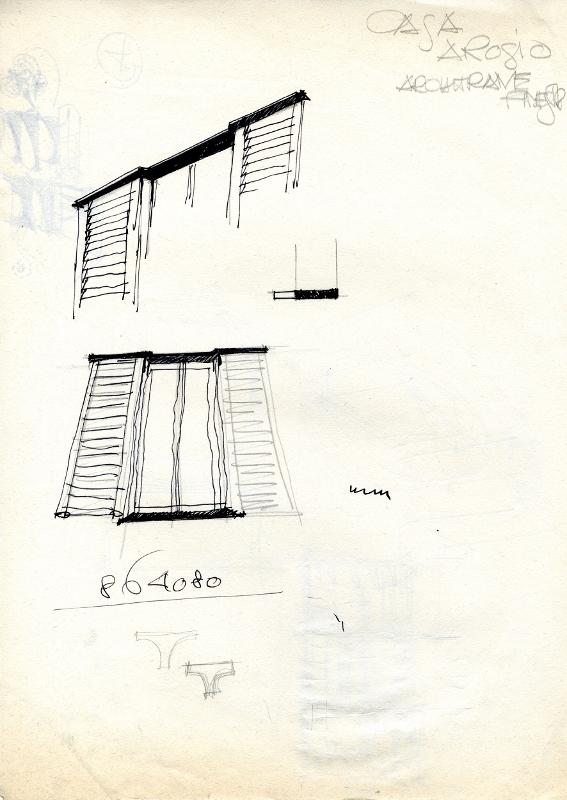 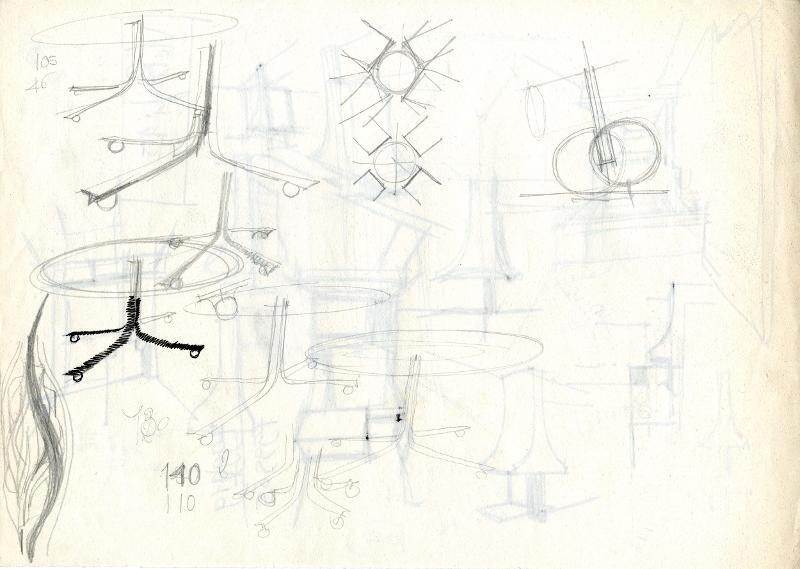 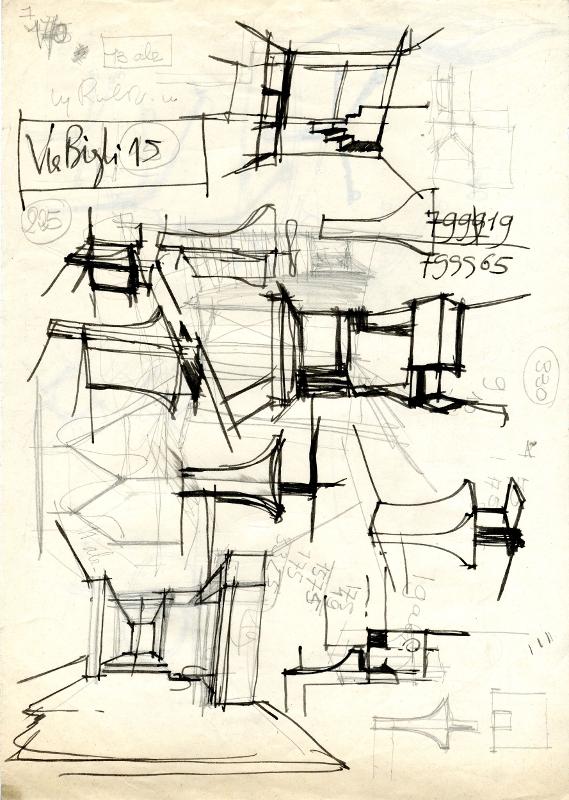 Roof: flat with a roof garden

As part of the ambitious urbanisation project of the Arenzano pine grove, designed by Ignazio Gardella, Marco Zanuso and Guido Veneziani, this single-family house designed for Paolo Arioso's family was chronologically the first project by Magistretti in the residential area of Capo San Martino which soon included the Marina Grande complex (1960-1965) and Casa Gardella (1963-1964).

The separate volumes that make up the house follow the sloping lie of the land; an external, shaped, reinforced concrete staircase, without a railing, connects the volumes of the building. The stairs, designed together with the landscape designer Elena Balsari Berrone, also lead from the entrance up to the roofs, each intended to function as a series of roof gardens that help to merge the built and the landscape. Numerous outdoor paths between the gardens provide unexpected views and panoramas.

The complex morphology of the exterior is reflected in the interior and the many far-reaching views it provides thanks to a decision to replace traditional partition walls with short flights of steps that connect but also divide the rooms depending on their function. The plan recalls the Raumplan concept developed by Adolf Loos for buildings such as Villa Steiner (1920). The heart and soul of the domestic space is a sprawling living room connected to the entrance - on a higher floor - to the dining room, lowered and protected by the fireplace, and, quite unexpectedly, to the master bedroom which, if required, can be screened by a sliding shutter. The design of the children's area heralds the solution adopted for Casa Bassetti at Azzate (1960-1962); it is autonomous compared to the layout of the plan since it is isolated on the top floor and projected outwards onto a terrace-garden that provides direct and independent access to the rooms.

The villa was built by the Genovese company owned by Otello Celadon; the solid brick structure has an air chamber and concrete horizontal elements. The outer façades are protected by a mix of white concrete and glass powder that give the surfaces a translucent finish. Coupling this material with the slate window sills and small cover structures creates a mild chromatic contrast, while the doors, windows and shutters are made of pitch-pine painted white like the walls.

It was indeed these shutters that triggered the controversy surrounding the villa at the eleventh and last CIAM congress held in Otterlo in 1959: along with the house's environmentalist design they were considered not only a sign of rebellion against rationalist orthodoxy, but also helped to widen the gap between the designer elite in Europe and contemporary Italian architecture (focused on reinstating references to the country's own building history, traditions of the site, and relationship with the environment, so obvious in Casa Arioso).Together with the Velasca Tower by the BBPR, the Olivetti Cafeteria in Ivrea by Ignazio Gardella, and the residential complex in Matera by Giancarlo de Carlo - presented at the same congress and equally criticised - the house in Arenzano can be considered one of the most significant examples of the "Italians' retreat from the Modern Movement", theorised by Reyner Banham in April that year and strenuously defended by Rogers as the result of a discussion on the evolution of Rationalism that could no longer be avoided.