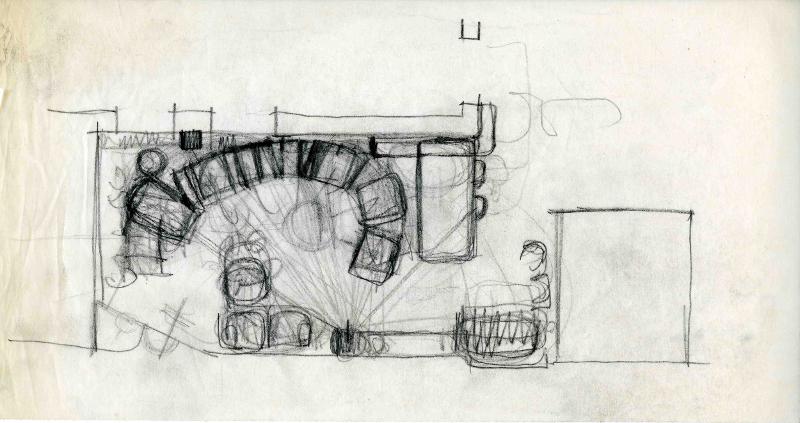 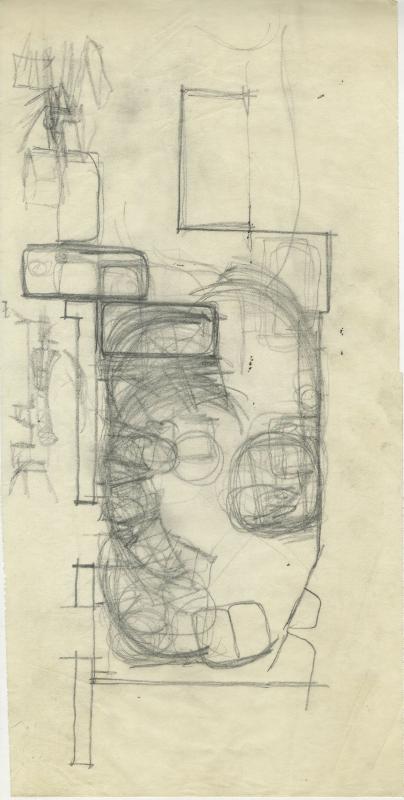 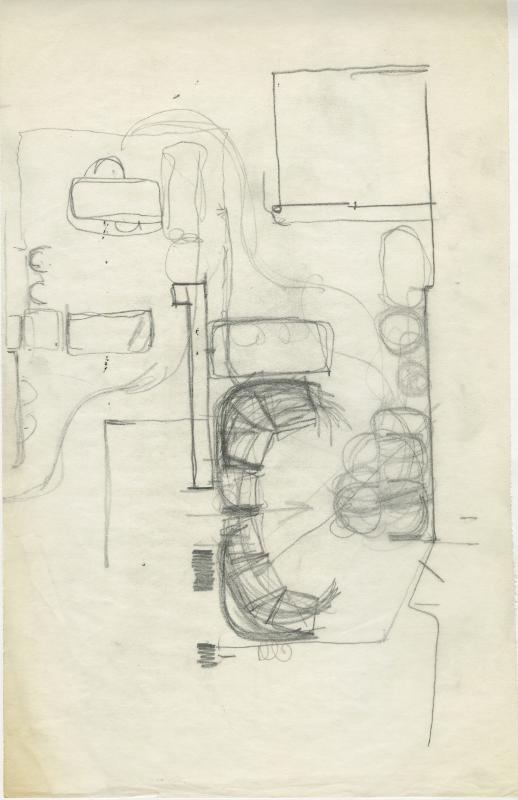 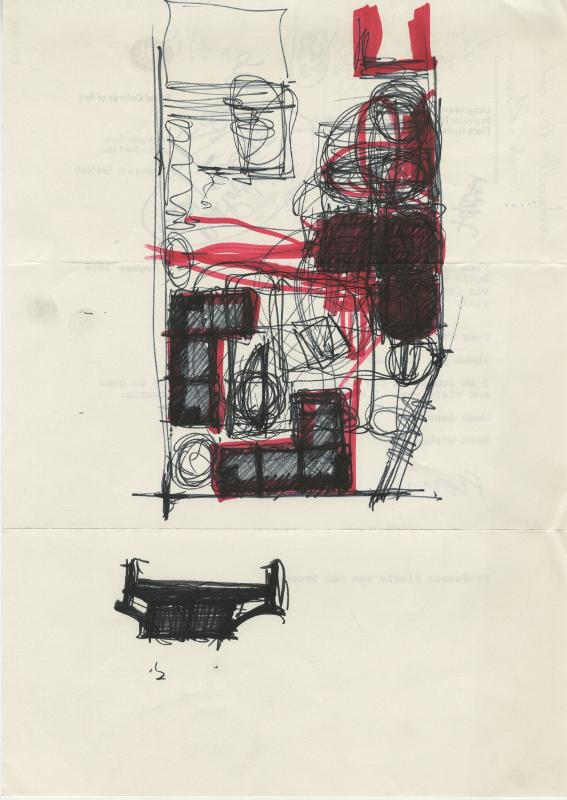 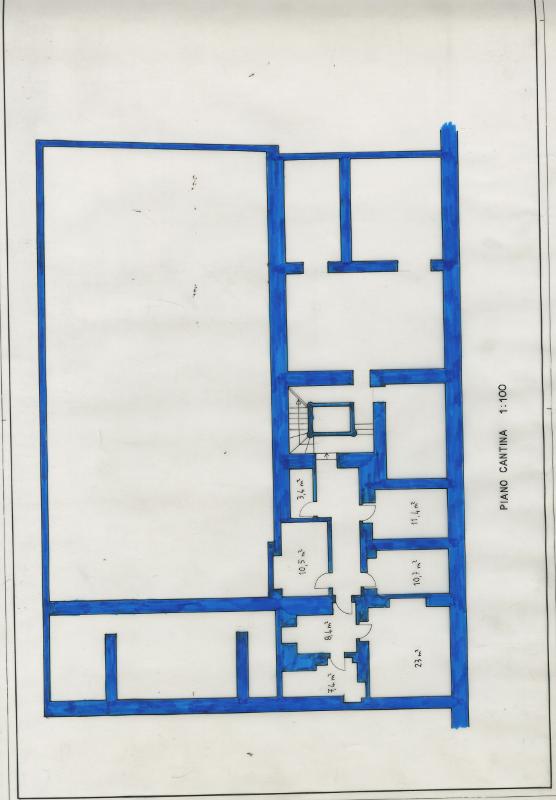 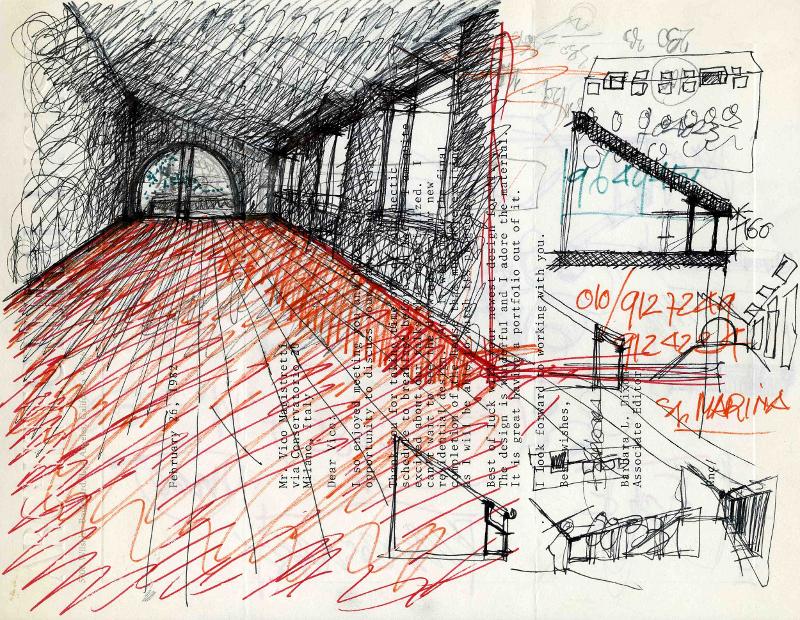 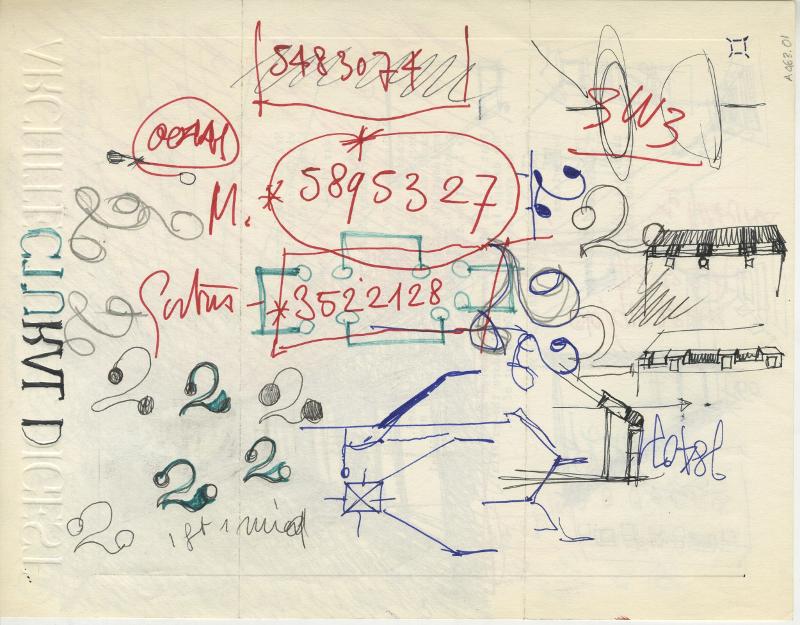 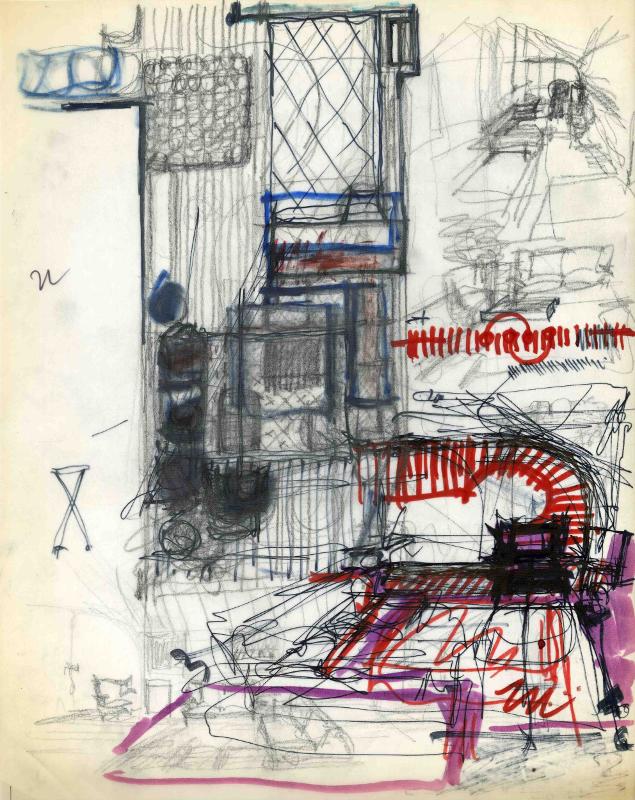 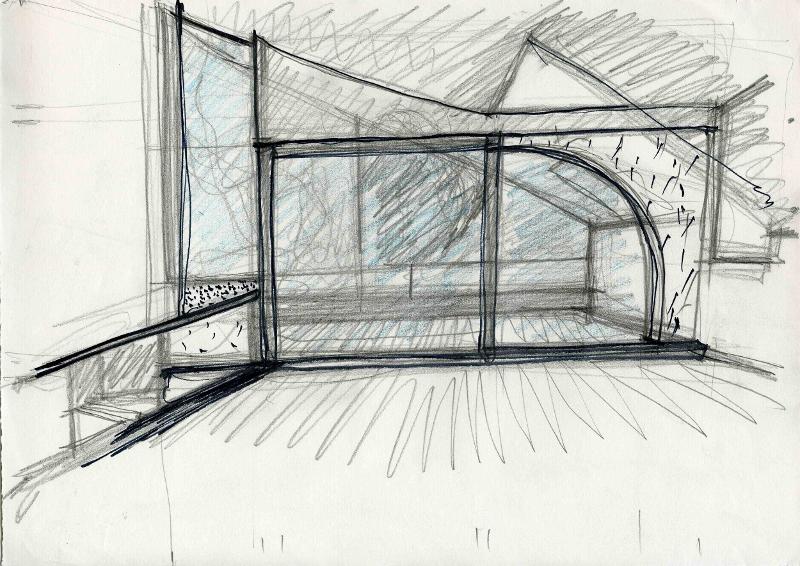 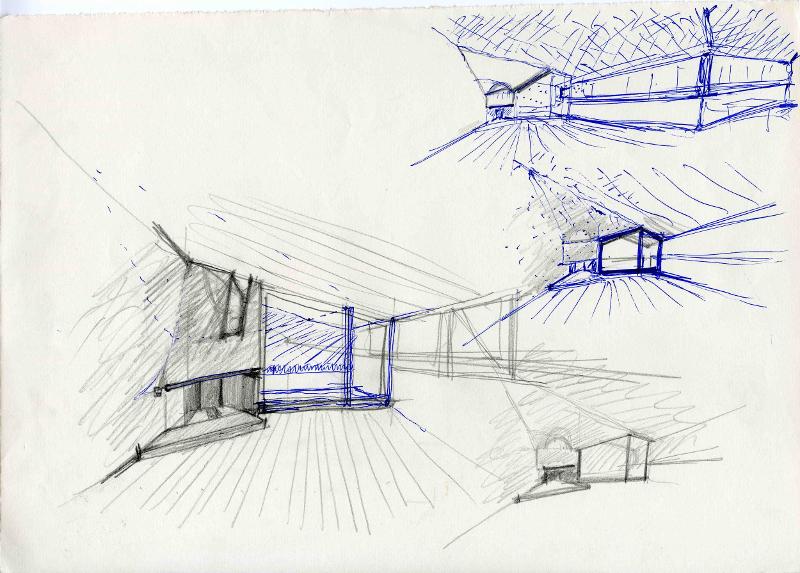 The apartment is actually an attic located in a building constructed during the Napoleonic period. Designed by one of Magistretti's ancestors (Gaetano Besia), the architect restructured it completely between 1984 and 1985. The essentially L-shaped spatial and planimetric layout revolves around a patio created between the building's pitched roofs. Light enters the open-space day area from the patio while the full-height window at the rear of the living room provides a view over the centuries-old condominium garden. Magistretti made numerous sketches of the window during his untiring attempts to redesign it: although ostensibly a detail, in actual fact the window inspired most of the apartment's simple elegance (as well as incredible luminosity), not least due to his decision to paint the walls and ceilings in a bright shade of white and install a blond teak floor. The key role of this view over the city, dominated by the San Carlo Tower and the Cathedral, is further emphasised by his rather unusual decision to place a fireplace in one corner of the living room next to the window; the simple beam and wood contour fireplace is the focal point of the conversation area enlivened by a Sindbad sofa.

Magistretti's studio at the end of the small hallway is screened by several Nuvola Rossa bookcases - designed for Cassina - which not only ensure a modicum of privacy, but also draw attention to the patio. The dining area and adjacent kitchen are located on one side (the kitchen has Dama series furniture, designed for Schiffini and characterised by the use of chequered serigraph glass), while the living room is on the other side. On the opposite side, the hall leads to a corridor with the guest bedrooms, bathrooms and, at the end, the master bedroom and wardrobe area that together create a single volume.

The house is furnished with some of Magistretti's iconic Italian designs (apart from the aforementioned pieces, old photographs show there were Atollo and Sonoro lamps, VicoSolo and Carimate chairs, and prototypes of objects which were never produced). The atmosphere in the apartment is created by a balanced mix of these objects and many other objects with sentimental value: his father's rough wood desk, the nineteenth-century capitonné leather chair made by a craftsman from Palermo, and the sculptures and vases he collected during his long travels.